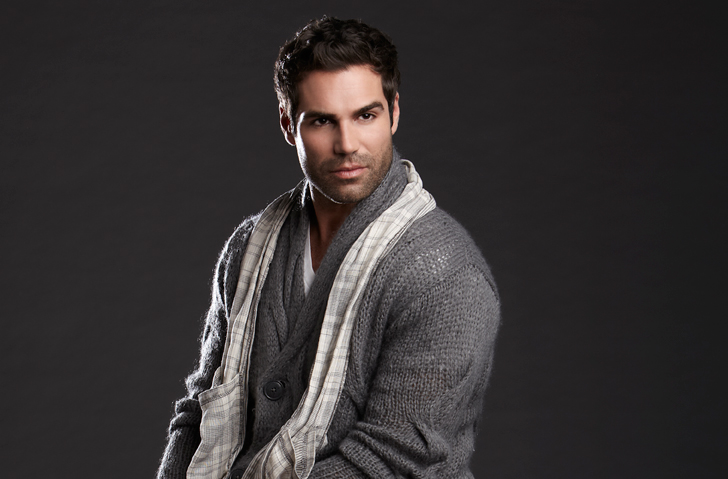 Runway: What about your role as the cardiologist, Dr. Griffin Castillo, initially attracted you?

Jordi Vilasuso: I liked that the character was a very respected physician and was passionate about his vocation. I come from a medical family, so I loved the fact that I could pay homage to all of them.

R: So the medical field was of interest to you before you started the show?

JV: I always told my father, who’s a pain specialist, that although I’d never be a real doctor, I would someday play one on TV!

R: So you’ve always known you would become an actor?

JV: Yes. I’ve always been inspired by great stories and the great actors who have brought them to life. The fact that I’m in this profession is a boy’s dream come true.

R: In what other ways can you relate to your character-other than the passion and rugged masculinity?

JV: Griffin cares deeply for his family and is loyal to a fault. When he commits to something, he’s all in.

R: What aspects of your character are difficult to connect with?

JV: A lot of the medical jargon and techniques that come with being an MD can be difficult, but I always have my family on speed dial if something comes up.

R: What can we expect next from the relationship between Griffin and Alicia Minshew’s character, Kendall?

JV: Well, her husband and father of her children has just somehow miraculously come back from the dead-soaps! That situation puts my character in a very difficult position-he’s in love with her, but also has to accept their marriage and allow it to exist without interfering. It’s a kind of noble struggle that I think bonds Kendall and Griffin. However, at the end of the day, Griffin’s heart is breaking and it sucks!

R: We’re sure you don’t walk around in hospital scrubs when you aren’t on set, but would you say your personal style is similar to your character’s “off-duty” wardrobe?

JV: In some ways. I like that it’s relaxed and rugged. I like clothes that fit comfortably and are easy to move in. Some of the T-shirts on the show were a little too tight-and of course I know why they did that-but I felt it was a bit much and the situation was quickly resolved.

R: Who are some of the designers you wear the most or gravitate toward for that comfort of movement?

JV: Definitely John Varvatos. I think his clothes fit me perfectly and have a subtle edge to them.

R: What type of upcoming projects do you have planned outside of All My Children?

JV: None at the moment. My focus is on the job at hand and the journey that lies ahead as we wrap up the show.

R: You’ve been on TV shows, in movies and even in a high school musical. Which kind of performing do you prefer?

JV: I prefer film. There’s so much more time to rehearse and to get to know what you’re doing. There’s also a lot less dialogue to memorize!

R: Do you see yourself playing dramatic roles in the future or are you interested in venturing into other genres?

JV: I see myself being open to different characters that are suited for me, and look forward to the kinds of parts that will be available to me now that I’m in my 30s.