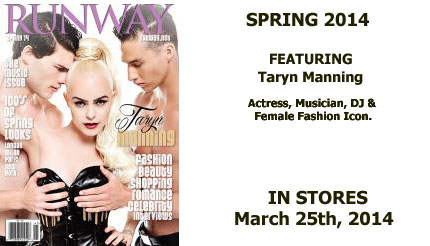 Since making her film debut in the romantic drama Crazy/Beautiful at the start of the new millennium, Manning has acquired an impressive resume. Credits include 8 Mile, Hustle and Flow, her work in the current award winning comedy drama TV series Orange is the New Black and an abundant list of projects slated to release this year.

Check out her exclusive interview in The Spring 2014 Issue of RUNWAY.

Download it through the RUNWAY US app available through the Apple App Store, Google Apps or find it in print at your local bookstore.