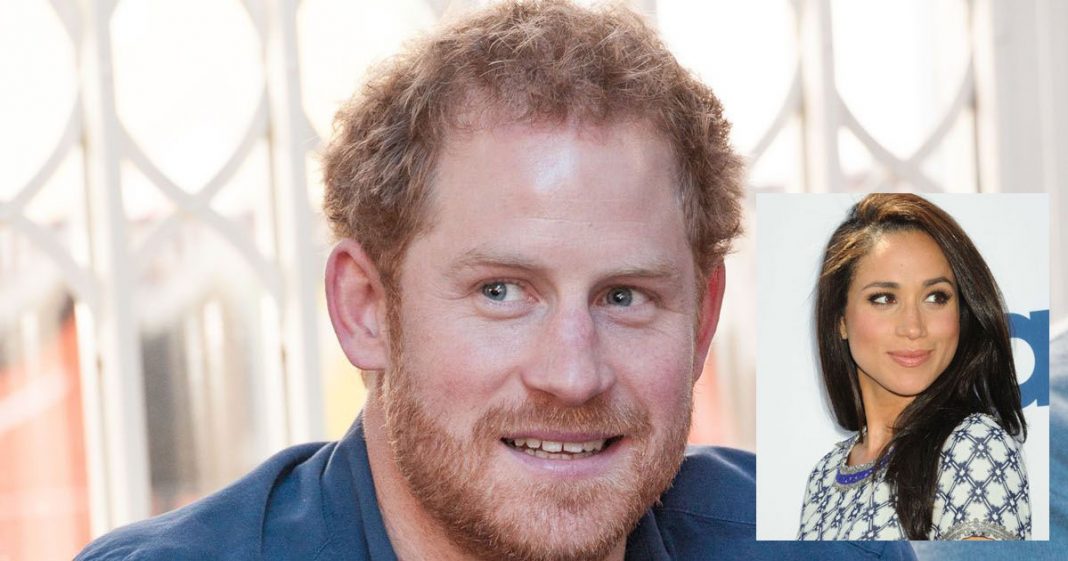 Prince Harry has been secretly dating a new American girlfriend and he’s “besotted”, it has been claimed.

The royal has been conducting a low-key, Trans-Atlantic romance with Meghan Markle, an actress best-known for her role in the popular tv show ‘Suits’, for several months, according to reports.

Harry met Markle in Canada, who is from Los Angeles but lives in Toronto where Suits is filmed.

The 32-year-old prince is believed to have met the brunette bombshell there while promoting his Invictus Games for disabled servicemen.

The event is due to be held in the city next year.

The pair have been for several secretive dates in London, according to the Daily Star.

Markle ,35, who is also known for her humanitarian work, was spotted in the Royal box at Wimbledon this year, and posted a picture of her visiting Buckingham Palace on July 5.

She was married to producer Trevor Engelson but they split in 2013, according to US weekly.