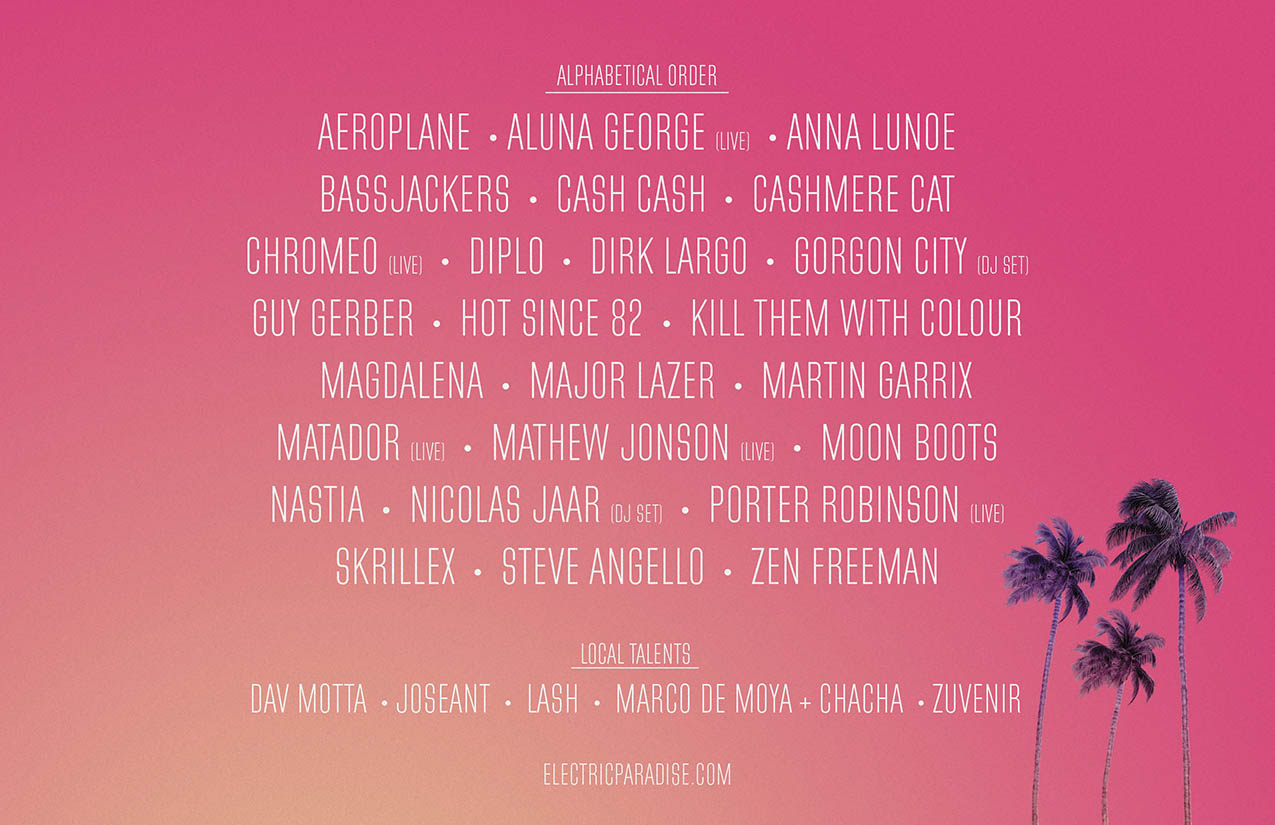 Electric Paradise Music Festival, located in the Dominican Republic, announces its full 2015 lineup featuring Skrillex, Nicolas Jaar, Steve Angello, Guy Gerber, Martin Garrix and more. On December 19th, this multi-stage, multi-genre and multi-sensory festival, located in Punta Cana, will be welcoming an eclectic array of 20+ world-class music artists for its 2015 edition, just steps away from what many consider to be one of the most beautiful beaches on Earth. In addition to music, Electric Paradise will also offer art, food, design, technology, story-telling and paradise in one inspiring experience.

As the first festival in the country to feature simultaneous stages, and the biggest festival in the region, Electric Paradise now boasts a full lineup that cements its status as one of the most exciting music events. After initially announcing everyone from the megastars Major Lazer, to tech-house maven, Hot Since 82, in the phase 1 lineup, and acts like Nicolas Jaar, Guy Gerber, and Matador shortly after, the festival rounds out its already impressive bill with some of the most in-demand artists in the scene, such as OWSLA’s Skrillex, Mad Decent’s Diplo, Dutch prodigy, Martin Garrix, and more. In addition to these talents, Electric Paradise also features a handful of the top local acts, including the house maestros, Lash, young gun, Dav Motta, and more.

With its eclectic array of talent, and all of the other unique attractions that the festival has to offer, Electric Paradise is sure to leave attendees glowing with happiness as we move into the holidays and new year.