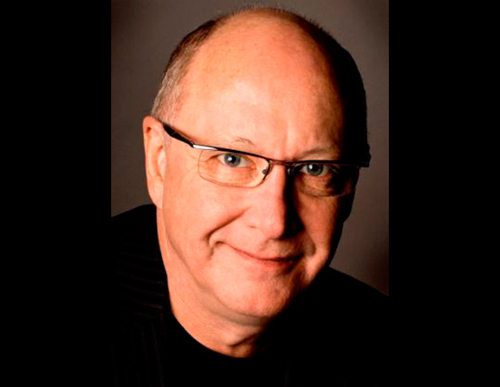 Hidden in Soho is London’s exclusive Ivy Club, the perfect place for a drink and a chat with one of the world’s most famous and respected hair dressers. Trevor Sorbie attracts everyone who meets him with his warm smile and easy-going persona. Sitting in a quiet corner by the bar, I can’t help but notice how comfortable and easy it is to talk to Trevor, who is dressed in a smart jacket and trendy jeans. Born in Paisley, Scotland, the son and grandson of barbers, Trevor set out as a young man of 23 and landed a job at Vidal Sassoon in London. He has styled pop stars, models and society girls, not to mention such notable clients as Rex Harrison and Paul McCartney. After becoming Vidal Sassoon’s Artistic Director, Trevor was on his way to stardom in the field of hairdressing. With the meteoric success of three salons across the UK and the launching of his hair products internationally, Trevor has been in several television appearances, has won the ‘Hairdresser of the Year Award’ and has even visited Buckingham Palace to receive his MBE from Queen Elizabeth.

Most recently, Trevor has proven that his talents run far beyond the catwalk into the lives of female cancer patients who have lost their hair. In 2006, Trevor launched ‘My New Hair’ as a non-profit organization for these patients, and it has benefited ever since from his loyalty and artistic, creative endeavours in customizing wigs for women who suffer from medical hair loss. Trevor also organizes seminars with L’Oreal Professional to train his peers in this unique and specialized service and has had several icons in the hair industry join him to offer their expertise in this most worthy cause. I am beginning to understand how deep Trevor’s passion is in order to make all women feel good. With a noble goal of training at least 400 hairdressers over the next two years, Trevor Sorbie certainly has proven to be a cut above the rest.

TAMARA: What is your own personal philosophy as a hairdresser?

TREVOR SORBIE: I don’t cut from a hairdresser’s point of view; I cut from a man’s point of view. I like to give a woman something that’s not unfamiliar to her, but that has a modern day twist versus a classic hairstyle.

T: What lies behind your expression of creativity as a hairdresser?

TS: It’s not what I know but what I don’t know. I have always tried to be a pioneer in hairdressing, i.e. inventing hair styles instead of copying them. To explore the unknown; that attitude really keeps me alive as a motivated hairdresser.

T: Who is your mentor in this industry and what inspired you in your toughest moments?

TS: Vidal Sassoon, because he didn’t just invent a hairstyle, he invented a technique that has been adapted by every hairdresser in the world. I’ve always believed in myself both, in the good and the bad times. I believed I was strong enough to rise above any negative moments, which I’ve had many and have overcome. These problems were overcome with my self-belief.

T: What is one of the most creative moments in hairdressing with a client that you have ever had?

TS: There was a passage of time in the late 70’s and all of the 80’s in the hairdressing industry. It was the most competitive and creative time in my whole career. That was the era when I invented my most famous hairstyles, e.g. The Wedge (late 70’s)

T: What is your own favorite personal hair invention that you have ever created?

T: How has expanding your salons changed things for you personally from your very first, and only, salon in the past?

TS: I believe in quality rather than quantity, but I’ve proven to myself that if it’s well-organized you can open other salons and still retain that quality, but to do that, I have to be present in all three of my salons to maintain that quality and standard.

T: If you can cut and tell (pardon the pun) which celebrities have you worked with, and who would be at the top of your list to style for in the future?

TS: I’ve always wanted to restyle Madonna because when she decides to change her image, it’s from top to toe. She is the queen of reinvention and whatever she does, it’s edgy and I like that. Celebrities that have visited our salon, range from most recently, Cheryl Cole, Denise Van Outen, Grace Jones, Bryan Ferry and the Beach Boys.

T: What is your latest most fulfilling endeavour in your career and why?

TS: Cutting and customizing wigs for cancer patients, and I’m in the process of training other hairdressers to create the same service throughout the UK. If I can achieve my goal of training 400 hairdressers, I will take this initiative worldwide.

TREVOR’S SALONS FROM PAST TO PRESENT

This miracle treatment not only gives you hair therapy, but gorgeous frizz-free and manageable hair for those unmanageable manes! It eliminates troubled hair for up to 12 weeks, creating a salon-style blow dry every time with ultimate shine at home, whilst working wonders on every hair type including chemically treated hair.

Priced at £165.00 including a specialist after care Shampoo and Conditioner