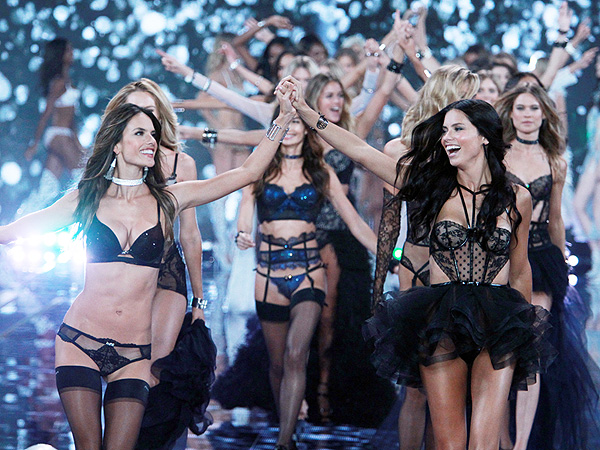 Ten angels just got their wings, and some free bras.

KATE GRIGORIEVA is an accomplished ballroom dancer. She graduated from art school and received her Bachelor’s Degree in Marketing before starting her modeling career.

TAYLOR HILL was scouted at a horse ranch in Colorado. She likes new music, reading, snowboarding and practicing yoga.

MARTHA HUNT was discovered in her home state of North Carolina at a modeling competition. She likes to cook and stays active with surfing and dancing.

JAC JAGACIAK was discovered during a casting at a shopping mall in her hometown of Puszczykowo. She comes from an athletic family, and trained in track and field since childhood. She enjoys playing sports and cooking.

STELLA MAXWELL has lived all over the world. She was discovered by a New Zealand agent, loves racket sports, hiking and travel.

LAIS RIBEIRO stays active with boxing, volleyball and soccer. She also has a passion for salsa dancing.

SARA SAMPAIO has won the Portuguese “Best Female Model” Golden Globe multiple times. She is a brown belt in karate, plays the violin, and loves to surf.

ROMEE STRIJD has a passion for interior design and cooking. She stays fit with running and boxing.

JASMINE TOOKES practiced gymnastics for 14 years and played high school volleyball. She is a self-described “foodie” who loves trying new and exotic meals.