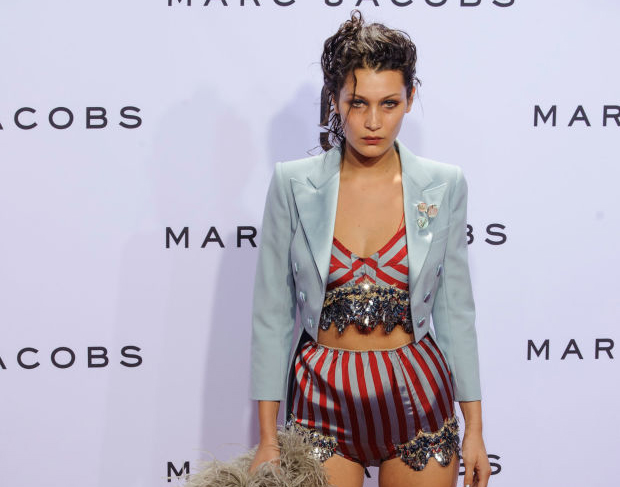 WITH A NIGHT AT THE THEATER

Watch it on RUNWAYTV.com on live feed all this week.

Americana gets a jazzy, glamorous makeover this season.

by DHANI MAU via Google Feeds

As you’ll probably read in a lot of write-ups of Thursday night’s show, Marc Jacobs is a true showman, and his seasonal runway shows are not just about the clothes — they’re about creating an experience, and that was especially true for spring 2016.

For me, said experience began at about 5:40 p.m. on Thursday, when the conductor on the B train announced that it would be running local, and then we stopped moving altogether for what felt like a very long time. Soon, another Ziegfeld theater-bound showgoer on the train informed my friend and I that she heard they would be “closing the doors” at the venue promptly at 5:50. (While everyone knows Marc Jacobs starts his shows on time, we thought we’d be okay rolling in at, like, 5:57.)

Panic ensued, but we miraculously made it out of the 7th Avenue subway stop by 5:50 and proceeded to (literally) sprint the two and a half blocks to the theater. Of course, as always happens when you sprint to a fashion show, we made it with time to spare — and to grab some much-needed water and popcorn from the fully stocked concession stand. (A major publicist even told me, somewhat sternly, to “relax” and “stop running” as I arrived.)

Then I remembered I was in a theater. The venue was arranged so that models walked outside onto a red carpet, where photos were taken in front of a Marc Jacobs step and repeat (like a movie premiere!), then into the bottom floor lobby, then up the escalators to the second floor concession area (where I was seated), then into the actual theater, where a live jazz orchestra played and really good Instagrams were taken.

You might think that all that, plus the blaring, cacophonous music, would distract from the clothing. But nothing could distract from this clothing: If the models were supposed to look like they’d been out all night, they must have raided a Broadway costume archive before they started partying.

While “costume-y” is not typically considered a positive way to describe fashion, it worked here, because it was clearly Jacobs’s intention and the clothes were well done — and styled perfectly. Turning up the volume even further than he did last season, he showed more colorful, sequined gowns than we’ll likely see all awards season. Fourties-inspired suits and outerwear printed with the faces of actresses from a bygone era also demanded attention. Interspersed between the more formal, statement-making looks were some worn out-looking collegiate sweaters — great street style bait for next season and, perhaps, an example of how the now defunct Marc by Marc Jacobs has been folded into the main line. The same can be said about the long-sleeved American flag tees, simple flannel button-downs and a denim jacket covered in patches. There was an Americana theme that pervaded the bold collection.

Jacobs also presumably devoted the resources that used to go into the Marc by Marc show to create a bigger, better event for his main line, the best part of which may have been the finale. Because of the complex runway, things got backed up about halfway through, and the last few models — Jenner, Smalls and Elson among them — were stuck walking extremely slowly… much like how us normal folk walk out of a movie theater. As fun as the show was, we were all exhausted from the week, and a crowd of impatient guests got up and walked out right alongside them.

It was an amazing way to end New York Fashion Week and more than worth the sprint, from which I am still winded, but wondering: How is Jacobs going to possibly top himself next season?