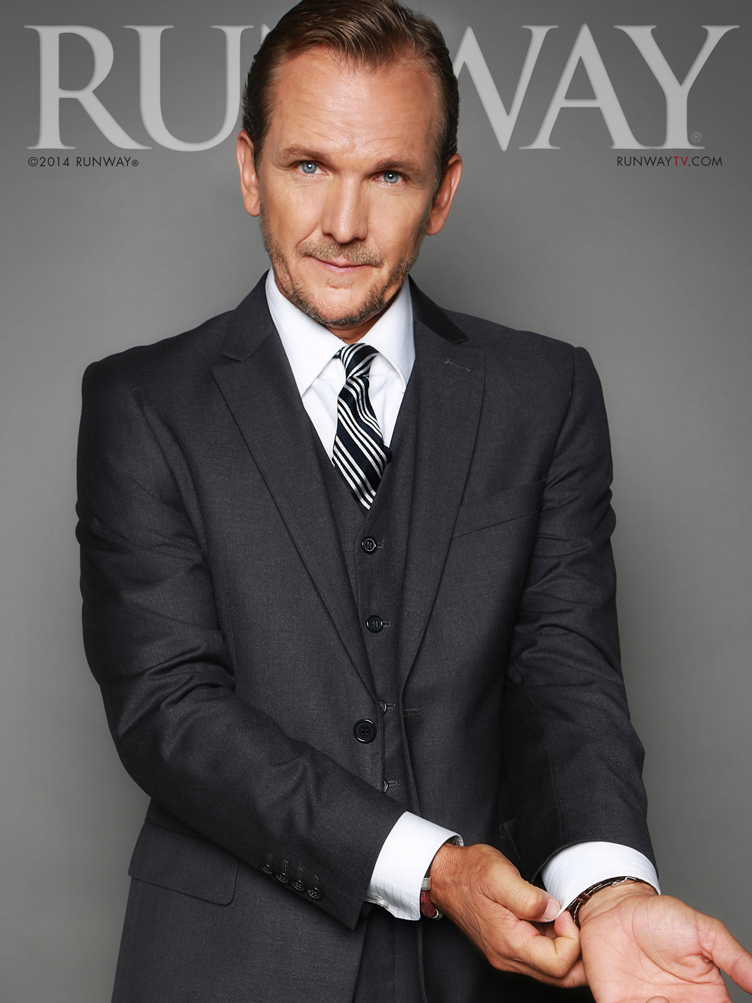 We hear that you just recently celebrated a birthday, congratulations! Was there a big celebration for the special occasion?

Yes there was. My beautiful wife surprised me with a party with family and friends. We had an amazing DJ, a taco stand, a photo booth and it was perfect to be surrounded by loved ones. My cousin even flew in from New Mexico! I was extremely touched. It’s the second surprise party of my life; the first being my 18th!

You have delved into the world of classical theater in the past, and you’re a writer as well, when did you first discover you had a love for acting?

I discovered I had a love for acting very early in life. As a child, I would dress up in costume and imagine myself in different scenes. I was always fascinated by classical movies and theater, especially Alec Guinness (a family friend) and Laurence Olivier. They became my virtual mentors as I read their books avidly. My father also had a great passion for acting and encouraged me to pursue it. I was also deeply influenced by Brando, De Niro, Pacino and Peter O’Toole. I realized my dream after being accepted into the prestigious ConservatoireNational Superier D’art Dramatique in Paris.

You have gained a substantial amount of popularity from the roles you have played in the past. Appearing on General Hospital, The Vampire Diaries, The Adventures of Tin – Tin, and Beowulf. What would you say has been your favorite character to play?

My current favorite is definitely Mikael, the patriarch of the Mikaelson clan on “The Vampire Diaries” and “The Originals.” It requires an intense amount of focus to play such a fascinating and terrifying character. Mikael has perfected the art of chaos, revenge and cruelty over centuries and assumed an almost monster-like presence over his brood. I love the complexity of the character because his hatred is actually rooted in so much scorned love. There is a Shakespearean and operatic dimension to Mikael that appeals to me enormously. I also love the physically demanding aspects of playing him. It’s so much fun to train and choreograph the fight scenes with everyone. It comes naturally to me due to my background in muay thai and judo.

I’ve read that you enjoy activities such as rock climbing and that you even lived on a boat for some time. As a guy who enjoys the outdoors, what would you say is your favorite activity? Also, do you have a favorite brand of athletic clothing or any gear that you just can’t live without?

My favorite activity at the moment is rock climbing. It’s the perfect blend of physical and mental exertion. It’s like doing yoga on the rocks. A mental and physical puzzle while you are at one with nature. It’s deeply humbling and challenging to attempt to lead a climb without falling. I like Under Armour and Prana for climbing gear and La Sportiva Miura and 5.10 ASYM climbing shoes.

Speaking of clothing, on a more polished note, we have seen you in Lanvin and their suits definitely suit you! Do you have any other favorite designers when you want to dress to impress?

I love Lanvin. Their suits are sublime. I’m also a huge Tom Ford fan. My friend Duncan Quinn makes gorgeous suits. I also enjoy Paul Smith, Margiela, John Varvatos and Givenchy. As for shoes, I like Ferragamo and Fiorentini Baker boots. All Saints is my favorite brand for everyday casual wear.

You just recently wrapped the film, Phantom Halo, and are presently working on a few television series. Can you tell us about some of the new projects coming out?

A Walk Among the Tombstones is a movie directed by the fantastic Scott Frank and starring Liam Neeson. I saw it recently at a screening and it’s extraordinary. It’s a great psychological film noir. Very dark, gripping and beautifully shot. I play a Russian gangster whose life is turned upside down when his daughter is kidnapped. It was a great experience to work with the fabulous Liam Neeson, a prince of a man. I’m also excited for the upcoming season of “The Originals.” I have a feeling this season will reach epic dimensions akin to a Shakespearean family tragedy. I’m very proud of ‘Phantom Halo’, directed by Antonia Bogdanovich and produced by Peter Bogdanovich. It’s the most wonderful script and it was a deeply enriching experience to delve into such a multi-layered character, a fallen British theater star who is now an alcoholic abusive father. It was also fantastic to be able to quote so much Shakespeare on film.

Back to fashion, what would you say is your daily street style when you’re off- camera?

Fiorentini Baker boots, Levis, a V-neck t-shirt and a super cool custom-made Nick Fouquet hat. And there’s nothing wrong with wearing a scarf.

If you weren’t involved in the movie and television industry, what do you think you’d be doing for a career? Are there any other endeavors you still would like to accomplish?

I would like to paint or sculpt. I would possibly be an artist, or musician, or high-performance athlete, or explorer. I could go on.

Being of Scottish and French Heritage, you are fluent in quite a few other languages. Which one would you say is your favorite in which to speak? And which do you think the ladies truly love the most?

I think, in the US, women love an English accent. French is my first language. I love to speak Spanish and Italian also.

For any fans looking to follow in your footsteps, do you have any words of inspiration or encouragement to leave them with?

Never give up hope. Hope is what keeps you going, keeps you alive as an actor. Work hard.

Published in the 2014 Fall issue of Runway