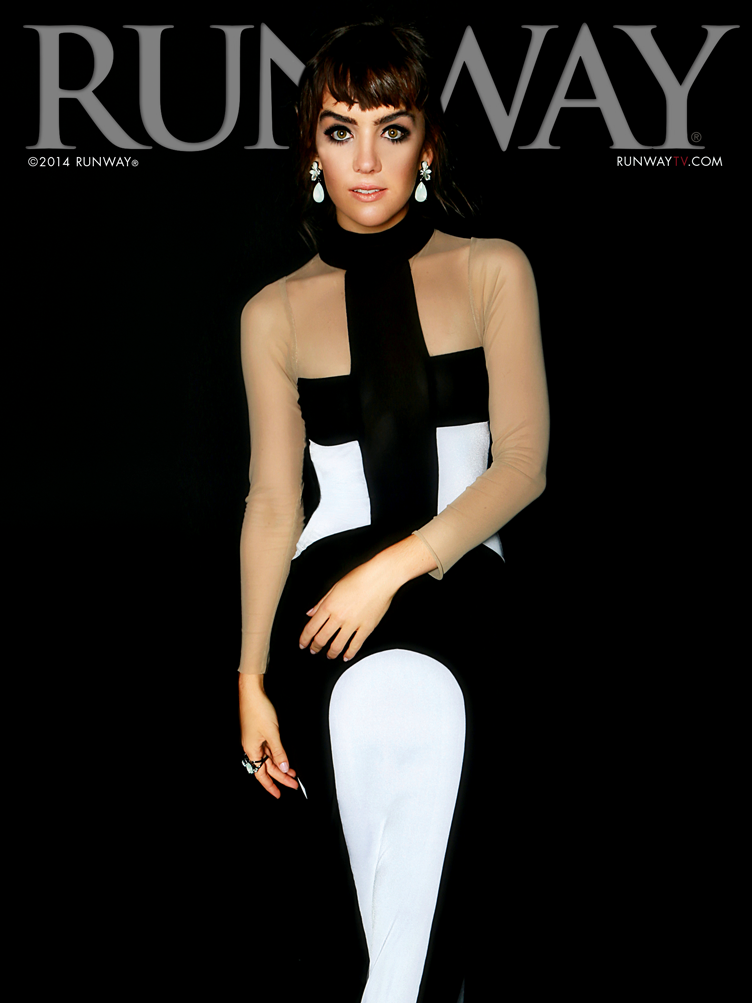 Are you a huge horror movie fan?

My favorite horror movies are mostly Hitchcock films: Psycho, The Birds, and Rear Window especially, although that was more of a psychological thriller. I was terrified after seeing Ringu (the original Japanese version of “The Ring”). I was 9 years old and I saw it on VHS. I remember being too scared to even take the tape out of the VCR. It was years before I could calmly sit in the same room with a TV set alone.

While filming Ouija, did you have any creepy experiences or nightmares? I know I would!

I think the scariest part was hearing all of my friend’s stories about Ouija boards and ghosts in general. I went ghost hunting before we started shooting to get me in the right headspace.

Had you ever played with a Ouija board prior to the movie?

I played with Ouija boards a bunch of times when I was growing up, but I was usually the one pushing the planchette around.

Most of the cast members are much more seasoned actors than I am, so I was a little intimidated when I realized I would be working alongside them. It ended up being an awesome and unexpectedly hilarious experience.

You play Sarah in the film; can you describe your character for us?

Sarah is nearly seventeen but can’t wait to be older. She craves independence but also needs validation. She lives with her Dad (who regularly gets on her nerves) and her older sister, Laine, who (although she might hate to admit) she actually really loves. Sarah can usually be seen wearing black eyeliner, black nail polish, & combat boots. She listens to Jack White and The Kills.

You were born in San Juan. How is life in Puerto Rico versus American life?

Island life rules. My family is mostly Cuban and I was born in Puerto Rico (double island vibes!). You’d think we would be super laid back, but in reality, everyone in the family is pretty high energy. Made up mostly of women, we’re all loud, outspoken, incredibly affectionate, brutally honest, love espresso, and eat… a lot. Sofia Vergara’s character on Modern Family is basically our collective spirit animal.

Now that you are focusing on acting, do you miss ballet?

I danced for years and years, and it was absolutely my favorite thing in the world. I loved performing, but luckily, I still get to do a lot of that. It was really fantastic being so flexible and in such great shape though – I do miss that. Now I just dance around my room in my underwear eating almond butter right out of the jar, day dreaming about the days I could do perfect splits.

Being relatively new to Hollywood, do you get star struck easily?

I only have one story about being star struck. I met Johnny Depp in Puerto Rico a few years ago. I was at work. We spoke for a bit. After he left, I cried. A lot. So much so that my boss asked me to take the rest of the day off, and sent me home.

What has been the most difficult adjustment for you in the entertainment industry?

I’ve just been trying to not take the industry too seriously. I respect it but I can’t let it fool me into thinking that “fame and fortune” will make me happy. Fame and fortune will make me famous and rich… but no one said anything about ‘happy.’

In the MTV film, Disconnected, it explores how technology has affected our lives. Do you feel, as a society, we are slaves to technology?

That just depends who you ask. Having access to the internet and modern technology is almost like having a super power. Some people will harness that power to do good, others for evil, and others will keep it to themselves and use it to impress their dates.

Now, with the heavy stuff out of the way… let’s talk fashion! How would you describe your personal style?

Eclectic and laid back. I like to be comfortable and I love hand me downs. I wear a lot of my mom’s old clothes, it’s mostly from the 90s and early 00s. I can usually be found wearing a super worn out pair of Levi’s 508s and a comfy tee. I rarely wear make-up either, so being all gussied up and styled for shoots is quite the treat.

Is there a must-have item for you this fall?

I’m actually on the hunt for the perfect high-waisted jean. My legs aren’t as narrow as most girls with my waist size, so finding a pair that fits all over is not as easy as it seems.

What would be your dream role?

Who would be your leading man?

I just want to see more films made with leading ladies at the center of them!

Can you share any upcoming projects you have in the works?

I have a few photo projects I want to complete before the year is up. Did I mention I take photos? I have also been working on a short film with some friends of mine for about a year now. That is still very much under wraps but I am looking forward to being able to share much more soon!

For more on Ana and her photography visit www.anacoto.com.

Published in the Fall 2014 issue of RUNWAY®