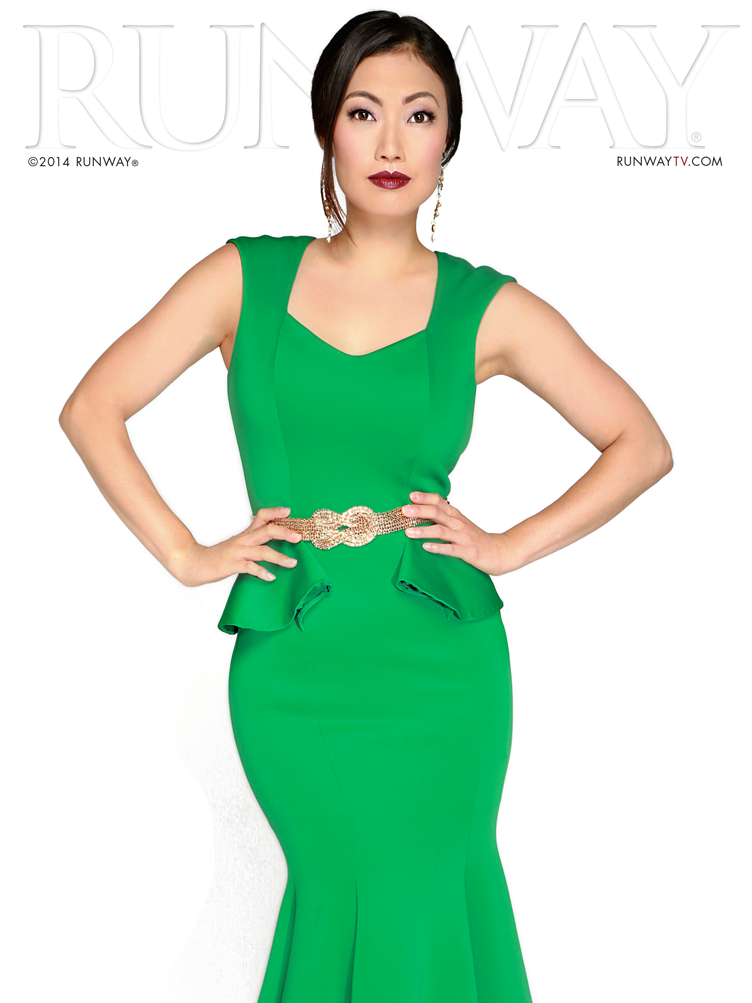 You have quite an impressive list of accomplishments to be proud of! Who, or what, would you say inspired you? And at what age did you find your calling to do this?

Thank you so much! At about 4, I started singing while listening to Korean music that my grandpa would play around the house. I was always super shy growing up, but enjoyed performing. When I was in 6th grade, every girl in my class wanted the lead female role in our school play, but I was too chicken to even audition. My teachers said I was always so animated and expressive, that is when I managed to speak up, so they just gave me the part. I’m forever grateful to them. After that, I was hooked with school musicals, community theater, and scene study classes in nearby Manhattan. Every time I’ve tried to stray away from it, it finds a way back into my life. At some point, I stopped fighting to do something more “practical.” I can’t imagine not acting.

Going back a few years, I understand you held the title of Miss Virginia in 2006. How did you end up entering the beauty pageant world?

I booked my first indie film in my senior year of college, but got pneumonia during sorority rush and couldn’t shoot! The director and I had great rapport, so he actually submitted me without telling me. Well, you live once! I got to meet with Congressmen and learn about the world outside my college bubble, throw a puck down at my first hockey game with the Richmond Renegades, and I’m really good at walking in an evening gown now.

Throughout your career, you have worked in pageants, modeling, and acting. Do you have a favorite?

Well, I did that one pageant, but I’ll try pretty much anything once. You should always say yes until you have to say no. I do commercial and beauty modeling, which I’ve always found to be harder than it looks! My real passion, of course, is acting. No matter who you meet, you can always find at least one thing in common with them. People and stories fascinate me. It’s interesting seeing how you can connect to characters that seem very different from you. It is an honor to be able to tell their stories and just to create. I hope it provokes thought, empowers people, and at the very least bring some entertainment to the world.

You are currently working on one of ABC’s biggest hit shows, Mistresses. Can you tell our readers a little bit about the role that you play?

Anna Choi is Karen Kim’s (played by Lost’s Yunjin Kim) psych patient this season. She’s far from home and trying to find her way back. To survive, she tells one lie, which of course leads to another, until she is in over her head. She deals with a suicide attempt, a broken heart, rape, and figuring out who she is and where she belongs.

Are you able to share any juicy dramatic tidbits or teasers that Mistresses fans can look forward too?

Nothing is ever what it seems. It’s better. There are more twists and turns this season than on Mulholland Drive!

You are a woman in the spotlight, so we have to talk fashion! Who would you say is your favorite designer of the moment?

I wouldn’t normally talk swimsuits, but we do live in Suntan City, where we can go to the beach pretty much year round. I love that fashion has really been trickling into swimwear and even fitness. I’m obsessed with anything vintage because the designs accentuate a woman’s curves. My gorgeous friend, Rene Sweeney, designs Lela Pearce Swimwear. The line is feminine, classic and has that perfect vintage touch. Plus, I think it’s always nice to support our local businesses when we can!

You previously worked as an MTV VJ for MTV K, beating out thousands of applicants for the spot. That is an amazing feat! What would you say was the best experience you had working as a VJ? And what is on your iPod currently?

MTV K is actually for Korean Americans and was broadcast in the US. It was a hybrid of popular American and Korean music. I also got to speak both languages, and I had a blast geeking out and learning about K-Pop to do the Top Ten K Kountdown. Pop music always puts me in a good mood and makes me want to dance! I don’t have an iPod, but my Spotify is a really random mix of everything from Robyn to Luke Bryan to The Naked and Famous to Sam Smith to Pitbull and so on.

Aside from Mistresses, are you currently working on any other television or film projects that you can tell us about?

I have a couple projects up in the air that I can’t talk about just yet. You can see me next in Paul Thomas Anderson’s upcoming film, Inherent Vice, which will be premiering at the New York Film Festival this fall. I got sent to the wrong suite in the correct building for one audition, and through a funny happenstance, wound up getting a part in this movie! I’m also going to be the girl in the video for Avicii’s next single.

You also work with a non-profit organization to promote peace in the community of Long Beach, CA. That is great. Can you tell us a little more about it?

One of my dear friends, Jason Lehman, is a police officer who proudly serves our community. He turned an idea into a passion project called “Why’d You Stop Me” to create more positive relationships between police and the community, especially in areas where young kids are turning to gangs in order to run away from something else. Kids are so open and easily influenced. I just want to squeeze them all. I’m for anything that promotes more peace, empowering young girls and women helping each other. I also get to play with kids every Saturday through Red Eye Inc. down in the Watts Projects. They just want to be heard, hold your hand, and have water balloon fights. How could I say no to that?

Are there any other avenues in entertainment that you are interested in delving into, that you have yet to explore?

Voiceovers! I’ve just started dabbling in this realm, but how cool would it be to bring a Disney princess to life?

What is your favorite fall fashion trend that we will see you sporting this year?

Fall is so much fun because you can play around with layers. I will stay in shorts and skirts for as long as possible. I’ll be wearing great leather boots, knee high socks, and cozy sweaters. A good fitting leather jacket goes a long way.

Before we wrap up, do you have any advice for aspiring young girls out there that want to pursue a similar career path?

Do it because you can’t live without it. There will be days when you’ll have to choose to do this every morning. Have a solid, loving support system. Study. Go for broke. Know that you are enough, and your voice is worthy of being heard.

Published in the RUNWAY® Fall 2014 issue.