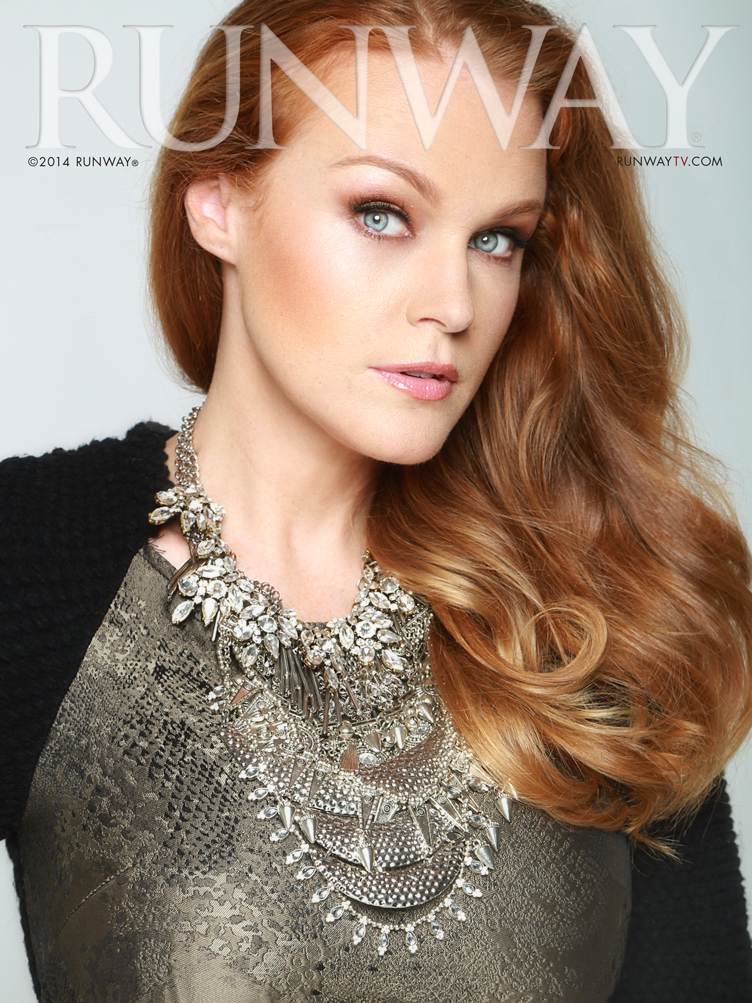 You have done many period pieces, with the Love Comes Softly series for the Hallmark Channel and The Identical. What do you love most about making films that take place in the past?

The thing I love most about making films in the past is that I get to immerse myself in situations that I would otherwise never have the opportunity to be in. I’ve gotten to drive a team of horses in a covered wagon, teach an art class inside a Japanese internment camp, and do the twist in a 1950’s honkytonk. Stepping inside someone else’s shoes from another era offers an invaluable perspective that I don’t think you can get just by studying history.

Do you ever get to keep any of the wardrobe from your roles?

Sadly, I’ve never gotten to keep any of the wardrobe from my period roles since the costumes are almost always vintage pieces rented from costume houses.

Is there a certain fashion trend you wish would come back?

I love the look of the late 50’s/early 60’s fitted bodices on the dresses. I know they weren’t comfortable, but they look so feminine.

What is the most challenging aspect about being an actor?

I think the most challenging thing about being an actress is not identifying with your success in it. There is so much up and down with work and other people’s opinions, and I think it’s important that your self-worth is not based on any of it. I believe that staying grounded in who you are outside of the industry is key to hanging on to your sanity.

You’ve played the role of Missie LaHaye for five movies in the Love Comes Softly series. How do you relate to Missie and how are you different?

I relate to Missie LaHaye in that I am a loving mother, wife and teacher, and that I think it’s important to be compassionate to everyone, regardless of their plight. We’re different in that I’m not a specifically religious person, and that I get to wear pants while typing this on my laptop!

You’ve been a guest star on TV shows like ER and NCIS. What has been a standout moment from those experiences?

A stand out moment for me in my guest star experiences would have to be working with Mark Harmon on NCIS. He is one of the most generous, kind and conscientious television stars with whom I’ve ever worked. He makes sure that everyone in his cast and crew are very well taken care of. Now, when I am starring in something (e.g. The Identical) and I question how to deal with a situation on set, I think, WWMHD… What Would Mark Harmon Do.

Aside from acting, you work with children. Can you tell us more about the not-for-profit organization you work with?

Yes! I work with a not-for-profit organization called City Hearts: Kids Say Yes to the Arts. I taught dance, Shakespeare, musical theatre and photography to the at risk youth of LA for over a decade. This 30-yearold organization goes into the most financially challenged and gang influenced neighborhoods, and creates arts programs for children. City Hearts classes keep them off the streets, and enrich them with the creativity and self confidence that only art can. We’ve taught tens of thousands of children over the years and have had brilliant success stories of triumph over tremendous adversity. Check them out at www.cityhearts.org.

What kind of film projects can we expect from you in the future?

Aside from The Identical, which is my latest release, you can expect to see me in some film projects that actually take place in this current decade! I have a short film, that I star in with Ed Asner, making the rounds at festivals this year called Pacific Edge. And there might also be some films in a totally new genre for me on the horizon, but I’m not quite at liberty to talk about that yet. My husband secretly hopes that I’ll play a German spy in my next movie, but I would love to be in a project where I had some sort of powers, a la X-Men.

Who has been the most influential person in your life?

I would say the most influential person in my life has been my mom. Aside from loving me unconditionally, she’s a dance teacher and a musical theatre choreographer. Without her love of theatre and performance, I would have never found the passion for acting and teaching that I have today. I owe so much of who I am to her.

Is there a must-have beauty item you can’t live without?

A hair brush. I’ve had long, strawberry blonde hair my whole life, and instead of getting a sassy, edgy, current haircut, I still cling to my long locks like I did in 7th grade. Maybe it’s a crutch, but I’ll probably keep it that way until it turns gray.

What would be your dream role?

My dream role would probably be something like Khaleesi Daenerys in Game of Thrones; a strong and powerful woman that gets to rule with compassion and dragons!

If you weren’t an actor, you would be…?

I’d probably be a therapist. I spend a lot of time listening. I enjoy it.