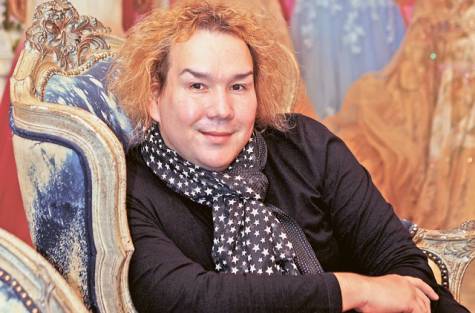 Having won the Mega Magazine Young Designer of the Philippines Award in 1994, Furne’s potential for innovative design was recognized and landed him an apprenticeship with Josie Natori at Natori’s New York design house. There he learned the skills he needed to create his own line and fashion house.

Now based in Dubai, the home of his couture design house Amato, he presents his designs as pure works of art. He captures the essence of the true woman and interlaces that image with true romanticism. The Amato woman is a woman who is expressive, self-respecting, real, and a little quirky. The powerful force of bold femininity is written on his every creation.

Furne’s signature touch is in the mix of rich textures that he pairs with luxurious materials. Heavily emphasizing detailing and embellishments, Furne is a fan of fairytale grandeur. After closely following Amato’s success, Swarovski commissioned Furne to design a custom wedding dress for their limited edition book, Unbridaled and Furne has since collaborated with them and continues to create gorgeous, sparkling creations.

With an impressive list of clientele, Furne has worked with A-List stars such as Katy Perry, Jennifer Lopez, Heidi Klum and Nicki Minaj, just to name a few. By viewing his latest collection, and those that came before, it is apparent as to why his designs are highly sought after.

The detail in his creations proves that, to him, this is a labor of love. That it is so much more than fashion and that in the pieces lies artistic passion, heart and soul.

For more information on Amato by Furne One you can visit http://amatohautecouture.com/