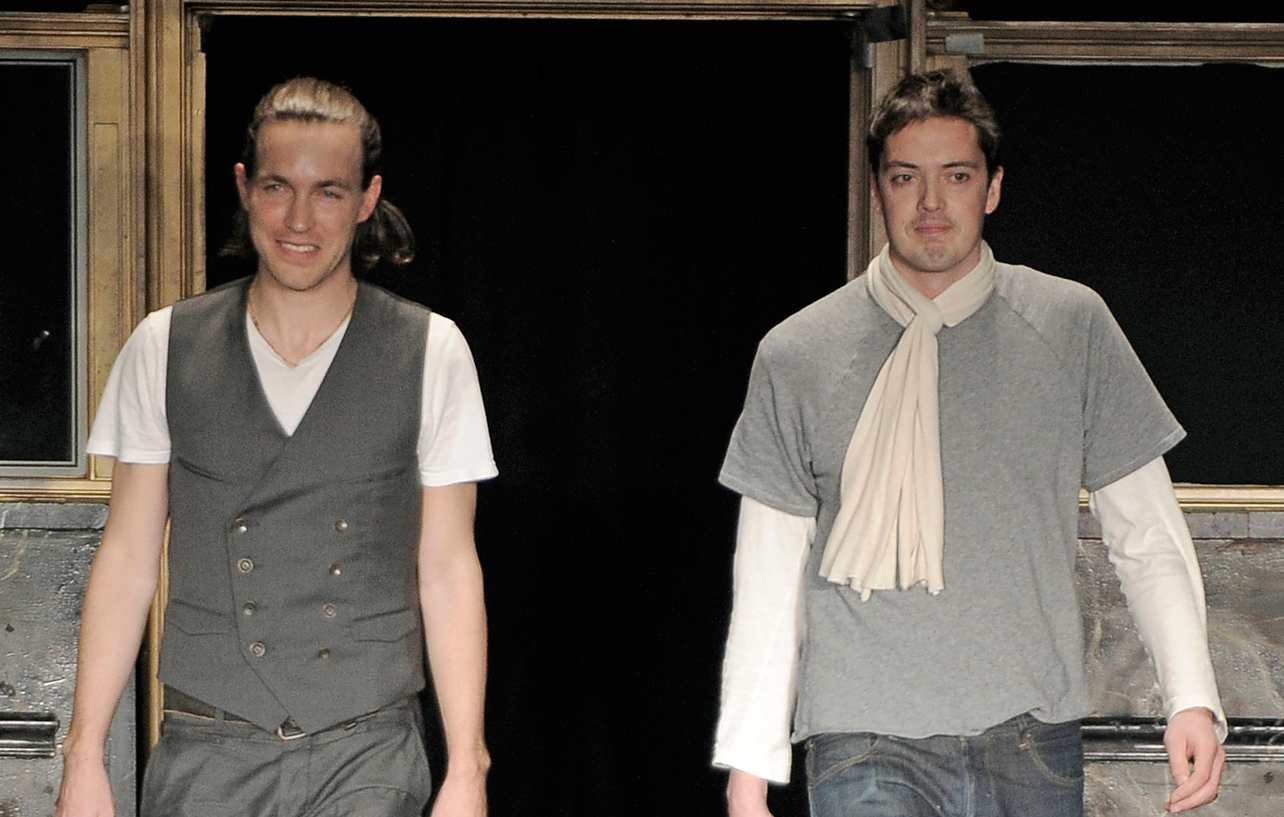 These trash diggers were an inspiration to an unlikely duo Marcus Wainwright and David Neville of the popular men and women’s clothing brand, “Rag and Bone,” formed in 2002. First created as a men’s denim label, they were soon featured on Style.com’s 2010 top 10 Fall Women’s Collection. The 2010 season inspirations came from the Mount Everest climbers of the 1920’s. Neville explains the duos line-up: “We took our inspiration from the crazy English guys who climbed Mount Everest in the 1920’s Tweed.” The 2010 Fall line up entailed in multiple layers, waistcoats, and heavy use of plaid in the best sense from shirts to kilts. They even teamed up with Timberland to create unique shoes to be sold as limited editions.

Woman’s wear was not the ambition of co-creator/co-founder Marcus Wainwright as the duo did not create their first women’s wear line until 2005. Becoming a clothing designer or even making an empire was never the ambition nor goal for them. Marcus Wainwright and David Neville met in Berkshire, England attending the same boarding school. They knew of each other, but there connection would not flourish until later years of their lives. The schoolboy uniforms would be a catalyst in the drive to create tailored made clothes. They both attended University with two different studies; Wainwright attended Newcastle, and Neville attended Durham. Wainwright eventually set-up his own telecoms company as Neville went into investment banking. It was during this time at University that the two had become close friends.

These self-taught designers learned how to construct and make patterns from scratch, soon emerging, Wainwright stated, “…could not find a decent pair of jeans.” From this idea of wanting to create his own jeans just for himself, it was not long until Wainwright called in Neville to handle the business side. This was when it all changed.

Neville had them flying all over setting up meetings, handling the financial side and marketing Rag and Bone into it’s own brand, all the behind-the-scenes work necessary for a business to run smoothly. In Kentucky they had their first lines created and when that shut down they still managed to keep their clothes made in the U.S.A. Over the years they have worked on expanding their brand and introduced women’s wear in 2005 followed by the Rag & Bone accessories in 2007. They’ve continued on to create a DYI project where they have their, “Favorite Girl,” stripped down with no makeup, hairstyling, or lighting, just wearing Rag and Bone with amateur picture-taking.

They have always prided themselves with tailoring and making clothes that their friends would wear everyday. Wainwright has noted, “…that the clothes can have a very English tailored sensibility and a very old-school American feeling at the same time.” With this pride they have continued on to dress some of Hollywood’s elite which include Angelina Jolie, Kate Moss, and Cameron Diaz just to name a few. In 2007 the duo won a CFDA (Counsel of Fashion Designers of America) Award for Emerging Talent in Men’s wear design. More recently they had won a CFDA Award for Men’s Wear Designer of the Year in June 2010.

This duo was destined to be fashion icons. Now they both are married, have kids, and enjoy the same things as each other. The duo’s lives were always parallel running exactly the same line. Both of their core values and fashion insight includes an American workmanship with a British aesthetic. It’s evident to say that they were born for each other in greatness.