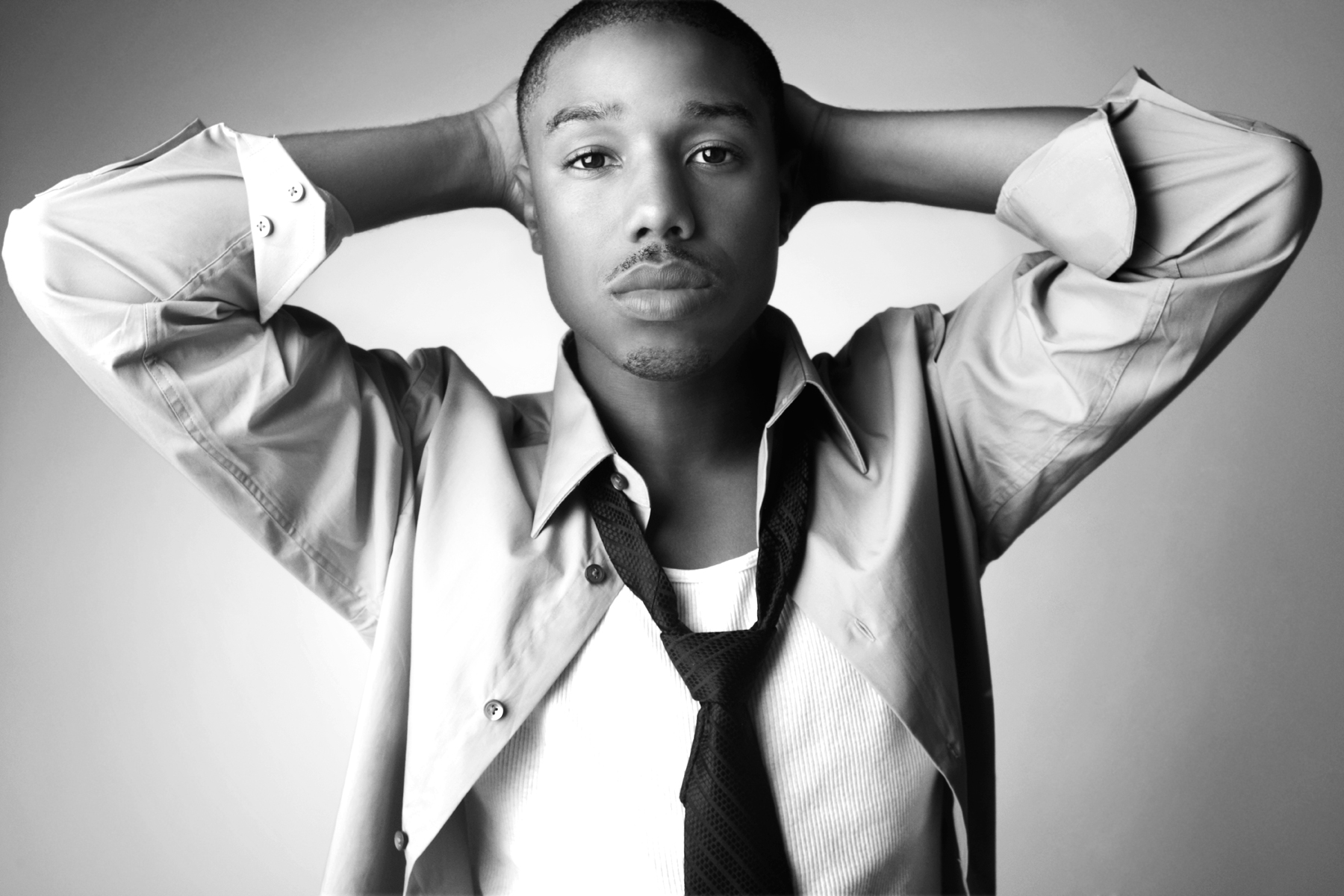 Known most recently for his portrayal of Vince Howard on the critically-acclaimed Friday Night Lights, Jordan has an acting career that spawns nearly a decade. He can be seen in films like Hardball, but is best known for his performances in television shows like The Wire and All My Children. He broke new ground as the youngest African American to be contracted for an ABC Network daytime drama in a role that earned him the 2005, 2006 and 2007 NAACP Image Award for “Outstanding Male Actor in a Television Daytime Drama Series.” Up-coming projects include George Lucas’s highly anticipated Red Tails and the drama/comedy Pastor Brown. With an impressive resume, coveted good looks and remarkable talent, Jordan will continue to dominate Hollywood. Runway Magazine: What prompted you to get into acting? Michael B. Jordan: I got into the business when I was about 10 or 11-years-old and started off doing print work. That slowly turned into commercial auditions and then the love of acting kicked in. My mom, a stage mom for sure, took off work to drive me to auditions in New York. She started me off. It’s been a beautiful uphill journey ever since.

RM: You’ve starred in some pretty well known TV shows and movies including Hardball and most recently Friday Night Lights. What have these experiences been like for you?

MBJ: Working on shows like The Wire and Friday Night Lights helped me grow a lot. Being around such talented actors at a young age gave me a front row seat to what real television was all about.

RM: What is your favorite part of being famous?

MBJ: I really don’t consider myself famous, but the more people keep telling me they are enjoying my work, it makes me feel good to know they appreciate the effort I put into it. BUT when in rome….you get free clothes and gear from dope companies like NIKE (shout out!) [laughs].

RM: What is your most memorable show business moment?

MBJ: Hands down would have to be season one of HBO’s The Wire, when Wallace got shot and killed by Bodie and Poot. I have grown men coming up to me these days saying, “Man, you had me cryin’ when they shot you. Where’s Wallace?” [Laughs] I had a lot of fun working on that show.

RM: You have a role in the much-anticipated film Red Tails. Can you tell me a little about the film and your roll in it?

MBJ: Red Tails is about the Tuskegee Airmen and their missions flown duringWW2. I play flight officer Maurice Wilson “Bumps” and he is fresh out of flight school and is determined to prove he’s ready to fight.

RM: When you’re not busy acting, what do you like to do in your spare time?

MBJ: Cooking. I love food, so eating is one of my favorite past times. I love basketball too, go figure. I play in the E League, formally the NBA Entertainment League, out in Santa Monica CA and it’s a pretty competitive league.

RM: How does fashion incorporate into your world both on and off set? How would you describe your personal style?

MBJ: On FNL it’s important that the clothes match the character. Vince comes from the hood so he definitely has an urban feel to him. But fashion plays a big part in my life because I see it as a way to express yourself. I’m not saying I’m a fashion guru, but I can put together something classy. My personal style would be described as clever and timeless.

RM: Where do you see yourself in the future? Do you want to continue acting or pursue other ventures?

MBJ: I honestly love acting and will continue to pursue it, but I’m also working on developing some TV content for a potential network. You have to expand and think outside the box to stay motivated in this industry. And I realized at a young age that it’s a marathon, not a sprint. Remember that.