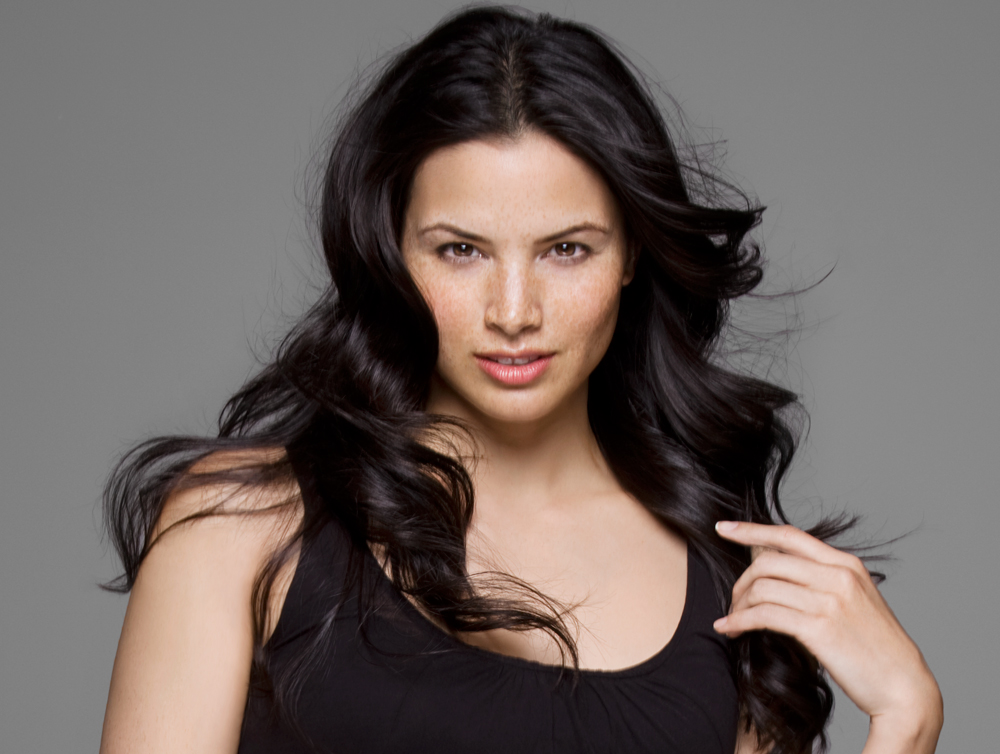 Given an hour’s notice to pack a bag for Paris, France, emerging actress Katrina Law decides to bring hiking shoes, a camera, and plenty of sweatpants. Quoi?!

To her credit, she also adds that she would include “extra high” peep-toe shoes and a little black dress. After understanding the many dimensions of this rising star, perhaps her packing style will make more sense. It seems this woman has done it all, yet she’s barely just begun.

Best known for her role as Mira on the hot new Starz show Spartacus, Katrina’s debut began with none other than John Travolta in Lucky Numbers. She has dabbled in a healthy array of artistic trades. Not only is she an accomplished dancer and a once Miss New Jersey Teen USA, but she has also played the trumpet and soccer, practiced gymnastics, and even does stand-up comedy.

A self-described “tomboy,” Katrina is the adorable, freckled girl-next-door that all the boys love and the girls want to be. Happiest in sweats at home and hiking Mt. Whitney sporting her beloved REI gear, Katrina admits she was even hiking near Joshua Tree prior to the interview. But don’t be fooled, because she flips the switch just as easily to rock a hot dress by Bebe or Guess (her favorites) with layered, sparkling jewels and glittery eye make-up (when she “can get away with it”). The in-between? Wearing next to nothing playing Mira, slave of the house of Batiatus and lover to Spartacus (Andy Whitfield). With so much skin showing on-screen Katrina admits, “I had to ask my parents, ‘Are you OK with the nudity?’”

Nude or not, her parents gave her their blessing. With their support and her determination, she transformed from waitress to Hollywood starlet. And she’s come a long way in the romance department, too. After growing up in New Jersey she confesses with an infectious giggle, “I wouldn’t be surprised to see an ex-boyfriend show up in Jersey Shore next season.” Thankfully, there will be no more “Mike the Situations” in her future since she’s recently been taken off the market in a rather unusual manner.

For Katrina, it wasn’t your average romantic proposal in dim candlelight. More like strong hail and rain, a 360-degree view of waterfalls, and a small, rocking ship holding only 20 people in New Zealand’s clear waters. Reaching out to touch a waterfall, she surprisingly caught a better sight: her man on one knee with a ring. “The ship exploded with applause,” she gushes.

But even the sites of New Zealand isn’t all that exotic to Law. After all, it’s where she shoots Spartacus for several months out of the year. Starting her day at 3 AM to hit the gym, she will spend another 12-14 hours on set. But when you ask her, she would have it no other way.

When it comes to portraying Mira, Katrina feels she can relate to the character. “Mira and Spartacus want something they can’t have, what human doesn’t?” she says. “But what’s the balance of not trying to sell your soul while putting yourself on the line to get it? And at what point do you become a sucker? It’s fascinating to me, to tap into that desire and that character.”

As for next season, viewers will get more than just that push-and-pull between Mira and Spartacus; they’ll get to figure out what Mira’s back story is and whether or not she’s good or bad.

In the meantime, expect to start seeing more of this exotic beauty, an origin hard to place with her German-Italian father and Taiwanese mother. “What are you?” is a question she’s accustomed to hearing, and depending on the wig she decides to sport for the day – “because they’re fun!”- Katrina feels flattered to be questioned whether she is of African-Asian, Asian-Caucasian, or an array of other origins.

As a rising star, women everywhere can take joy in easily mimicking her look since she isn’t one to wear one-of-a-kind million dollar couture pieces. Unfortunately, the jewelry she adorns will still be hard to find nonetheless. Lucky for Law, her parents make jewelry using semi-precious stones and delicate light jewels for a lot of sparkle. Although she hasn’t yet convinced them to sell via a Web site, with a few mentions and displays of their work on the red carpet in the near future the world will have greater access to it all very soon.

Like the jewelry made by her parents, more exposure and fame is just around the corner for Katrina. But this avid hiker, nude bombshell and Grecian goddess has no intention of letting the fame go to her head. “You have to stay true to yourself. It’s the best advice I’ve received,” she insists.

The new season of Spartacus starts in January on Starz.