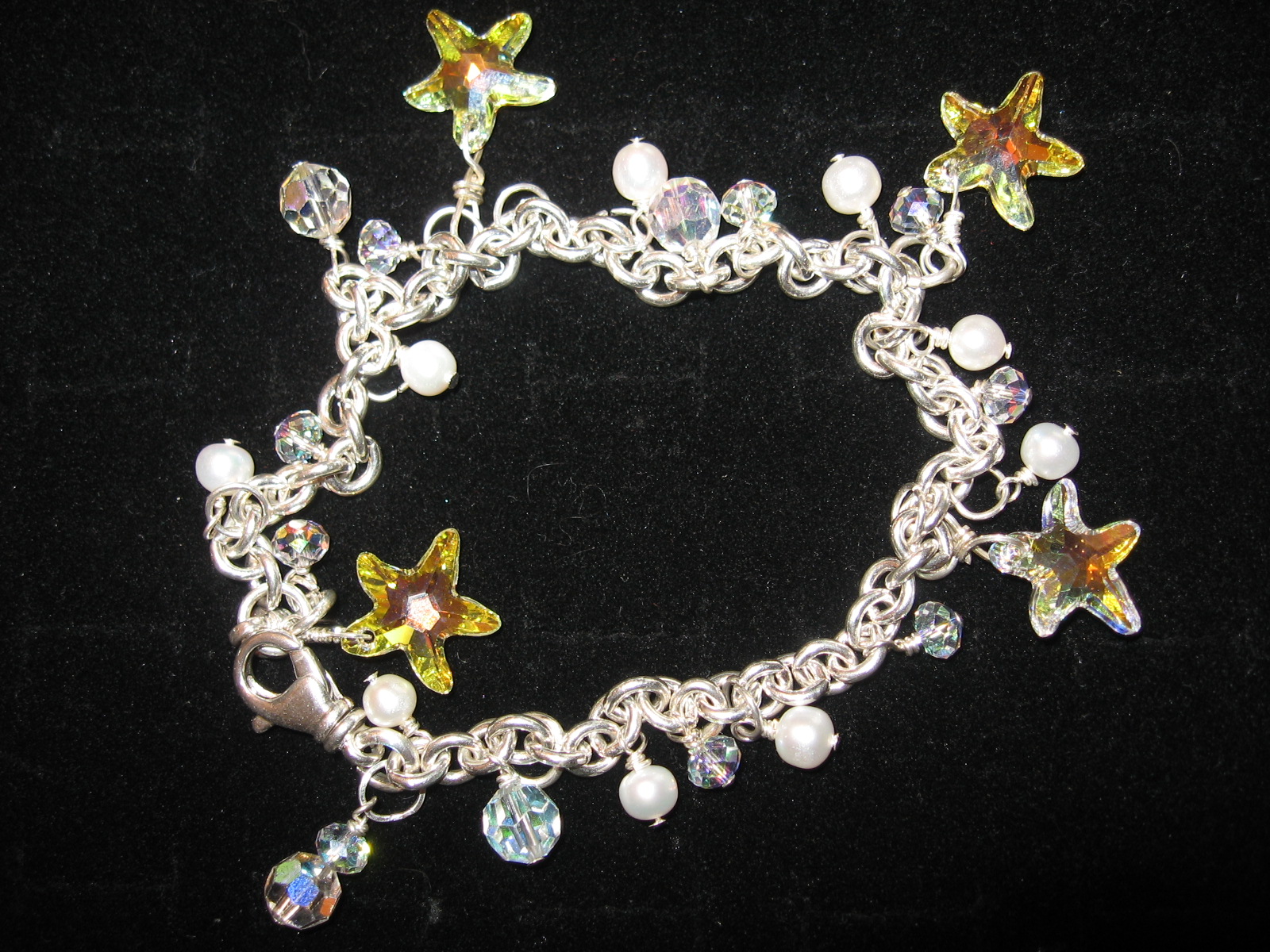 Adornment to the body dates back to the earliest of times. Rings, necklaces, and bracelets, arrayed on the body, from the ears to the ankles and everywhere in between, have been used as decorations by both sexes. Jewelry like the ankle bracelet may be merely for beautification and decoration or it may take on specific cultural and societal implications and meanings.

In this modern day and age, the wearing of jewelry is much more commonly associated with women, though men are known to outfit themselves with many types of jewelry as well. Popular jewelry can range from the simple, delicate chain, to the outlandish and rare pieces, and can adorn just about any part of the body. The anklet is a piece of jewelry that while has been around for thousands of years, is making a popular comeback.

Ankles are not necessarily the first spot a person thinks to adorn themselves when they begin to put on jewelry. However, the ankle is a perfect location for bracelets, as the foot provides a nice barrier to keep the jewelry in place. One might even say the ankle is like the wrist of the lower half of the body and as such deserves as much embellishment.

Bracelets around the ankle is very common in numerous Eastern cultures. One site, in what used to be part of the great Persian empire, many anklets were found along with all sorts of other trinkets. India is a country whose people are often associated with this piece of jewelry. While both men and women wear them, they are more often associated with women, especially new brides. Anklets are a practical and thoughtful gift for Indian brides and the tinkling sound of small bells on the ankle bracelet usually announces the arrival of the bride to her husbands home.

In the US, dressing up the ankle is a much more contemporary idea of fashion. In the 1950’s, as women began to wear shorter skirts and roll down their socks, small chains could often be seen decorating their ankles. While bare feet and ankles were more acceptable in Eastern cultures before the turn of the 20th century, such was not the case in Western cultures like the US or England. Since the skirts of women generally covered their ankles, there was little need for accessories below their skirts. So in some ways, the anklet may be associated with the liberation of women and their espousal of a freer fashion for women. Now as legs are often as exposed as the arms, women find the need to adorn them as well.

Like other jewelry, these bracelets come in an array of types and forms. Ranging from strings, straps, and chains to intricate pieces with precious stones and metals, the anklet is a piece that draws attention to the foot whether it is by itself or one of many. In India, small bells often tinkle from around the ankle, while in the US many choose to adorn theirs with charms. With the ankle, anything goes.

Jewelry is an expression of the person wearing it. How they wear it is an extension of their personality. Many see the ankle as a trendy or popular area for younger people or those who have a more hippie lifestyle. It is easy to see how the ankle may be forgotten, even though it can be quite alluring. The ankle bracelet is a piece of jewelry that can really liven up an ankle or foot, be elegant or outrageous, and stand the test of time.