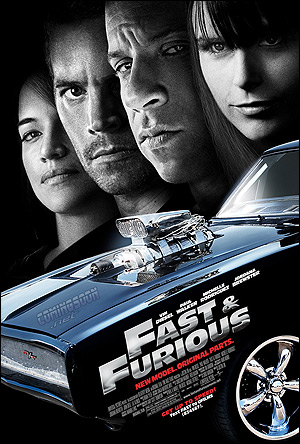 The 411: The film tells the intriguing back story about the characters and events leading up to the explosive oil truck heist in Fast & Furious. Featuring Fast & Furious cast members Vin Diesel, Michelle Rodriguez, Tego Calderon, Don Omar and Sung Kang.

The Good: Well as you already know, this short movie tells the tale that you did not know watching the 4th installment of Fast & Furious and that is what happened before they explosive oil truck heist in the full on motion picture. It was great to see some of the old characters again and Vin Diesel directed this short and did a hell of a job. when I attended the screening at Universal studio’s I actually really enjoyed myself..

The Bad: First, I was confused because when they spoke Spanish for liked 5 min and I thought the entire movie was shot that way. It was possible just a little to short and I wish that they had added maybe 10 more minutes to flesh out a few more details on the story and the characters. I guess that is why you need to watch the full feature to get it.

The Last Words: It shows Vin Diesel as a family man and a lover when Michelle Rodriguez shows up in the last five minutes of the short. I highly recommend that you buy the DVD of the new Fast & Furious and watch the short before you watch the feature.

Theater, DVD, or Cable in a few years: DVD you don’t have a choice.