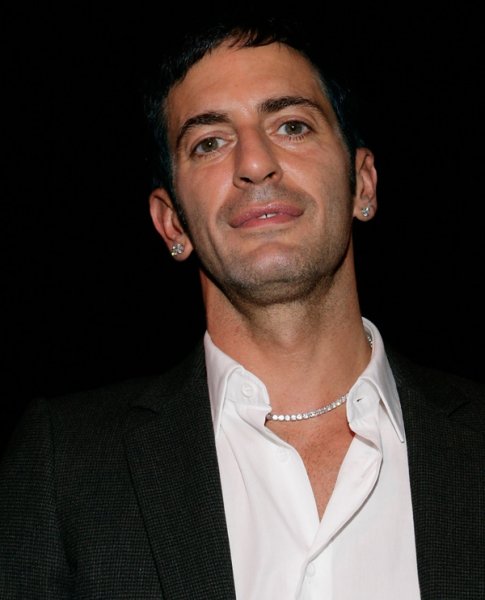 Jacobs has worked his way up to the forefront of fashion as he is the head designer for Marc Jacobs, the diffusion line Marc by Marc Jacobs, as well as the Creative Director of the prestigious French design house Louis Vuitton. It’s quite hard to compete with this fashion mastermind, as he works incredibly hard to succeed in living up to his hype, even exceeding it, if at all possible. Although Jacobs is known around the world for his remarkable success in fashion, he is indeed recognized as New York’s very own homegrown fashion genius.

Born April 9, 1963 in New York City, Marc Jacobs showed an early interest in fashion, working as a stock boy at Charivari, a NYC clothing boutique, while attending the High School of art and design. There is no doubt that Jacobs was born an artist in fashion, with such determination at such a young age he proved early on that this was going to be his life. After graduating in 1981, Jacobs entered the Parson School of Design in New York City. While attending Parsons, Jacobs won the Perry Ellis Gold Thimble Award in 1984 and in the same year was also awarded the Chester Weinberg Gold Thimble Award and the Design Student of the Year Award. He was not one to be held back in any way, Jacobs had already managed to design and sell his first collection of hand knit sweaters before he had graduated from Parsons.

Following his studies at Parsons, Jacobs landed a design job with Perry Ellis and he became wellknown, on the fashion scene, when he designed a “grunge” collection for Perry Ellis, leading to his dismissal. Not discouraged, Jacobs pressed on and teamed with Robert Duffy to start designing his own creations. Even though Jacobs had no longer worked for Perry Ellis, in 1987 he would soon find himself awarded the fashion industry’s highest tribute, the Council of Fashion Designers of America (CFDA) Perry Ellis Award for New Fashion Talent. Jacobs was the youngest of all designers to have ever received the CFDA award.

In 1989 Jacobs and Duffy joined together the women’s design unit of Tristan Russo, as Vice President and President, respectively. In addition Jacobs over-saw the design of the various women’s licensees. In the year of 1992, the Council of Fashion Designers of America had once again bestowed Jacobs with another achievement:TheWomen’s Designer of the Year Award.

By 1994, Jacobs had designed his own full line of menswear. It wasn’t long before French Fashion house Louis Vuitton took notice, hiring Jacobs as their Creative Director, a title he has detained since the year of 1997 and it was then that he began creating the company’s first ready-to-wear-line. Jacobs is as notorious for his advertising and social life as he is for his clothes. He is a major fixture in the New York City celebrity scene, having become something of an icon himself. Using such legendary stars in his campaigns as child actress Dakota Fanning, director Sofia Coppola, R.E.M., front man Michael Stripe and actress Chloe Sevigny. These selections have led him to free advertising for his lines, catching the attention of people around the world. This success then led him to his establishment of boutiques bearing his name, outwardly making Marc Jacobs’ image relentless.

Jacobs’ name brings in a variety of spectators to his fashion shows, whom all admire his remarkable originality. Some of his audience are more well known than others and may typically include celebrities such as, Kim Gordan and Vincent Gallo. Many of his collections make references to the style of earlier decades from the forties to the eighties. Speaking out against the claim made by the designer Oscar de la Renta, that Jacobs is a mere copyist, the New York Times Critic Guy Trebay has written “unlike the many brand-name designers who promote the illusion that their output results from a single prodigious creativity, Mr. Jacobs makes no pretense that fashion emerges full blown from the head of one solitary genius.” Explaining his clothes, Jacobs has said “what I prefer is that even if someone feels hedonistic, they don’t look it. Curiosity about sex is much more interesting to me than domination.…My clothes are not hot. Never, Never.”

In recent years, the Jacobs brand has quadrupled with the company’s collection Marc Jacobs and his less expensive secondary line, Marc by Marc Jacobs, to global business, with 160 shops, in 19 countries. The assorted ready-to-wear and accessory collections are also broadly available at primary department stores around the globe.

As Marc Jacobs has proven to be a world wide success in fashion, he has also showed determination in his personal well being. If you were to take a closer look into his personal life, you will find he is at the top of his career and his body. At the age of 45 he has shown to be a strong and powerful openly gay man. He has conquered the evil addiction of drugs and alcohol in rehab and has taken on a new and healthy addiction, the gym. He now works out at the gym for up to three hours per day, keeping his body at a youthful and muscular condition. The once long haired man with glasses is now strapping and suntanned, looking some what like a superhero. Jacobs has been through some rough patches with his personal life, although some believe it has brought him so much further in terms of his ability to create.

Young designers learn quickly that it takes an incredible amount of work to find success and Marc Jacobs is a clear example. There is no doubt he has earned his fame in the fashion industry, making his name as New York’s homegrown fashion genius. Jacobs is in a desirable position, but it took many years for him to become a world class designer.

To check out the latest in Jacobs’ melting pot mentality, you can visit his site online and watch videos from his latest fashion shows. You can also find the Marc Jacobs collection, including high end accessories, apparel, handbags and shoes at Nordstrom. For more affordable retro edgy fashions and accessories, shop his Marc by Marc Jacobs collection. Many other stores carry the Marc Jacobs line including Saks Fifth Avenue, Neiman Marcus and Barneys.