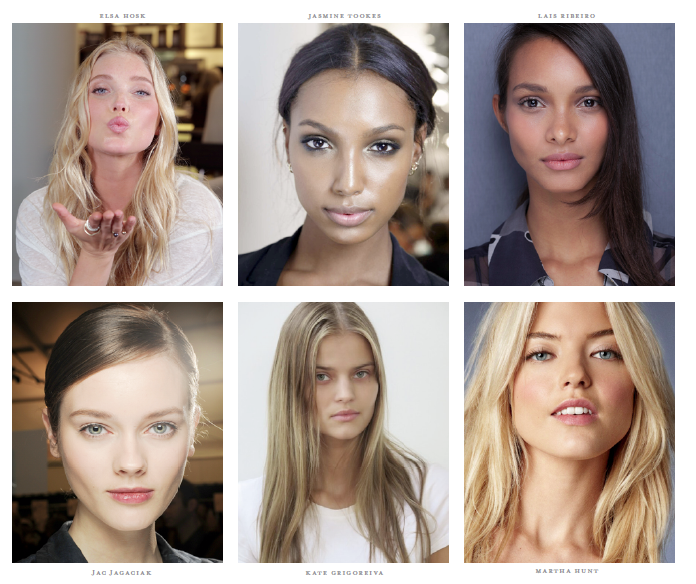 he latest hot bods to join the lineup will have tough stilettos to fill since supermodels like Heidi Klum, Gisele Bundchen and Tyra Banks have all been the “It-Angels” to don the signature sexy lingerie.

Just like the Angels before them, these girls are hot, hot, hot, belonging to a group that includes a professional athlete, a jet-setter and a college graduate! Want to know more about the new faces (and bods) of Victoria’s Secret? Read on…

This professional Polish model is another angel with a history of athletics. Jagaciak herself began running at the ripe old age of four while her athletic family includes a mom who is a physical education teacher, a sister that is a professional long jumper and father that is a jumping and sprinting coach. Jagaciak’s athletic background combined with her experience modeling for the likes of Michael Kors and Ralph Lauren under her belt, ensures she will shine on the runways of VS.

This West-Coast native (from California to be exact) has a homegrown hot bod and has already worked with big names in the biz such as Tom Ford and Dolce & Gabbana. As icing on the cake for this American-born beauty, her and her boyfriend, Tobias Sorenson, were recently named the new faces of Calvin Klein.

Elsa Hosk is a blonde bombshell that went from playing professional basketball in her native country of Sweden to strutting the runways of VS in 2011. In addition to having some runway work on her resume, Hosk has worked as the spokesmodel for the Victoria Secret’s PINK line.

Russian-born beauty Kate Grigoreiva can now add Victoria’s Secret Angel to her list of accomplishments. Also on the list are ballroom dancing and a bachelor’s degree in marketing! An Angel that is not only smart but accomplished? We love it!

Adriana Lima, move over, there is a new Brazilian-beauty on the runway! Lais Ribeiro, born in Brazil, is a salsa-dancing fanatic and has shown her moves not only on the dance floor but also on the runways of Oscar de la Renta and Jean Paul Gaultier before joining the ranks of Victoria’s Secret.

This Angel from across the pond has lived everywhere from Belgium to New Zealand and we hear she loves being a jet-setter. Maxwell is known for her perfect pout (it even gives Angelina Jolie a run for her money) that has been seen on the Victoria’s Secret runway.

Martha Hunt, an American-born model was discovered via a North Carolina modeling competition, near where she grew up. Hunt then went on to walk the runways of Chanel, Prada and even Dolce & Gabbana before joining Victoria’s Secret.

Dutch-born Strijd is a not only a workout junkie but has been known to try out all the latest and greatest workout trends including kickboxing, pilates and SLT. Strijd recently joined Victoria’s Secret in 2014 after strutting her stuff on the runways of Louis Vuitton and Chanel.

Sara Sampaio is a very talented Angel indeed. Sampaio is a violin player, an avid surfer and word on the runways is that she can kick some serious bootie in karate (she has a brown belt). We can’t wait to see what she can do as one of the newest Angels too!

Hill was discovered at age 14 in the oddest of places…a barn! This Colorado-native loves the outdoors (she is an avid snowboarder) and has modeled for H&M, Alexander Wang, Chanel and Fendi and now joins the other nine new faces of Victoria’s Secret

The latest Angels seem to have it all…fashion, fitness, fun and more! Do you think that you have what it takes to be a VS Angel? According to Victoria’s Secret Fashion Show Casting, it takes quite a bit! Not only are they looking for someone tall and uber-fit, they are looking for unique personalities and energies. Along with their angelic beauty, confidence, sexiness, fearlessness and more are traits that all these Angels exude.