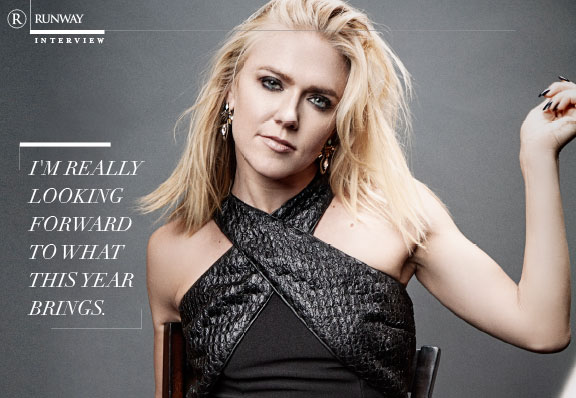 You probably first heard of Dominique Swain as a very young lady starring in the wildly controversial remake of Vladimir Nabokov’s novel and Stanley Kubrick’s film ‘Lolita’. She continued captivating audiences when she became the youngest person to pose nude for PETA and has now solidified herself as a staple in cinema after starring in over fifty films. With the horror film ‘The 6th Friend’ and ‘Skin Traffik’ starring Daryl Hannah and Mickey Rourke, she’s got an impressive lineup to take her through 2016. Swain talks with us about the evolution of her career, a film she’d like to do all over again and what dating is like as one of the sexiest women in the world.

Your career was launched very early in life with your title role as Lolita. Can you tell us what it was like working with the films legendary director?

Working with Adrian Lyne on Lolita was one of the best, and certainly the most life changing events of my life. He is the most creative, compassionate man I have ever met and I felt one hundred percent safe with him. That is paramount on any film because as an actress, one has to feel completely free to look silly and vulnerable. knew he would protect my performance and I could act as big or as loud as I wanted to and he wouldn’t let me get away with anything but the best performance possible. I was so lucky to work with him and to know him as a human being.

Did you know it would be that controversial when you were filming it?

Lolita is based on the book by Vladimir Nabokov and so I knew it would be as controversial now as it was when it was published in 1955. The fact that it didn’t come out theatrically in the United States is criminal and I didn’t think our Puritan ancestors would bite me in the a** like that. Lyne’s films have always been controversial and sexually oriented so while I had a body double, to cut out all the titillating parts would have been silly because the film is about fixation with the sexiness of a minor.

Malibu is the most beautiful place in the world and I was lucky to grow up near the beach but I don’t even say that I grew up in Malibu anymore. I was one of the naked, barefoot, hippie Malibuites living three miles up a canyon with five people in two bedrooms so I don’t think I qualify for the stereotype of the stigma attached to the city today of trophy wives, drugs and money.

You’ve got a full slate of films coming out including ‘The 6th Friend,’ ‘Skin Traffik’ and many, many more. Can you share some of the highlights of what to look forward to?

The films I have coming out this year are all over the map in terms of genres. ‘The 6th Friend’ is a horror movie, ‘A Horse’s Tale’ is a family Christmas movie, and ‘Hunted’ is an action movie. I like to mix it up. I’m a character actress. In the film, ‘Skin Traffik’ I play a Ukrainian prostitute. Originally, I think the character was supposed to be British, but the director, Ara Paiella was Irish and couldn’t stomach an American doing an English accent. I watched Youtube videos of Eugene Hutz from the rock/ punk band Gogol Bordello [to prepare]. I’ve always had a voice coach and at least someone who was an authority on the dialect I’m trying to emulate, but I realized when I got on set that nobody else knew any better than I did, so I just did the best job I could. I have not seen the film but I hope it worked out. I might have just lost my Eastern European fans by butchering their tongue.

Tell us a little bit about your animated feature ‘Magik.’ How did you end up in the writer’s chair on this project?

For the film Magik, I was given the opportunity to co-write and screenwriting has been something I’ve done since before I started acting. I’m taking a screenwriting class right now to understand storytelling structure better but college is my hobby. I’m also taking a film production class to learn how to direct and a psychology class to prepare me for my next career in early childhood education. I also took French and physics and biology and animation and hair cutting. I’ve been a student on and off for ten years. I don’t see any reason why people shouldn’t keep learning new things throughout their lives.

Do you have any inside tips on how you stay healthy and keep your body in ideal form?

In terms of diet and exercise, I stay fit by running five miles a day and swimming with my dad. I think diet crazes are bogus and if you just don’t overeat, you can eat anything. I’ve always been very healthy but I’m lucky and my mom genetically has the best arms in the universe. For others whose metabolism doesn’t function well, I think that it is strange that this country allows fattist attitudes when other forms of bigotry are so taboo. I have a lot of obese friends and I guarantee that I eat more than they do.

What’s the scariest thing you’ve ever had to do on a set?

Carrying a fake gun in my handbag. I looked at the prop gun and noticed that the hammer was cocked and I like to go to the rifle range so I handle guns all the time. I tried to eject the magazine and pull back the hammer even more, hoping it would get jiggled into place and took a shot at the floor. Then, in the spirit of a big tough man fixing the little lady’s problems with a firearm, my friend grabbed the gun and fired it at the five people who were standing around the camera. Well, it was not a fake gun and it was loaded and I was very shaken up because not only did it go off, we were using full instead of quarter rounds and point blank, blanks can kill, like Bruce Lee. So I said, “Well, at least no one got hit.” And a voice came from somewhere near the camera, and said, “Oh yes they did.” But the