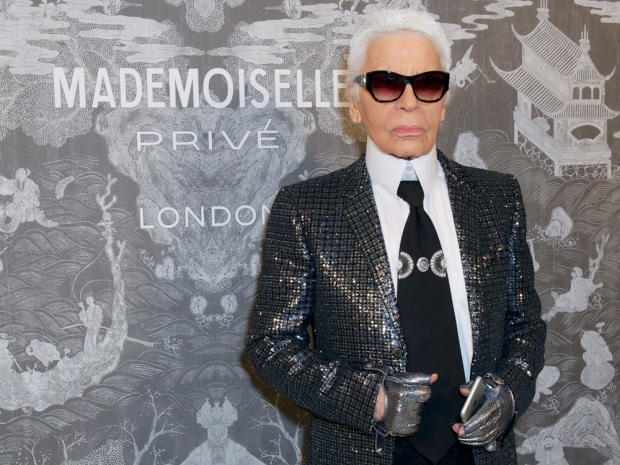 French fashion house Chanel is putting on display its haute couture creations, dazzling diamond jewelry and the makings of its famed No. 5 scent in a London exhibition unveiling the creative history of one of the world’s most luxurious brands.

The “Mademoiselle Prive” exhibit, which was to open at London’s Saatchi Gallery on Tuesday, showcases the worlds and works of late founding designer Gabrielle “Coco” Chanel and creative director Karl Lagerfeld, at the helm since 1983.

Coco Chanel is brought to life with recreations — both physical and virtual through a downloadable app — of her Parisian flat, first boutique and trips to Scotland, where she was inspired for her tweed jackets and skirt suits.

On display are couture gowns by Lagerfeld and a re-edition of the only jewelry collection Coco Chanel designed in 1932. The diamond pieces were modeled by celebrities such as actresses Julianne Moore and Kristen Stewart at Chanel’s July haute couture show, each wearing specially-designed gowns.

“Those pieces look more modern than other pieces of jewelry companies have,” Lagerfeld said at a preview.

“Normally I don’t take care of Chanel jewelry, but they asked me to do something special for this collection.”

Lagerfeld has also written a film where he imagines an encounter with Coco Chanel, played by Geraldine Chaplin.

Also on display at the exhibit are a maze of fabric swathes from the Chanel atelier as well as bubbling cauldrons which open up to reveal the ingredients of the Chanel No. 5 perfume, the first fragrance bearing the name of a designer.

Lagerfeld, who at 82 says he has no plans to retire just yet, is credited with having infused freshness into the label to keep it modern while faithful to its heritage.

“When I started at Chanel, everybody told me ‘Don’t touch it, it is finished’ and that amused me,” he said.

“It was like a challenge and it worked a 100 times better than I could have imagined.”