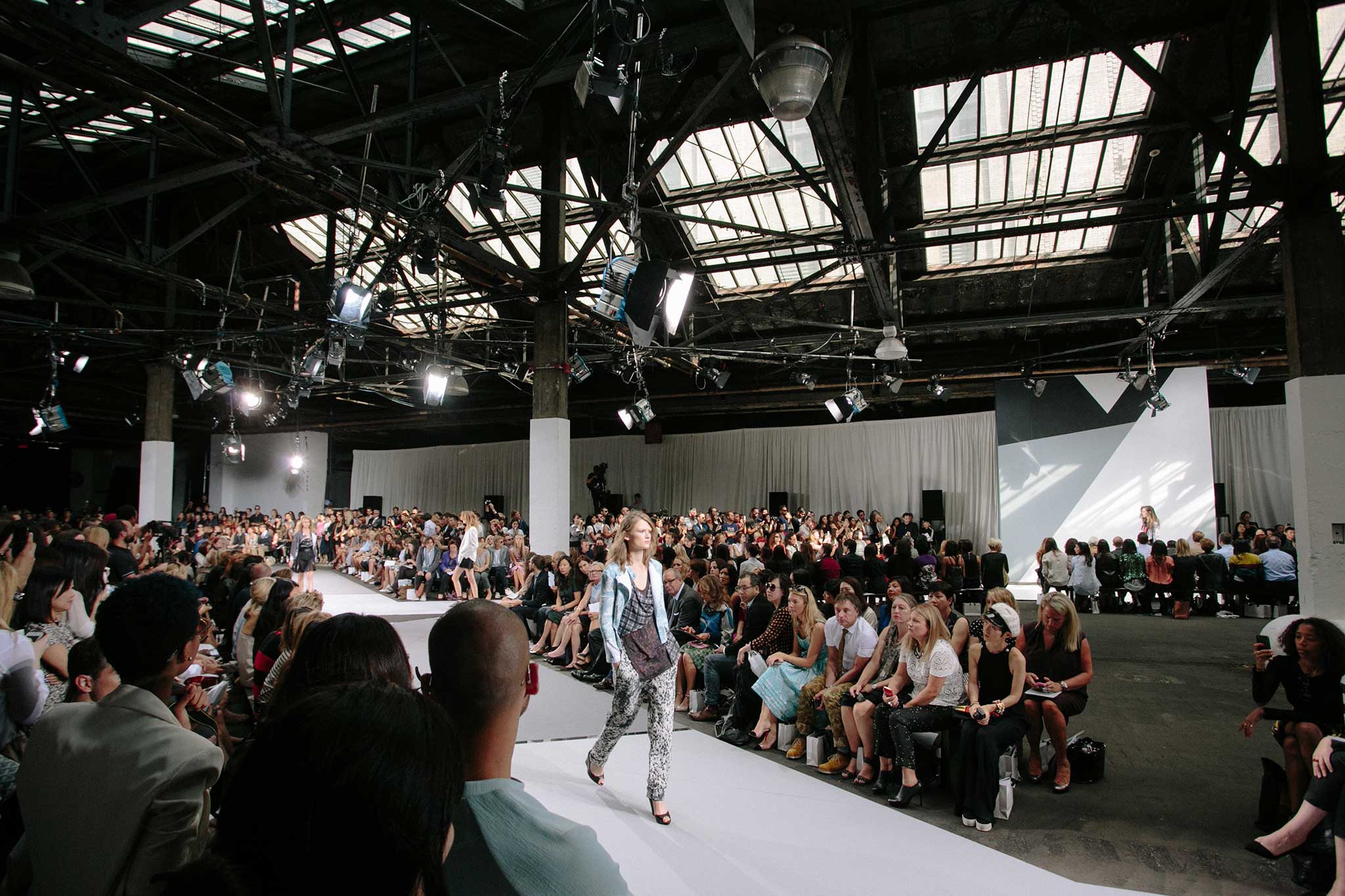 Since IMG announced that New York Fashion Week would no longer be held at Lincoln Center, it’s been anyone’s guess where the event would end up. Now, the company has confirmed that Fashion Week will officially relocate to Skylight at Moynihan Station on West 33rd Street, and Skylight Clarkson Square on Washington Street downtown, beginning this September. Neither space is new to fashion — both have played host to many shows over the years, including Kanye West’s Adidas launch, and runway shows for the likes Phillip Lim, Prabal Gurung, and more. Mayor de Blasio and his team were reportedly heavily involved in the selection process of the new spaces.

In addition to the new venues, Fashion Week will apparently also get another makeover, according to a statement released by IMG this morning. “We are focused on creating the best possible experiences that extend beyond a physical location and moment in time,” says Mark Shapiro, IMG’s chief content officer. “We’re looking forward to reintroducing the industry to a showcase of creative talent, style, and innovation that made the New York runways famous. Part of this showcase involves staying close to inspirational hubs for fashion, art, and music, and we’ve found great new homes for that in Skylight at Moynihan Station and Skylight Clarkson Square.”