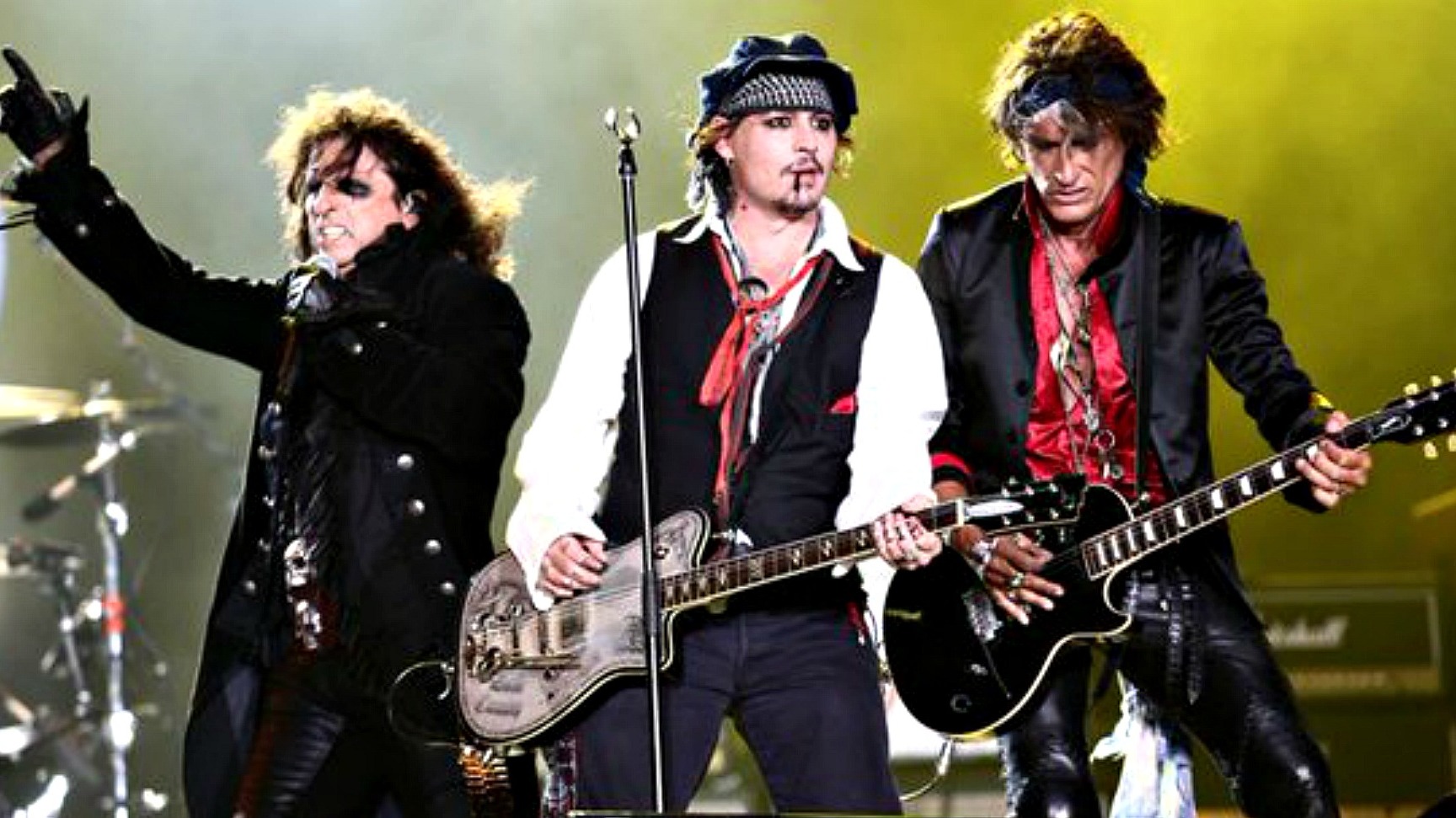 “That’s because yave Johnny’s movie schedule; you’ve got Aerosmith, you’ve got Guns N’ Roses and you’ve got me! It’s five entities going in five different directions. To get those guys all at one time when we’re not working is really unique. So everybody looks at their calendar, and you have to find that two weeks where everybody’s off.”

In case you’re counting, this is the superstar rock band’s first U.S. concert lineup of the year. They announced three show locations following their recent Grammy Award’s tribute to Lemmy Kilmister. Since then, six more show dates have been added. Will there be more? Only time will tell.

As of this writing, you can see Johnny Depp and the rest of the Hollywood Vampires in:

If you want to be extra prepared, take a minute or two to stop by the official Hollywood Vampires website and snag a t-shirt or join the mailing list.

As reported in a separate Rolling Stone piece, Johnny Depp met Alice Cooper on the set of Depp’s 2012 film Dark Shadows. Depending on how well you know Johnny Depp, you may or may not realize he has quite an elaborate guitar collection and a recording studio in his home. Rock on, Captain Jack Sparrow!

After the two men met, they started discussing the idea of doing a cover album of sorts. Everyone agreed it was a good way for the rest of the band members to fool around in Depp’s well-equipped studio.

Last September, the Hollywood Vampires released their debut album, which was very well received. Covers included tracks from musical greats such as The Who, Led Zeppelin, Plastic Ono band, and T. Rex, just to name a few.

Several guest musicians contributed to the album as well. Brian Johnson, Slash, Paul McCartney, and Dave Grohl rocked the studio in an effort to make the album the best it could be.

The Quietus explains to readers that Alice Cooper co-founded the original Hollywood Vampires in the 70s. Believe it or not, the idea for the band started out as a “last man standing” boy’s drinking club. Members included Cooper, Bernie Taupin, Keith Moon, Mickey Dolenz, and Harry Nilsson. Both John Lennon and Ringo Starr were known to join the party on occasion.

As previously reported by The Inquisitr, rumors surfaced last October in regard to Johnny Depp and Amber Heard splitting up over his association with the band. But the talk amounted to rumors and nothing more.

Are you familiar with Johnny Depp’s participation in the Hollywood Vampires band? If so,what do you like best about the group, and are you planning on purchasing tickets to one of their shows? Feel free to leave your comments below.

What is next from JOHNNY DEPP AND THE HOLLYWOOD VAMPIRES ?