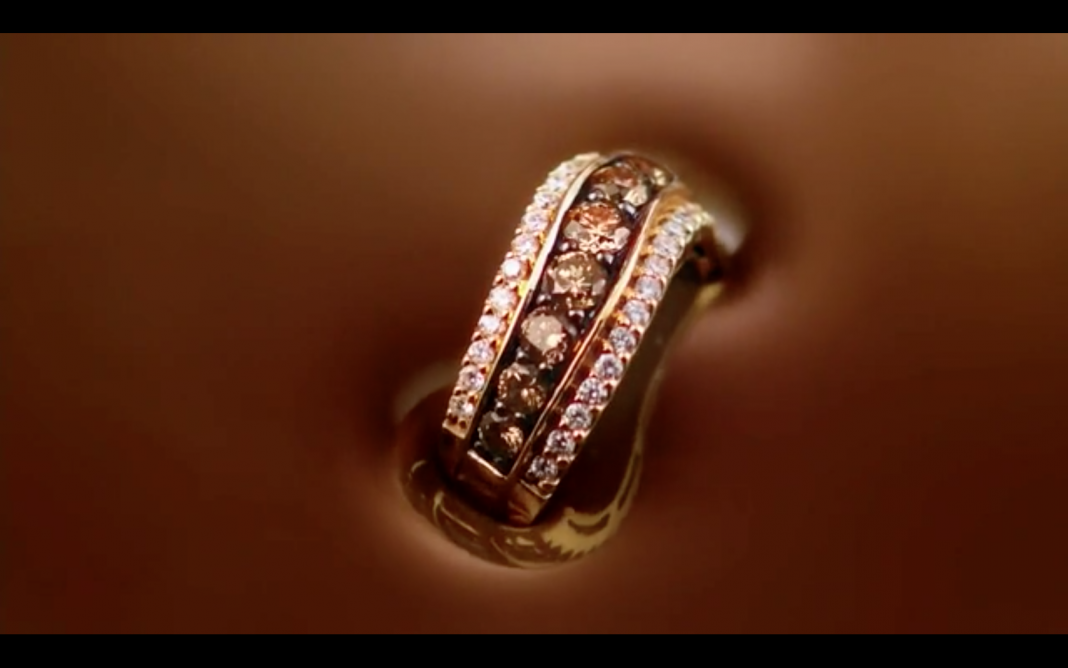 The story begins at the start of the new millennium when Eddie LeVian, designer and CEO, caught a glimpse at the limited quantity of rare, natural, fancy color pink and brown diamonds that were coming out of the Argyle mine in the remote reaches of Australia.  It was no surprise that the rarity of the pinks was quickly recognized; earning six and seven figure price achievements.  The rare brown diamonds, however, were undervalued.  “We believe this was mainly due to the bad rap brown diamonds have received for being ‘off color’ or of lesser value,” tells LeVian.  “It’s a common misconception in the industry.”

While all diamonds mined offer an abundant range of hues and clarity, Le Vian® chose as its mission, to search through the highest quality natural fancy color brown diamonds, the top 5% percent, to selectively procure – and brand – the diamonds that met the company’s exacting standards: C4-C7 color range; SI or higher clarity (eye clean); cut to Le Vian®‘s standards; and responsibly sourced by Le Vian®.  The fact that the diamonds were found in mainly one mine in Australia was attractive to Le Vian®.  The diamonds were also in harmony with Le Vian®‘s efforts in establishing the fashion of fine jewelry with its annual trend forecast and fashion show, which aimed to bring fashion to the diamond and jewelry industry.

Why are they called Chocolate Diamonds®?  The answer to the naming of these rare beauties has also been misinterpreted. Eddie LeVian sets the record straight.  “A friend of mine named Bill would call on me after work to chit chat, many times bearing gourmet organic artisan dark chocolate. He touted the magical qualities and health benefits of chocolate if consumed regularly. I became a proud chocoholic!”  It is this – the understanding of the aphrodisiac qualities of chocolate (the food), the obsession and addiction to chocolate that millions enjoy  – that inspired Le Vian® to brand its natural fancy diamonds as Chocolate Diamonds®, not their color.

Eventually, by 2009 the US Office of Patent and Trademarks, concurred with Le Vian®, that Chocolate Diamonds®had achieved distinctiveness as a brand of Le Vian Corporation. In 2014, the brand became incontestable. Today, the brand continues to rise in popularity as one million strong Le Vian® followers – a collector base that includes royalty, celebrities, socialites and everyday people – have started to appreciate the newest innovative combinations of colors of diamonds, gems and gold in vastly differentiated designs.

Le Vian®‘s rising successes and innovations have been met by some who continue to try to discredit Chocolate Diamonds® by holding on to the misconceptions that these are common diamonds, while the reality is that on the entire planet, the production of 20 point or larger Chocolate Diamonds® is at less than 30,000 carats per year, thousands of times rarer than the white diamonds.

The consumer has shown its understanding of the rarity of these fancy color diamonds, with demand at record highs.  While that means that the top red and pink diamonds now go for as much as $3 million a carat, it still means that you can get a Chocolate Diamond® solitaire that is thousands of times rarer than a white diamond, for a fraction of the price.