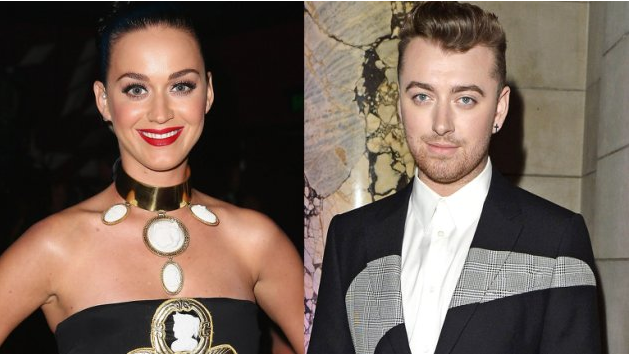 It’s April Fools’ Day… the one day of the year celebrities get to turn the tables on entertainment outlets. (You know, the other 364 days of the year is free game for somemembers of the media to make up stories about the stars.)

A few celebs have had fun coming up with fake headlines — some more believable than others. Here are a few of the buzziest:

T-Pain said his engagement quote was an April Fools’ joke… or was it? (Instagram)

T-Pain had jaws dropping with this one. During an interview with Vulture, the rapper claimedR.Pattz had popped the question to FKA twigs.

“Well, the first time we even met each other, we met in the studio,” he said when asked if FKA twigs would be on his upcoming album. “Her music’s changed a lot since then. But she’s on tour so much, and anytime I call her, she’s in a different place. And she’s engaged now, so that’s about to be a whole other thing.” When asked if the two were set to tie the knot, he replied, “Yeah [she’s engaged], to ol’ Patty [Robert Pattinson]. I don’t know if she wanted anybody to know that …”

Just kidding! Perhaps after hearing the sound of girls’ hearts breaking everywhere — or getting an angry call from ol’ Patty — he went to Instagram and captioned the above photo: “Added a little #AprilFools to my interview with Vulture Magazine today. Check it out!!!!”

Though it would have been a pretty good prank due to the sheer randomness that it would be T-Pain to spill the engagement news, People is now reporting that Pattinson and FKA twigs are indeed planing to get hitched. Stay tuned…

Katy Perry Chops Off Her Hair

Katy Perry still has us scratching our heads with this one, but we think it’s all in good fun. “I asked for the Kris Jenner,” she captioned the above snapshot of herself sporting a sassy new’ do.

We’re inclined to believe the pop star just threw on a wig or used a great Photoshop app… but the “Roar” singer does love to switch things up. TBD on this one.

Happy Endings Is Coming Back

Back in February, a countdown clock ran with the slogan “it’s almost a new day,” leading many former viewers to believe that the cult show could return. Well, the time was up today and alas, it was just a two-month tease for nothing. Creator David Caspe told Entertainment Weekly that a writer or an assistant with access to the Twitter account set up the countdown clock as a gag without his knowledge. Boo.

Here was another joke that pissed a lot of people off. Sean and Catherine Lowe announced on Instagram that they were expecting their first child, captioning the above photo “17 weeks.” People then later published a fake confirmation from the Bachelor winner’s rep saying the father is Andy Dick. Ha ha? This seems pretty elaborate for news many could take or leave. Regardless, a few folks on social media weren’t fans of the gag:

@clmgiudici are you aware of the millions of women who recently experienced miscarriages or are struggling with infertility? So insensitive

@clmgiudici this is so insensitive to those of us who struggle with infertility. Shame on you.

Guys I have some news… I’m straight