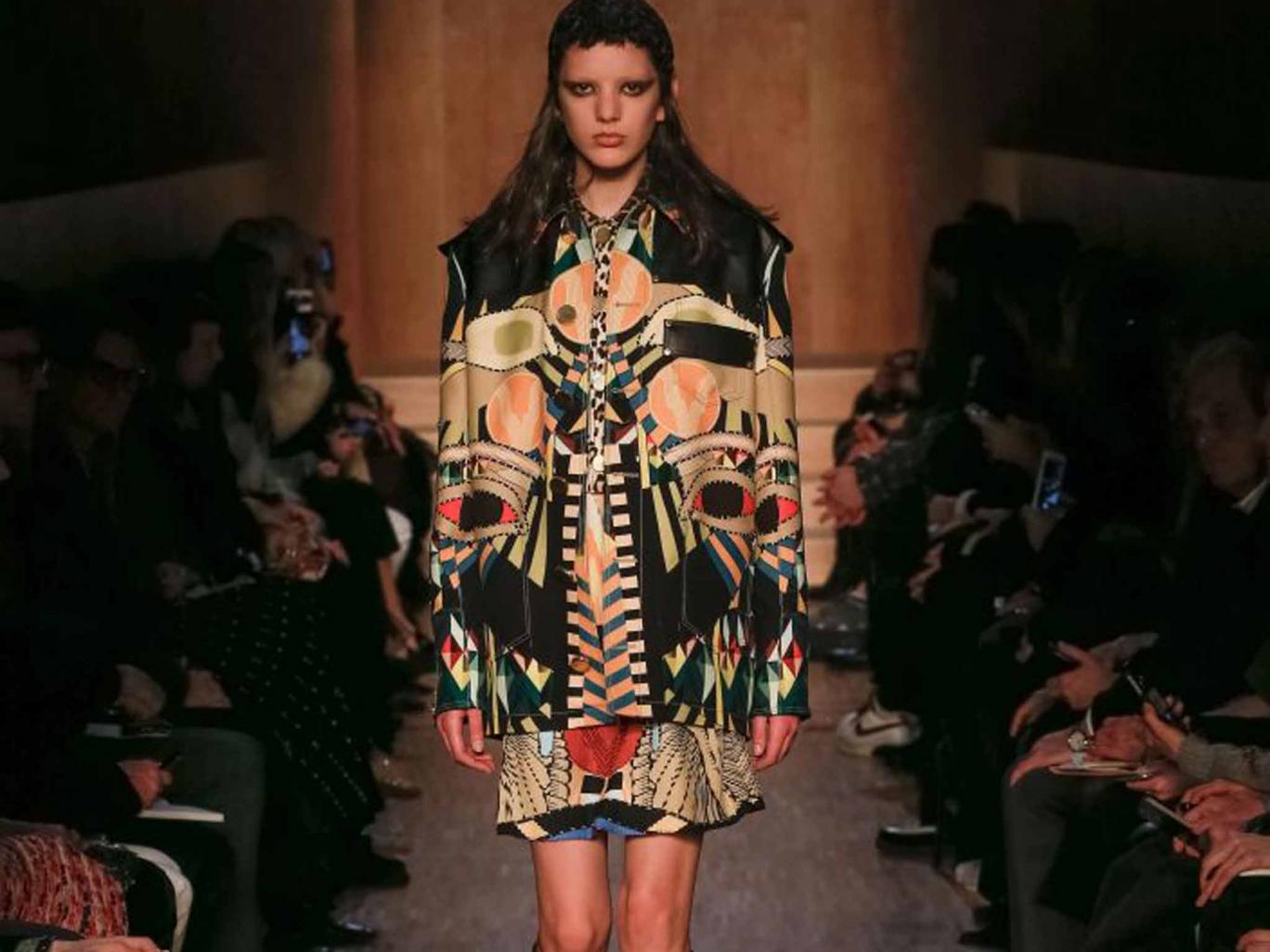 The very first Balenciaga collection from Demna Gvasalia, of Vetements, walked in Paris this morning. Gvasalia replaces Alexander Wang as creative director, though the two aren’t entirely dissimilar: both early-30s, both with a rabid fan (and customer) base for their main lines, both known for being in touch with the kids; almost fetishized by the fashion industry for their respective “cool.”

The changing of hands at a global, historic brand like Balenciaga is a big deal, and the show was one of the most-anticipated of the fall 2016 season. Vetements has a very distinct trickle-up street look, iconized by oversized hoodies and influenced by the aughts. How would Gvasalia approach Balenciaga, a house known for the architectural but ladylike cocoon coats of its founder, Cristobal, and still supported in no small part by the recognizable motorcycle bag of Nicolas Ghesquière’s era?

The first point of distinction came with the announcement that the show would be streamed in 3D, viewable online as well as by a VR headset-compatible app. While other brands have released their fashion shows and collection videos with these 360 videos, none to my knowledge have done that paired with instant streaming. Sadly, the feed didn’t work very well. Twitter pictures and Instagrams from the front row were the most reliable first view of the looks.

So, then, the clothes. It really does appear to be a Vetements-tinged Balenciaga; but what would you expect? The proportions are exaggerated and there is a glamorization of blah clothes like puffer jackets, but there still is a healthy respect for Balenciaga signatures.

The level of proportion play varied greatly throughout the show. One third in to the 44 looks, we see an off-the-shoulder sweater with a traditional-enough trench cinched at the waist, and a slim mid-length skirt. Three models later, we have a cartoon-large men’s shirt half-tucked in to a calf-length tulip skirt. Almost all of the outerwear, including protective winter styles, were worn off-the-shoulder, with riffs on familiar jackets: jean, moto, trench, ski.

Gvasalia, who has also designed for Louis Vuitton and Margiela, put out a fair amount of suiting, too, a category he played with at Vetements for the first time this season. The opening look was a grey, two-button blazer with a molded peplum and a matching, knee-length skirt with a slit that ended somewhere above where the jacket hit. There were a ton of floral dresses, patching together different flowers and styled with candy cane tights (not my personal fav).

As for accessories, there were everyday-looking bags in the front half of the show, in muted navy, olive, burgundy, and camel leather. The later half featured supersized totes — like Ikea shopping bag-big. Glossy, thigh-high boots in purple and black, as well as printed floral, will probably be commercial hits; those clunky platforms will win some hearts, too.

It wasn’t the typical glamour or splendor expected from Balenciaga, but neither of those things are particularly “in” right now, anyway. It’s a casual, quiet moment where a brand like Vetements can peddle hoodies that cost a G; now Balenciaga can sell puffer jackets for three G’s.