Home FASHION Are New Fashion Capitals on the Rise? 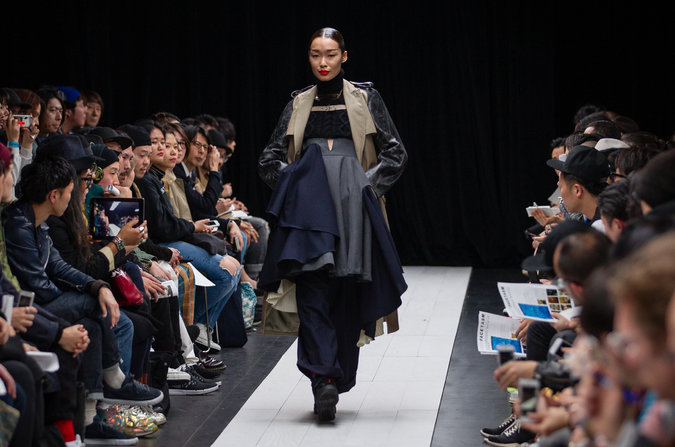 The Mercedes-Benz Fashion Week Tokyo, held in March, is one of many such fashion events around the world. Here, the runway show for Facetasm, designed by Hiromichi Ochiai. CreditChristopher Jue/European Pressphoto Agency

One of the thorniest questions in fashion today is brand nationality.

Tom Ford just won the Menswear Designer of the Year award from the Council of Fashion Designers of America — but his brand is based in London, and he shows on the British fashion calendar. So is his brand British, or American?

When Marques’Almeida, also based in London, won the LVMH Young Designer’s Prize last month, I called the label a British brand — even though both its designers are Portuguese — and some readers felt that was misleading. Yet again, the brand is based in and sells in Britain.

The problem is that, historically, the big four economic centers of the industry (New York, London, Paris and Milan) have been the place to be for a designer, no matter his or her nationality. If you’re not based there, or showing there, you’re, well, risking being overlooked.

Which is why a new exhibition at the Museum at the Fashion Institute of Technology is interesting. Global Fashion Capitals opened this week (through Nov. 14) and posits the idea that other cities are now on the rise as fashion centers, so designers have more options when it comes to work sites that match their identities. And that the process by which the New York, London, Paris and Milan axis was born is repeating itself elsewhere — like, for example, Sydney, Australia; Tokyo; Lagos, Nigeria; and Mexico City, among 19 others in the exhibition. Most of which, by the way, have their own fashion weeks. (These days every country on the map seems to have a fashion week. Some, like Brazil, have two.)

Could the dominance of New York, London, Paris and Milan be threatened? Will they fall? All empires do, in the end. But I’m not convinced we are there yet.

There’s a stamp of approval that comes from being part of the inner clique — in some ways, fashion is not that different from high school — and that clique is the big four.

We constantly speculate, for example, about what the first big global brand to come out of China will be. Yet every time I speak to a Chinese brand, I am told that Chinese consumers want the patina of Paris on their products, so the first thing a Chinese brand needs to do is make it in Europe.

It’s why, for example, back in the day, the Antwerp Six came to Paris to show; ditto Yohji Yamamoto and Rei Kawakubo of Comme des Garçons. It’s why Manish Arora, who has garments in the exhibit and who is from India, still shows in Paris.

Though we often write about the proliferation of fashion weeks, aside from the axis, they remain, in terms of influence and coverage, quite local.

To really threaten the big four, an emergent fashion capital would need not just the designer and infrastructure buy-in, but the consumer buy-in, too. I keep harping on this, but fashion, despite the fact that it likes to think it is edgy, is actually a very conservative, stuck-in-its-ways industry.

Besides, the axis has a vested interest in maintaining a lock on the industry: The economic benefits of being a fashion capital are not lost on the respective municipal and national governments. Which is, in turn, partly why other countries have woken up to the fact that being a fashion capital might be a financially and culturally beneficial idea. Follow the money.

Personally, I think it will take a drastic upheaval in the form of the show system itself — maybe its entire dissolution and reconfiguration — to redefine the meaning of a fashion capital, or subvert it entirely. In the meantime, however, the exhibition is not a bad place to start.