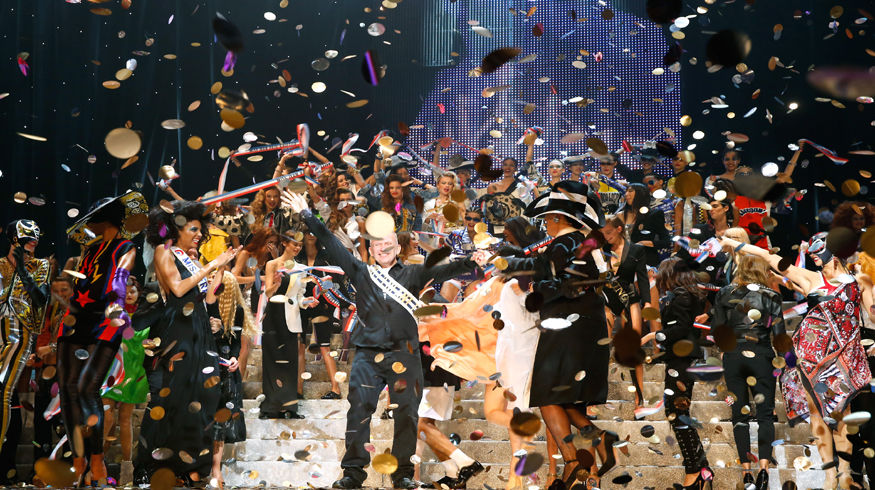 Gaultier, who has been a huge part of the ready-to-wear fashion industry since the 1980s, surprised everyone with his announcement of this being his last show. The brand will now focus on haute couture, perfume, and collaborations within the industry.

All of the excitement and fun aside, Gaultier’s last RTW collection leaves us wanting much more. The S/S 2015 collection is bringing tons of business-sass with tuxedo dresses and pantsuits flowing into capes, as well as corsets, cold shoulder tops, and plenty of casual, but sexy jumpsuits.

Fashion Week will not be the same without Jean Paul Gaultier’s outstanding mix of elegance, kitsch, and racy.