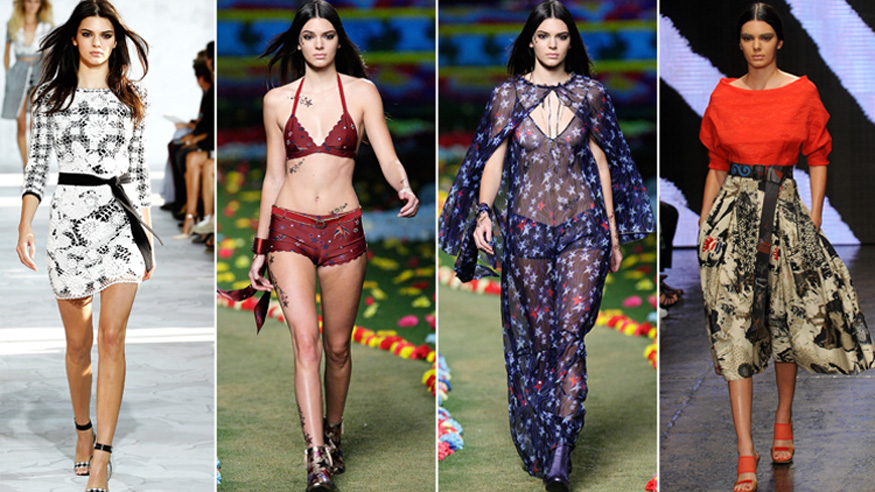 Jet setters in the fashion world saw a good number of the high-fashion model regulars on every continent they visited. However, for a new model, one who just made her debut last year, Kendall Jenner appeared on an impressive amount of catwalks for SS 2015. Known for her socialite and reality TV status, Kendall proved she is much more than a pretty face when she graced (and owned) catwalks around the world.

We have compiled a list of our favorite runway looks. From sheer day dresses to sultry clubwear, Jenner’s effortless natural look is still our favorite. What’s your favorite?