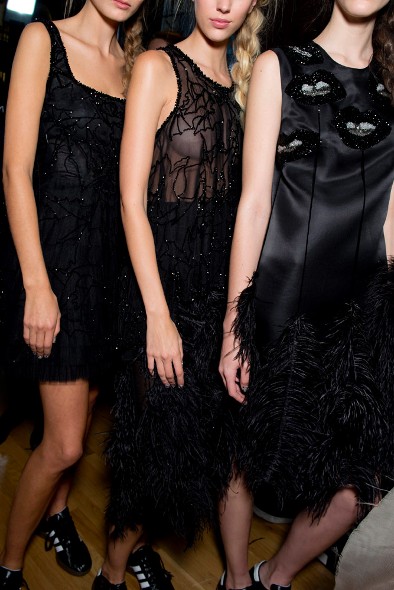 Swarovski is known not only for their vast collection of crystal, but also for their financial support of many designers around the globe. Designers who were a part of the Swarovski Collective this season include Prabal Gurung, Rodarte, Wes Gordon and Brandon Sun for NYFW; while Emilia Wickstead, Michael van der Ham, Mary Katrantzou, Fyodor Golan and Huishan Zhang gave their lines an added glimmer in London.

This season, we take a look at Swarovski by the numbers in New York and London…

Over 75 full crystal looks appeared on the runway.

The total amount of crystals featured nearly hit the million mark at 921,989

There were 67,950 crystal pearls used in London

3 CFDA Swarovski Award winners appeared in the Collective this season.