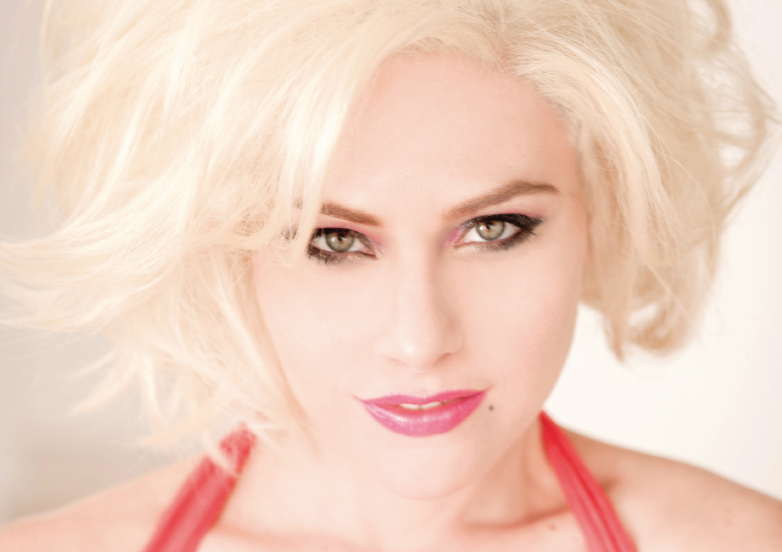 RUNWAY: First of all, huge congrats on “Yummy” and now of course “On Ya” featuring Sean Kingston tearing it up on the UK and Billboard Club Charts! I know I and all my girlfriends love to shake our groove thangs to it! When did you start getting your feet wet in the world of music?

MEITAL: It’s actually a pretty incredible story. I met with this healer in Israel who told me I was going to make music. At the time I was filming a TV show there and this came as a bit of a surprise, but I decided to go with it. What was even weirder is that when I got back to LA, I serendipitously met CHE POPE who became my producer and collaborator. We started making music almost immediately, and it all just fell into place and happened so fast. I think when everything comes together so perfectly and feels authentic, you have to internalize it and really pursue it. Music just made sense to me, even though it maybe wasn’t on my original radar of things I was going to do. It was the next step I was going to take as an artist and I’m really grateful and happy that I did.

RUNWAY: Meital you are sort of like a modern day Renaissance “wo”man mastering everything from film, TV, comedy, music, activism, fashion and all things art – How do you balance it all and maintain a unique impression in all of these outlets? So many say that you can’t do it all, you should only pick one or two things and do those really, really well – what would you say to those folks?

MEITAL: I would tell these folks to open their eyes and look at the greatest artist of our time. Madonna is so many things – she is a mother, she is an entrepreneur, she is a singer, dancer, actor, fighter, political activist. I think as an artist everything you do informs how you express yourself, and in which medium can you best get across that message. I write poetry and I think that poetic sensibility in me helps me connect to roles as an actress, and also my lyrical sensibility as a song-writer. There are so many connections in the things I’m doing, and I truly believe you don’t have to pick. I can do it all and I know that I can, because its not a choice, but rather, a compulsion and a necessity to do it.

RUNWAY: It used to be that a film actor would never do a television show or neither would touch live theater, but today there is soooo much crossover. Why do you think it is different and acceptable, if not even a really wise career move to do that now?

MEITAL: I don’t believe in silly rules like this. I think now a days, actors realize that there are so many channels to expose themselves and their talents, including the web. Nowadays people are watching movies on their TV screens or their IPADs, sitting at home. Its not about the whether you are choosing to do a film or a tv show, but rather the story you’re trying to tell and the role you choose to tell that story. Regarding theater, I’ve always felt very much at home on the stage since thats really where my career began in Israel. Live theater is so exciting because there’s no editing, no retakes, no do-overs. You have one chance to get it right and to move people. I like that intensity.

RUNWAY: With all that you do professionally, I’m dying to ask you 2 questions – a.) How do you find Meital time and what do you do with it on those rare occasions. I saw that you enjoy meditating – is this still something you practice? And b.) What is your core passion; if you could pick just one thing to do for the rest of your life, what would it be?

a) I try to mediate every day and I also do a lot of exercise. Quieting the mind and releasing endorphins through sweat and exercise is a great way to just feel connected, mind and body.

b) I think I would just spend my entire life inside a music video. It’s so fun flying out of airplanes and doing stunts in 8 inch high heels.

RUWANY: When fans hit your website they are enlightened with a personal note from you talking about your spiritual journey and asking people to “read between the lines.” How do you use your work to express your spiritual beliefs and what is it that you hope others take away from it?

MEITAL: I think sometimes people on first listen hear my music and its really fun, and it makes you dance, and it makes you happy, and it makes you just feel good inside. That’s definitely what I want, but I also want people to listen to what I’m saying and my message because I’m using music and my power as a performer to spread important social messages and talk about gender, sex and female empowerment. For me spirituality is personal and not something that can be so easily defined, but I want to take people on a spiritual journey with my music by allowing them to connect with the songs on an individual and unique way, to open their heart let down their guard bring back the values of love, soul, and humanity.

RUNWAY: Your recurring role on hit Showtime’s hit television series “Weeds” initially made you a household name. What is one of your favorite experiences about that role or being on the set of “Weeds.”

RUNWAY: So let’s forget what’s popular – what has been one of your most memorable roles that impacted you either in film, TV or on stage (Yes that’s right boys & girls, she’s an accomplished theater actor as well)?

MEITAL: It’s hard to say but I think one of my most challenging – and rewarding roles was Efrat in Giraffes, which won me a Nomination for an Israeli Oscar. In the film I got to play a character totally different from myself or any role I’ve ever played before and thats the most fun, when you get to really stretch your own imagination of what a person can be and feel.

RUNWAY: Can you share a little bit about growing up in Israel and how you ended up where you are today? When doing some research I didn’t find a lot of mainstream actors or musicians from Israel. What did you do that set you apart?

MEITAL: I think the best way to set yourself apart is to not try to set yourself apart. I’ve always been very independent and done my own thing. I’m very proud of where I come from and
my roots, but I consider myself to have three homes: Tel Aviv, LA, and NY. I think I was able to connect with a larger world audience by taking risks and letting my voice be heard.
Usually when people say things like, “are you sure?” or “maybe thats a little tooo…” my response is “GREAT! Lets do it!” I don’t have fear when it comes to my work, for better and for worse, because I’m confident in what I’m doing.

RUNWAY: When watching your videos and looking at photos, my visual senses are immediately intrigued with your elaborate costuming. How much input do you have on your look on and off the camera?

MEITAL: I’m 100% involved in my styling. I’ve worked with many stylists and its fun to have someone else dress you but what I’ve ultimately learned, is that I know what looks good on me, and I know what image I want to project of myself through costuming and clothing. I’ve always been attracted to conceptual fashion pieces. I think my fashion style is a little bit retro and a little bit from the future. I like combining pieces that have a mod or vintage feeling with pieces that feel like they come from 2999.

RUNWAY: People compare your ever-evolving, chameleon-like style to Madonna or Lady Gaga often, are they influe

nces on your fashion? How do you develop your own identity as an artist?

MEITAL: I love their style but I think my style is very much my own thing. I’ve always worn clogs, way before they were ever a trendy wardrobe staples. I love bright colors and have always been noticed for my unique sense of style. I think dressing up is like asking a question to yourself: “who do you want to be today?” You get to play with all your sides as a woman: girl, sexy, fiery, empowered — all though style. I like that I can put on a dress and feel one way and then add a hat and feel totally different. Great fashion is all in the details.

RUNWAY: You also recently authored a book “Love and Other Bad Habits” a few years ago and can add radio host to your impressive repertoire of skills, so other than conquering the world or solving global hunger, what is next for you?

MEITAL: Well I’ve got a TV pilot in the works and I’m back in the studio cranking out new music for all my amazing fans. I think what I love most about my life is that I never know whats coming, and every day is a little bit of a surprise. I feel lucky for that.