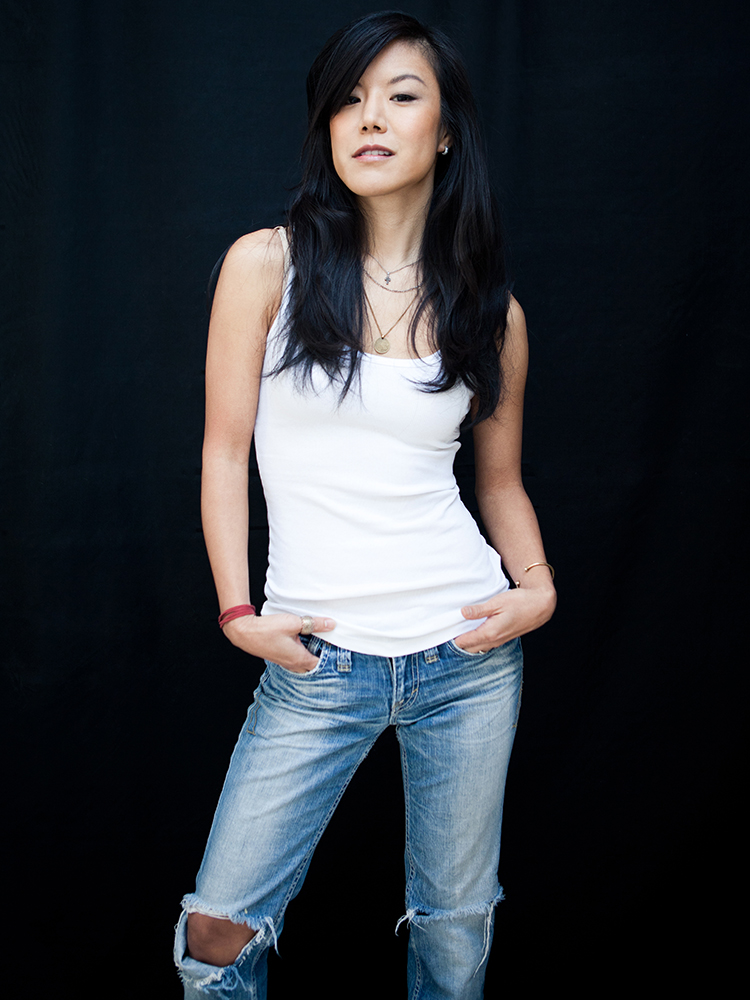 Facebook
Twitter
Pinterest
WhatsApp
Wow, the previews for “Hannibal” are intriguing, we are excited to watch. Can you tell us a little bit more about the show and it’s take on Hannibal and of course more about your character “Beverly Katz”?
“Hannibal” is based on the Thomas Harris novels, re-imagined by Bryan Fuller. It’s the prequel to Red Dragon, though it is contemporary. It’s the story before the story when Will Graham first meets Hannibal Lecter, before Hannibal is known as Hannibal the Cannibal where the bromance and the mind games begin.
I play Beverly Katz, an FBI crime scene investigator specializing in hair and fiber. She’s sharp and sassy, and the only woman on the team. She works with Brian Zeller (Aaron Abrams) and Jimmy Price (Scott Thompson) under Jack Crawford (Laurence Fishburne). Jack brings on Will Graham (Hugh Dancy) who is complex and damaged, but the best profiler around. And we hunt down serial killers.
Did you have to do a lot of research for this role?
We worked closely with a forensics expert who trained us as much as he could before we began shooting. And he was there on set with us through the season as a consultant. It’s an incredible process just processing a crime scene, not to mention what you’re exposed to. We also worked with a SWAT team who are in several scenes with us when we’re out in the field. They coached us on how to handle weapons, various protocols and maneuvers. We all wanted to try to be as authentic as possible. We’re so lucky to work with all these guys.
You have thrived in all the mediums, film, television and theatre. Do you have a favorite of the three? What is the biggest difference for you as an actor?
Gosh, I feel like I’m just getting started. I don’t have a favorite because I love doing it all. And it’s all so different. Theatre is intense and amazing because you’re doing it live eight times a week and sharing every moment with the audience with no second chances if you screw up. When I’ve worked on films, you don’t get any instant feedback and are at the mercy of your director and editor, but unlike television, there’s a clear and distinct beginning, middle, and end. With television, as a guest star, you’re jumping into this already running machine where everyone’s been working together and you’re the new kid at school. It also feels fast and furious. Being on a series with multiple episodes, you get scripts every week, rewrites on the fly, and you don’t necessarily know where your character will end up. And while you get a rhythm and vibe with your co-stars, you work with a different director each episode. But if I’m working on good material with good people, it doesn’t matter to me what medium it is. I love it all. Having said all that, “Hannibal” is most definitely the most thrilling project I’ve worked on so far.
You star on this series alongside Laurence Fishburne and Hugh Dancy. You’ve worked opposite Charlize Theron, Anne Hathaway, Glenn Close and Alan Rickman. Who are some other actors that you would like to work with?
Oh God. There are too many to name them all. Off the top of my head…Bryan Cranston, Toni Collette, Tony Shalhoub, Marion Cottillard, Chris Cooper, Javier Bardem, Jennifer Lawrence, Ryan Gosling, Vanessa Redgrave, Cate Blanchett, Bradley Cooper, John Malkovich, Meryl Streep, Liam Neeson, Ewan McGregor, Will Farrel, Kristen Wiig, Anthony Hopkins, Robert DeNiro, Tommy Lee Jones…I could go on and on and on.
Since this is Runway, let’s talk a bit about fashion. What is your favorite go to outfit for a casual day? A night out? Ever tempted to raid your character’s closet?
I guess on any given day, I’ll probably be wearing leggings or skinny jeans with some old T-shirt and a pair of boots. On a night out, I’ll probably be wearing the same thing with a pair of sky high heels and some maquillage of course, or a muted sequined mini skirt with a wife beater under some kind of long sleeve jacket.
I’m always tempted to raid my character’s closet! She’s not exactly a fashion plate considering she’s either in the lab or drawing a gun, but her threads are still pretty hot. Our costume designer has great taste. I’ve got my eye on a couple of leather jackets, a few funky tops, and a pair of knee high boots.
I know everyone is dying to see your new show but what are your top three reasons people should watch?
That’s easy. Mads Mikkelson, Hugh Dancy, and Laurence Fishburne. HOT, HOT, and HOT.