Home ENTERTAINMENT Getting to Know Erin Wilhelmi, 'The Perks of Being a Wallflower' starlet, 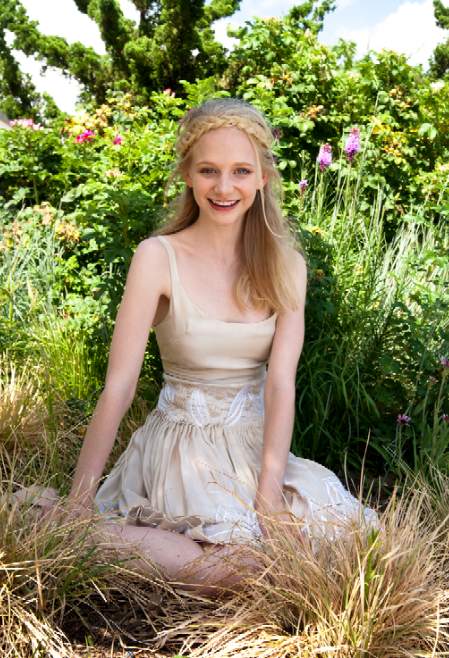 Starring opposite Emma Watson, in Stephen Chbosky’s directorial debut, Erin plays ‘wannabe goth’ high school student, Alice. Along with acting, Erin is devoted to living a healthy lifestyle. Practicing yoga and eating right, she continues to embrace life with a ‘go green’ philosophy. In addition, Erin dedicates her time to organizations that protect the environment and its endangered species, particularly gorillas, as well as supporting organizations such as Results: The Power to End Poverty, Invisible Children, and Amnesty International. Coming up, she can also be seen on the stage in the World Premiere of Amy Herzog’s off-broadway production of The Great God Pan, playing ‘Joelle,’ this Fall.

RUNWAY: September is an exciting month for you: Your first New York fashion week and your big screen debut playing Alice in The Perks of Being a Wallflower. Anything standing out that you are most excited about?

I know! I’m so glad September is finally here! I’m just so excited for the movie to be released. It really is a beautiful film and I feel so honored to have been a part of it. I hope it will touch as many lives as the book did. And I can’t wait for my family to see it. I wish I could be at the movie theater in Kentucky to witness their reactions!

RUNWAY: In Perks, you are playing the quiet, ‘wannabe goth,’ misfit, Alice. Are you similar to Alice at all personality-wise or style? How would you describe your personal style?

I’m similar to Alice in that my style is all over the place. Haha. But I’d say Alice makes much better style decisions then I do. I’m actively working to improve my sense of style. Alice, on the other hand, is fearless with her fashion. She uses it to express herself and since she’s kind of quiet, her style has a lot to say. Like Alice, it took me a while to feel comfortable in my own skin. I think senior year of high school was a pivotal point in my life. Deciding to pursue Acting in college gave me a sense of purpose and I think that’s what the idea of film school does for Alice. And of course, I share her love for New York City.

RUNWAY: What was the first thing you did when you found out got the role of Alice? Who did you tell first?

The first thing I did was call my mom! I found out I got the part a few hours before I had to go to rehearsal for a musical that was opening in two weeks! We had been rehearsing for three weeks already, so it was a bit difficult to have to leave the show, but the cast and the director were extremely supportive and understanding. A week after I got the part of Alice, I was on a plane headed to Pittsburgh about to have the summer of my life.

RUNWAY: This film has a lot of buzz surrounding it and an incredible ensemble cast. Was there any cast member you were most excited to work with? To meet? What actor(s) outside of Perks would you most love to work with?

Oh my goodness. I was so excited to meet Emma. I actually saw her in the hotel when I first arrived in Pittsburgh, but I was too nervous to say anything. It wasn’t until three days later when we had rehearsal for the Rocky Horror scene that I finally met her. She’s amazing! I was also so excited to meet Paul Rudd. I sat at his lunch table a couple times and he is even funnier in person. I think it would be fun to work with Leonardo DiCaprio someday, just so that I could tell him I had his poster on my wall for years. Haha… Or maybe I shouldn’t tell him that…

RUNWAY: I hear you are starring in the world premiere of the off-broadway play, The Great God Pan, this fall, can you tell us about it.

It’s a wonderful new play by Amy Herzog (who wrote ‘After the Revolution’ and ‘4000 Miles’). It centers around a man who is trying to come to terms with a childhood trauma. The characters confronts delicate issues such as sexual abuse and eating disorders. We start rehearsals in October and I can’t wait to work with such an amazing creative team! It’s also a dream come true to be working at Playwrights Horizons. When I was 15 years old, I came to New York City for the first time and I remember being excited when our bus passed by the Playwrights Horizons sign on 42nd street. They’ve contributed so much to the world of theatre and now I get to work there!