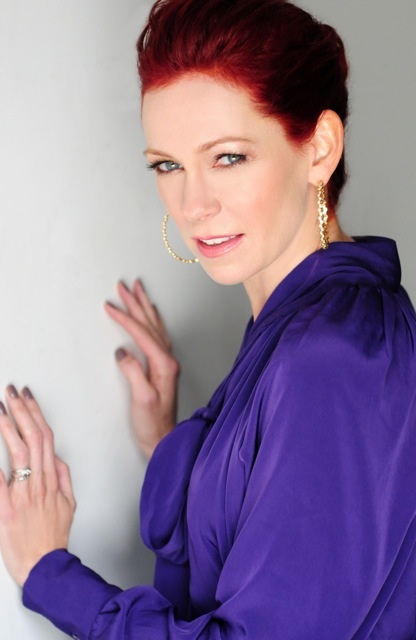 So much has happened since we last connected! Congratulations on the Sundance success of your film “That’s What She Said.” Can you tell us what is up next for the film? Will mass audiences be seeing it soon?

The film is a comedy starring Anne Heche, Alia Shawkat and Marcia DeBonis. It took me almost 8 years to get the film made, and taking it to Sundance was a dream come true. The film was really well received, and we got a distribution deal from screening there. We have also been playing other festivals all around the country, which has been wonderful. Our next festival is Outfest in Los Angeles on July 15th. Then Phase 4 Films is going to release the film in theaters and on all other platforms this September. We are thrilled to be sharing it with many more people!

Speaking of congratulations, your work on CBS’ The Good Wife has received the highest praise and I have to agree. What is it like for you playing Elsbeth?

I love playing her. I love the nimbleness of her mind. She has so many things going on inside of her, and it seems to me that each and every thought gets equal time and attention in her mind. She can be solving a case and admiring your blouse and thinking about picking up her dry-cleaning all at the same time. It’s a delicious and refreshing role to play.

What can you tease about your series regular role of Arlene on HBO’s True Blood this season?

This season focuses on Terry’s past and what went on with him in Iraq. We have not seen the last of Patrick, the mysterious figure from Terry’s past that came into their lives at the end of season 4.

You have been rocking it on the red carpets this year, the suit at the True Blood premiere was unforgettable. What has been influencing your personal style these days?

I am someone who likes to take a chance and try new things, on the carpet and in life. Tracey Moulton, the stylist I worked with for this season’s premiere, found that white suit, and I got super excited about it. It was so unlike anything I had ever worn on a carpet, and I thought the Season 5 premiere would be the perfect time to bust out something like that. Plus I’m doing so much directing and producing these days, I thought it fit that role as well. And with my hair red now (I was blonde for many years), I always try to choose clothes that accentuate it.

We seem to see your face everywhere, in a good way, people cannot get enough! What do you have coming up on your schedule next that you are excited about?

I will hopefully be doing a few more episodes of “The Good Wife”, continuing to play the brilliantly nutty Elsbeth Tascioni. I also hope to return soon to “Person of Interest” as Mr. Finch’s (played by my real life husband Michael) ex-fiance. I have two indie films that recently came out, “A Bag of Hammers” and “Virginia”. Also, a film I did last summer called “Vino Veritas” will be making the festival rounds soon. And of course I’m putting a lot of energy into the release of “That’s What She Said” in September!