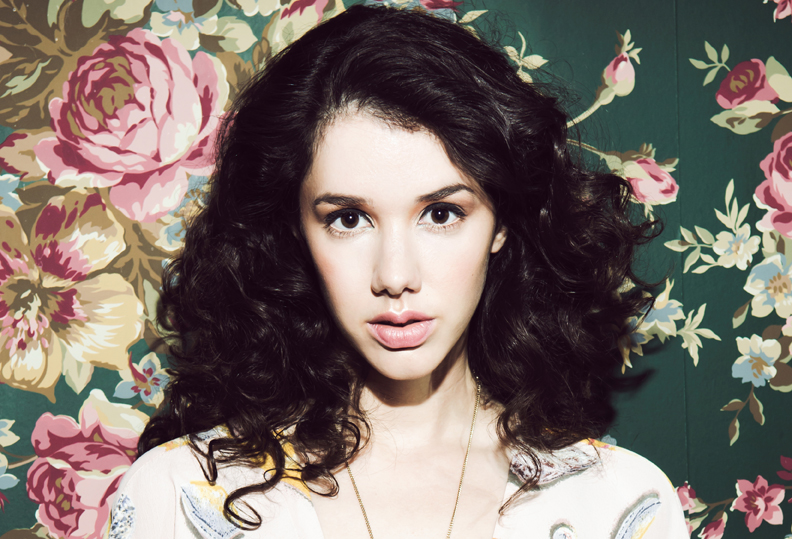 Dasher’s role on the show has helped her fine tune her own sense of style and knowledge of the fashion world. A vintage clothing fan, Erica says that she “loves the thrill of the hunt” when shopping and describes “a sense of euphoria when you sift through a bunch of clothes and find that one amazing piece that was hidden at the back of the rack”. When asked about what we would find her own closet at home, Erica described an eclectic mix of style that doesn’t subscribe to one particular fashion philosophy – “It’s really all about how I feel that day”, she tells us.

As far as style tips to live by, Erica recommends mixing high and low end pieces to complete a look without having to break the bank. “H&M and Top Shop have some great clothes at an affordable price that you can mix and match with a more expensive bag or shoe. You don’t have to spend a ton of money to look great”, she says. Judging by the flurry of style photos we’ve seen of her from various events around Hollywood (she’s been spotted at everything from movie premieres to the America Music Awards), it’s clear this budding fashionista knows exactly what she’s talking about.

A relative newcomer to the Hollywood scene, Dasher previously held a role on TheWB.com’s original web series The Lake. The popular show, produced by former WB CEO Jordan Levin and Jason Priestly, followed the stories of four families as they spent their summer vacation around the fictional Lake Eleanor.

But her acting chops aren’t the only skill set she’s holding. Dasher is also an accomplished filmmaker having produced her own documentary feature SPEAK EASY which follows the lives of a group of eccentric teenagers who vie for high school glory in the world of competitive acting, otherwise known as “Forensics” . Currently in post-production, the doc mirrors her own high school experiences as a member of the speech and debate team.

With her undeniable talents, killer style and bright future, we look forward to following Erica’s career for many years to come.

Jane by Design on ABC Family