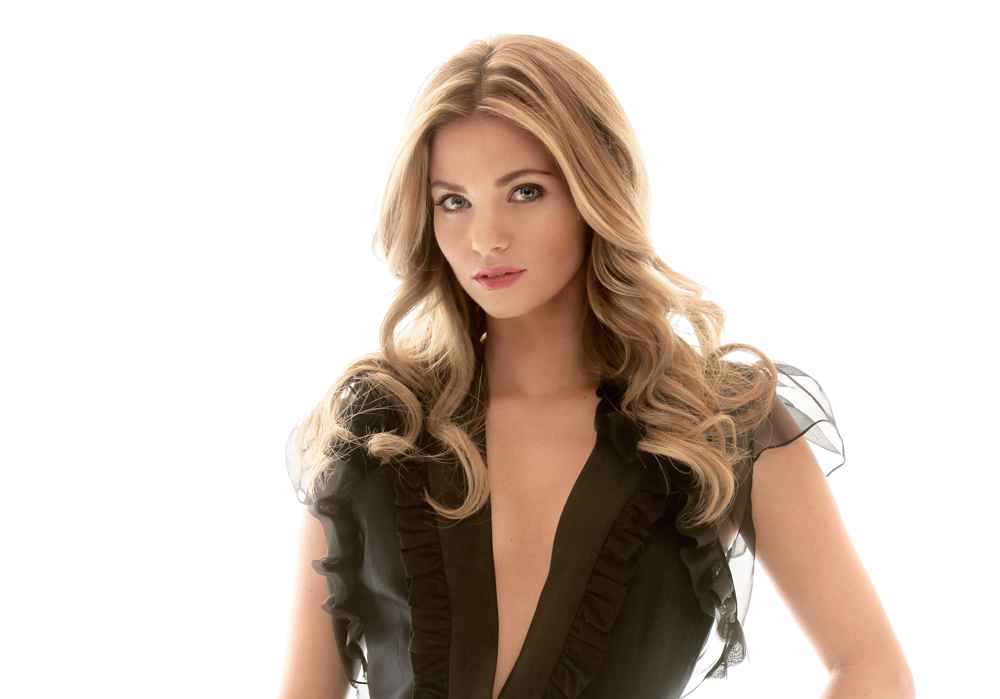 Washington-native Amber Lancaster worked as a Seattle Seahawks Sea Gal for five consecutive seasons starting at the age of 18. Since then, Amber has been showcased in print and television, which has made her no stranger to the fashion industry. Most notably, she was featured in Maxim Magazine and has appeared on Deal or No Deal and The New Price is Right. Currently, she stars in The Hard Times of RJ Berger as Jenny Swanson, RJ’s love interest. The show is scheduled to air on MTV starting in June.

In between filming and supporting the Seahawks, Amber reveals to Runway why she always wears high heels, her go-to summer outfit, and her excitement over working with Runway’s Nole Marin.

Runway: Who is your favorite swimwear designer?

Amber Lancaster: I don’t really have one. I just look for what looks best for my body type. I love bright colors! Victoria’s Secret usually has a pretty good selection for me.

R: What is your favorite outfit for staying cool during the summer?

AL: Sundresses!! I live in dresses during the summertime, but I always bring a light sweater with me when going places because I get cold very easy, and in the summertime the A/C is always overused in my opinion.

R: Who is your favorite shoe designer, and what type of shoes do you wear when you are not on set?

AL: I love Christian Louboutin shoes! I don’t know what girl doesn’t; however, I would be broke if I had a closet full of them. So, I also really like ALDO, Steve Madden, and Jessica Simpson. They are less expensive without compromising style.

R: When you wear heels during show tapings and photo shoots, what is the most comfortable pair of heels that you have worn?

AL: Wearing heels is kind of a learned skill. None of them are truly comfortable, but I’ve been wearing them for so long I don’t even feel right in flats. I go into auditions all the time and put heels on. The casting director tells me, “Oh you don’t need to do that, we’ll only see you from the waist up”, but I wear them anyways. Heels just make you feel different and carry yourself differently. The most comfortable pair I’ve ever worn was a beautiful pair of YSL caged sandal heels.

R: How do you incorporate your love of sports into your daily fashion choices?

AL: If I’m just running errands around town, I often just wear jeans and a t-shirt and throw on a baseball cap. Always Seahawks, of course.

R: What are your current and future projects?

AL: I’m currently working on The Hard Times of RJ Berger, which is MTV’s first scripted comedy. It airs June 6th right after the MTV Movie Awards. I play the role of Jenny Swanson, who is the quintessential girl next door and the girl of RJ’s dreams.

R: What is your favorite fashion-related reality show?

AL: I love America’s Next Top Model. I’ve watched it since the very first cycle. It was so cool getting to meet and work with Nole Marin for Runway because I’ve seen him on that show for years. He’s amazing!!