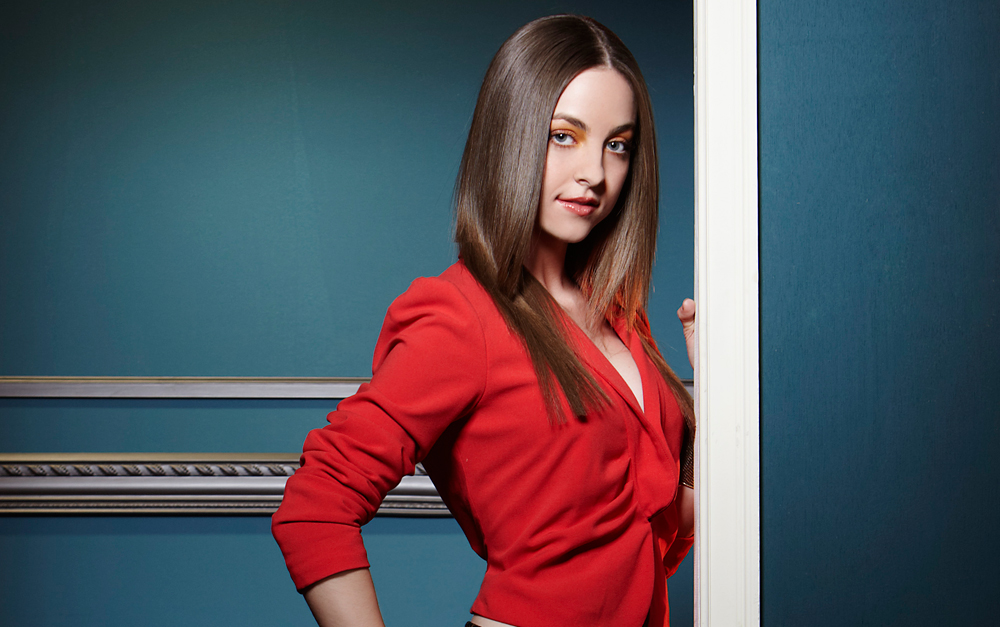 At 11 years old Brittany was “discovered” and began booking roles on MADtv and Power Rangers Wild Force and in numerous commercials, including one for Chevrolet opposite Olympic skater Michelle Kwan.
And in 2005, her wishes written to Cinderella came true when she booked one of the leading roles in the Disney Channel Original Movie Go Figure, which led to being named one of the “Top Five Faces to Watch” by The Kidzworld Girls in 2007. She is currently playing Lucy on the TNT series Men of a Certain Age.

Runway: What do you like best about working on the show Men of a Certain Age?

Brittany Curran: Every day I get to pretend Ray Romano is my dad. What could be cooler than that? The funny thing is I watched Everybody Loves Raymond growing up and had a crush on Ray. After receiving the script for the pilot episode, I almost died when reading I was going to kiss Ray on the cheek.

R: Do you relate to your character, Lucy, at all?

BC: In some ways. I love her feisty side and how she’s not afraid to speak her mind. She’s certainly not timid about jumping around to different boys, a bit of a sex fiend. In fact, in one episode my “boyfriend” started to kiss me-not in the script!-and I went with the flow. Oh, where I did draw the line is when the boy tried to keep kissing me even after the director yelled, “CUT!” I’m hoping for even more kiss scenes in the third season. Maybe I’ll be lucky and TNT will bring in William Moseley for a hot, steamy sex scene. Hey, I can fantasize-it’s cable!

R: What has been your favorite role to date?

BC: Playing Tiffany in Legally Blondes was a lot of fun. She was the queen bee at the prep school. One of my favorite aspects of preparing for the film was studying some of Meryl Streep’s scenes in The Devil Wears Prada. It helped a lot with keeping my character real, especially in a teenybopper film. At my audition I didn’t want to go in and just act like your stereotypical mean girl, so I decided to play her more manipulative and passive-aggressive. While shooting the film, one of the producers approached me. He said that after I left the audition, the producers and executives all looked at each other and one of them said, “Was she just being mean to us?”

R: Whom have you enjoyed working with the most and whom do you wish to work with someday?

BC: Jennifer Garner in 13 Going on 30 was so nice-that was my first film. Working with Jennifer Love Hewitt on Ghost Whisperer was a blast. We loved talking about Twilight between scenes; we were both reading it. The entire MADtv cast was nonstop hilarious. I hope that someday I get to work with Meryl Streep. She is my all-time favorite actress and a goddess-she really is brilliant and my acting hero.

R: What do you like to do in your spare time between college courses and work?

BC: I love to hike, especially with my dad. I love to read. Currently I’m reading Metamorphoses (aka The Golden Ass) by the Latin writer Apuleius. He was born in the 120s, which gives you an idea of how old the book is. Watching classic films is something I do often. Going to the Hollywood Forever Cemetery to watch classic films during the summer is so much fun.

BC: I’ve been obsessed with Free People recently. It’s cute and unique, but still casual at the same time. Also, I’ve fallen in love with Karen Millen of England. Her stuff is classic, simple and sexy.

R: How would you describe your personal style?

BC: Fashion-forward yet not trendy. I have my own sense of style, which is a bit bohemian chic.

R: Who is your fashion or style icon?

BC: Audrey Hepburn! Her simple elegance is iconic. The great thing about her style is that she knows just how to complement and accentuate her body type. In Roman Holiday, she wears a classy short-sleeve white blouse tucked into a long skirt. I read that she added the scarf and belt herself after the costume designer put the outfit together. My plan is to find an outfit just like it and wear it when I visit Europe for the first time.

R: What style do you like men to wear?

BC: Definitely clothing that is more form-fitting, but not too tight. Stylish, but not trying too hard. Marcus Mumford (of Mumford and Sons, one of my favorite bands) wears a lot of vests and I think that is so sexy. T-shirts with bands or particularly witty sayings on them tend to score points with me. The most important thing is that the guy is comfortable and confident in what he wears.