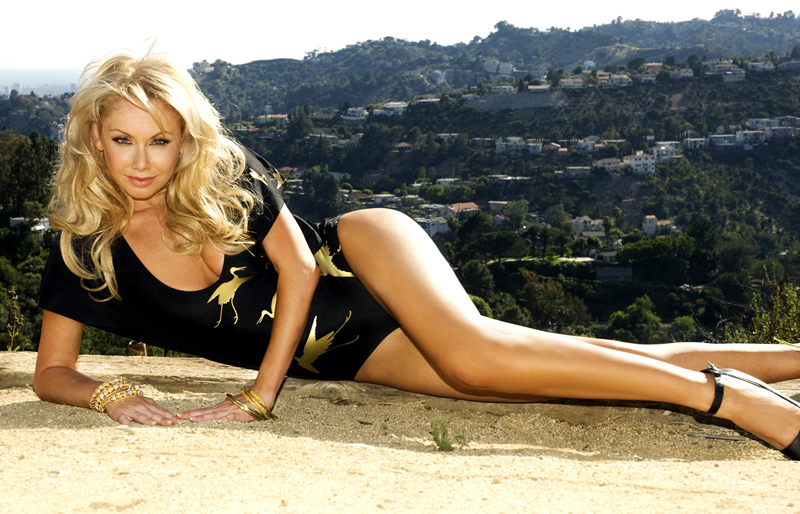 Since childhood she’s been tearing up dance floors in her native Australia, eventually starring on the first season of the Australian Dancing with the Stars in 2004. She won the second season with partner Tom Williams, an Australian television presenter. In 2006, Johnson was invited to join the cast in the U.S. and partnered with another television personality, Jerry Springer. In season nine, Johnson became the only dance professional to have won the title in two different countries, that after tackling a tango with Donny Osmond. Johnson also co-starred in the fitness DVD Dancing with the Stars: Cardio Dance. Johnson’s talent even had her entertaining guests at Elton John’s 50th birthday party. After being voted off with David Hasselhoff this season, she landed a gig as an E! News correspondent.

Runway: Who has been your favorite dance partner on Dancing with the Stars U.S.?

Kym Johnson: I can honestly say I’ve loved all my partners that I’ve been partnered with, but I do have a few favorite ones and Donny Osmond is up there. He is such a nice man and we did win the mirror ball trophy, which was the ultimate prize at the end of a huge dance journey. Joey Fatone was an incredible partner and of course Jerry Springer—my first U.S. partner—was so adorable.

R: Who would you like to have as your next dance partner?

KJ: The Rock. I think he would be amazing on the dance floor and he seems like he’d be a really nice guy and a quick learner!

R: If you could dance with anyone living or gone who would it be and why?

KJ: The obvious answer, I would have to say, is Elvis Presley. In my eyes he is the king of dance—he definitely knew how to swing his hips. And Priscilla was on the show. She was so lovely to get to know! I think that Arnold Schwarzenegger or Bill Clinton would also be pretty great partners!

R: Do you plan to do more seasons of Dancing with the Stars in the US or Australia?

KJ: It is the best show to be a part of and I would love to do more seasons.

R:What made you choose ballroom dancing over other styles of dance?

KJ: I trained in singing, jazz, tap and ballet from the age of three and worked at an Australian theme park in numerous shows at the age of ten. I then started ballroom at the age of 13. My brother was the one who started first because he fancied a girl at school who took ballroom and wanted to impress her!

I have been fortunate enough to travel the world dancing. I rejoined Burn The Floor late last year in New York City and made my Broadway debut, which was a wonderful opportunity.

R: You have a fitness DVD out. What is some advice that you have for someone considering dance as a form of fitness?

KJ: Everyone who does Dancing with the Stars has a body transformation. Dancing is such a great total body workout—you are focusing on the steps and forget you are working out. It becomes fun fitness.

R: Who are some of your favorite designers to wear on and off the dance floor?

KJ: For beautiful evening dresses you can’t go past Australian designers such as Collette Dinnigan, Alex Perry and Johanna Johnson. I also love Marc Allison jeans. They fit so well and are very comfy. I love fashion and I love dressing up for red carpets but I am also just as comfortable wearing my workout gear to the dance studio!

R: What are some of your secrets to avoiding a wardrobe malfunction?

KJ: The wardrobe department at Dancing with the Stars is simply amazing. I have often been sewn into dresses so I don’t have a malfunction. The wardrobe team on the show always makes sure you are firmly in the dress. Also, the good old-fashioned double-sided tape works a treat too.