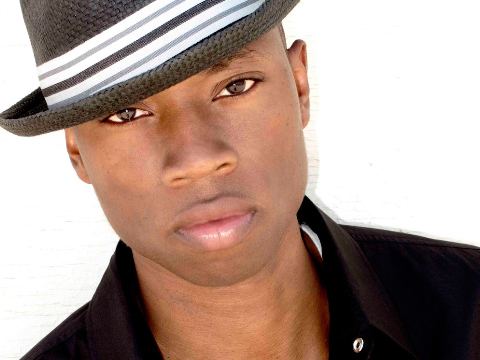 After attending high school in Sacramento, Jones went to UC Berkeley on a basketball scholarship. The leap from court to screen happened about five years ago, when Jones says a couple of buddies who acted in commercials recommended he try it too. Jones met with an agent and right away he says he was booking a lot of commercials. Next were acting classes and a commercial agent; a manager soon followed. Then Mark Schwahn, executive producer of One Tree Hill, came along, and Jones recalls, “I auditioned for him, he took a chance on me and the rest is history. I have been extremely blessed.”

Fittingly, Jones’ first major role was that of a high school basketball player on CW television network’s One Tree Hill, a role for which he had to prove his basketball skills to earn. Jones has also guest-starred on television programs Southland, Dark Blue and ER, and his feature film credits include Hurricane Season with Forest Whitaker and Isaiah Washington.

Jones’ upcoming role, again sports-related, is that of Lewis Flynn in CW’s new fall show Hellcats. As a former-college-football-player-turned-competitive-cheerleader, Flynn is one of a group of college kids attending Lancer University, who comprise the show’s central story. “Marti Perkins is trying to stay in school by any means necessary,” Jones explains. “She needs a scholarship and her last resort is trying out for the competitive cheerleading squad to earn one. The show follows her journey through college along with the other members of the Lancer Hellcats team.” Jones describes Lewis Flynn as a laid-back, easy-going guy who is one of the bases on the team.

When we caught up with Jones, here’s what he shared with us:

Tell us more about Lewis Flynn.

Lewis is a former football player, so his strength and athleticism prove useful in his new gig as a cheerleader. He’s definitely a ladies man yet he somehow is able to stay pretty honorable…They don’t like to have us with a lot of clothes on Hellcats, so I’ll say the viewers can definitely expect to see a whole lot of Lewis, if you know what I mean.

What’s it like working on a pilot and starring a new show from the beginning, versus coming into a series that’s been on for seasons?

The major difference is that there is much more at stake when you are shooting a pilot….When you guest-star, you are adding decoration to a house that has already been built, however, when you shoot a show from day one and the show gets picked up, it’s like you are building your own home with your own hands. It’s as if you and the amazing talents of everyone around you have combined to construct this beautiful house. There’s just so much more to be proud of. It’s quite humbling and such a huge blessing. And the joy you get from looking at that one decoration in a house that is not yours cannot compare to the elation you get when you look upon the fruits of your collective labor.

All of my castmates are amazing and really good people, for that matter. We are all pretty close in age and we hang out off set all of the time. We’re either working out together, grabbing dinner together, going to the movies together or just chillin out, uh huh, together. It’s like I’m back in the college dorms all over again!

I’m sort of a t-shirt and jeans type of guy. I spice it up with a polo, button up, vest or maybe even a sweater or a blazer from time to time. But on most days, you’ll catch me in some kind of t-shirt with some comfortable jeans on…I do like my hats too. I can’t forget about the hats.

What do you do to stay fit?

I do strength training with either weights or resistance bands. And for cardio, I play basketball and run wind-sprints. Pretty simple workouts. Nothing too crazy. However, I’ve been thinking about trying out cross-fit. I hear it is a beast!

Who is your go-to designer for day-to-day style and why?

I’m a Ralph Lauren fan for day-to-day-type clothing. You can never go wrong with the classic polo or a solid Ralph Lauren button down shirt and jeans. Super comfortable and casual yet refined.

Who is your all-time favorite designer and why?

Hugo Boss comes to my mind when I’m thinking about the all-time greats in men’s fashion. I love their clothing. They have some amazing suits and tuxedos. There’s something about how you feel in a Hugo Boss suit. Just… bossy… so very BOSS-y!