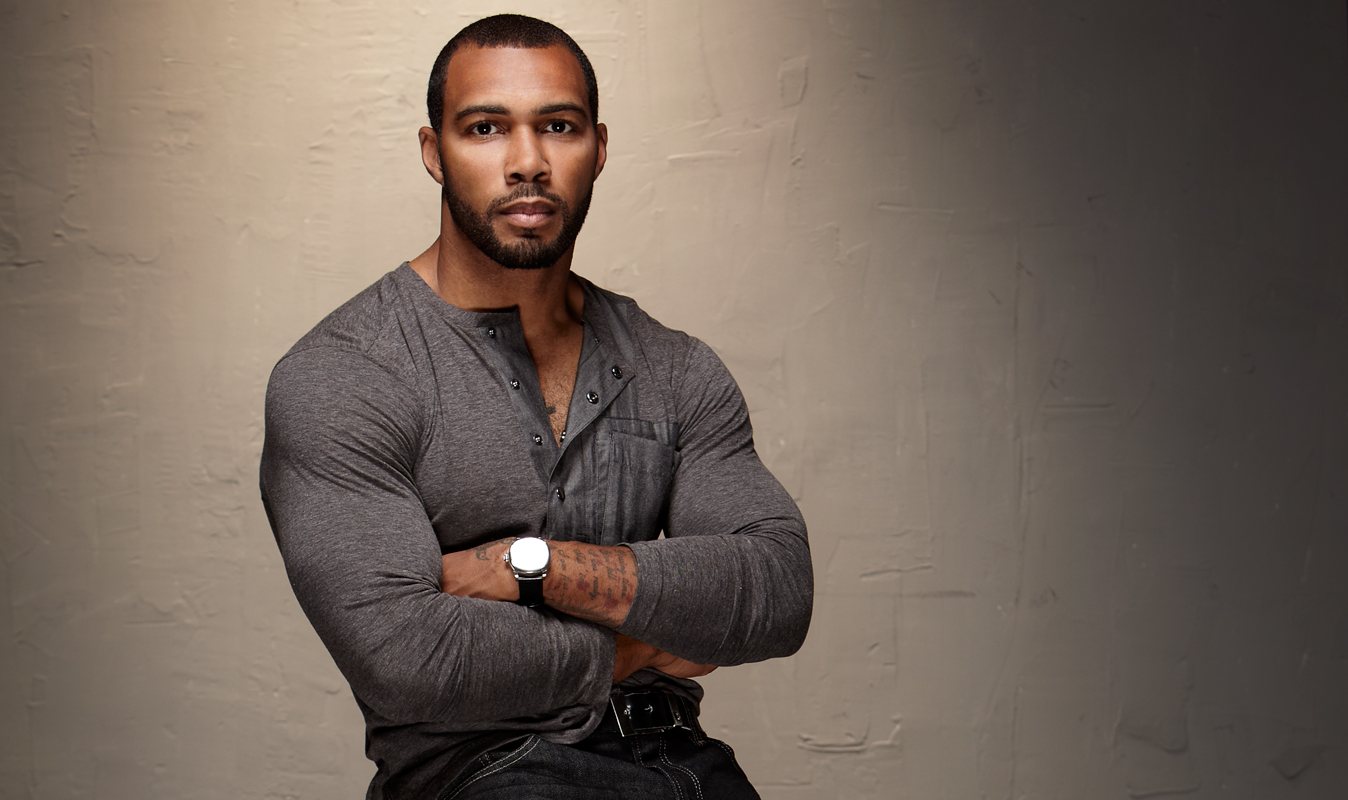 Born Omari Latif Hardwick in Decatur, Georgia, Hardwick’s parents gave him a name to set a precedent – Omari meaning most high, and Latif meaning gentle. He shares, “I in no way believe that I am the highest or most high but I feel like my name gives me something to strive for.” Hardwick’s youth revolved around sports but, early on, he knew he also had a passion for the arts. He was actively writing poetry on a regular basis at age 14 and still writes and publishes today. In high school he excelled at basketball, baseball and football, and then continued his football career to play at the University of Georgia. Although a star on the field, Hardwick never gave up his passion for acting and minored in theatre. He says, “I hugely attribute sports to my success in the entertainment business. Being on the field taught me dedication and discipline. I already came from a strict household when I was growing up, so playing sports just took that to another level. Whenever I approach a set, I always feel as though the cast, crew, director, are all part of a team. I have always married athletics and art, two huge parts of my life.”

After graduation, Hardwick relocated to San Diego for a spot on the San Diego Chargers football team (NFL), however, a knee injury cut his football career short. He decided to revisit his original passion for acting and moved to New York to study his craft more extensively. In New York, Hardwick studied off-Broadway until 2000, when he made the move to Los Angeles. As a struggling actor he worked odd jobs to pay for acting classes, but the security gigs and substitute teaching at times weren’t enough to make ends meet – at one point he even lived out of his car. Hardwick shares, “What is so crazy is that where I presently shoot my series Dark Blue is where I lived in my car when I first moved to Los Angeles. It is surreal at times.”

Hardwick’s big break came in 2003 when he was cast in his first major role as a series regular in Spike Lee’s Sucker Free City. Two years later he landed the feature The Guardian and TNT’s Saved – both of which he booked within a three-week span in 2005. He notes, “I felt like I had arrived when I went back to one of my odd jobs that had let me go several years prior, and I looked out over Sunset Boulevard right next to the Chateau Marmont and saw myself plastered on a billboard overlooking the city. I had to break down a little at that point – it was a big moment for me.” Throughout 2007 – 2009 Hardwick worked on various projects including guest starring on several television series and filming several movies including Summit Entertainment’s Next Day Air and Touchstone Picture’s Miracle at St. Anna. In 2008 he landed the role of “Ty Curtis” on the TNT series Dark Blue; season 1 aired throughout 2009.

In addition to acting, Hardwick is a founding member of Plan B Inc. Theater Group and a co-founder of Los Angeles Actor’s Lounge. He has big plans for his production company, Bravelife, in 2010 as well, and plans on expanding the company. Hardwick also continues to work on his poetry and has written more than 4,000 poems.

Recently, Hardwick took time to answer some of our questions. Here’s what he said:

RM: In Dark Blue, what’s going on with “Ty” this season?

OH: I think fans can expect a more interesting Ty, not as introspective – more off-the-cuff in his decisions, maybe resulting in a more exciting Ty. They can expect that he is fully committed to the job this year and he is not second-guessing like he was in the first season, and that his priority is not necessarily the juggle of husband and cop as much as it was in season one.

RM: How do you get into character?

OH: Without giving too much of my secret away, I am an actor who works inside out, first discovering the flaws and the negative side of the character, secondly justifying and validating why they are there and thirdly concluding where the character must end up.

RM: How is the camaraderie on the set?

OH: The environment on set is quite the antithesis of what fans see in terms of the tense angst with which we attack our job. We make it through our long days with a lot of laughter and a lot of practical jokes. I can honestly say that the five of us get along quite well, often hanging out with each other outside of the set.

RM: How do you find time for poetry?

OH: At the oddest hours of the day, whenever I can write. For example, I pulled over on an LA street at 1 a.m. a week ago and penned a poem. Poetry keeps me balanced and sane in the midst of the insanity often required to be an actor.

RM: How are you able to balance your personal life with your many interests and work?

OH: I wake up every day knowing that my greatest blessing in life is my family and friends, and I would be willing to bet that the even greater blessing is how humble and connected they keep me to what matters most in life – and that is them and spending time with them. Of course, anyone as family-oriented as me understands the need for alone time and I force myself to take it. My motorcycle helps.

RM: Who is your favorite clothing designer and why?

OH: Ralph Lauren. I think that the two most important [ideas] in life are ‘mediocrity is not an option’, and ‘consistency is priceless’. Ralph Lauren has dressed every man and every woman in a timeless, classy manner, consistently, from the moment he started.

RM: What is your day-to-day style?

OH: It is hard for me to answer that question as I don’t look at myself like that, but my publicist seems to think I am a cross between a James Dean with classic tee shirts and jeans, mixed with a lot of vintage 1970s pieces. I am a sucker for really unique sneakers and really cool boots. I have been told that I can wear a hat as well, and that not every man can.