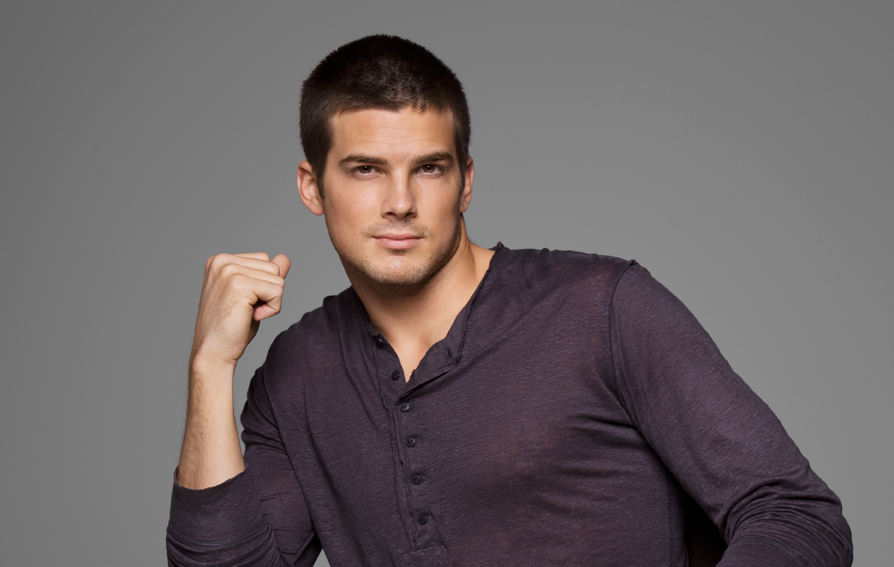 Rick Malambri was born to perform. As a five-year-old child, he would play his father’s Bryan Adams CD, stand upon the kitchen counter and blast out the words to ‘Summer of ‘69’. It was a surprise to some, then, that his first job wasn’t as a singer or an actor, but as a model. Although he knew he had not yet found his true calling, Malambri enjoyed modeling as it gave him a sense of which clothes suited him and which didn’t. He describes himself as “just an average dude”, but at 6’2” tall with a muscular physique his measurements are anything but average. He found it particularly hard to find clothes that fitted him until he discovered Hugo Boss, whose fit and design worked well with his athletic frame. As for casual threads, he chooses Banana Republic and American Apparel. In line with his easy-going character, he is most comfortable when wearing a simple button up and a pair of well-worn jeans.

Malambri’s first real foray into acting came in 2006 after being spotted on the subway by a talent agent. After moving to Los Angeles (the city he now calls home) his first role was in the hit comedy show How I Met Your Mother. He followed up with his first movie break in 2009, starring in the Surrogates alongside Bruce Willis. Working on the movie was a surreal experience for Malambri. He had grown up watching Willis’s movies and now here he was acting on the same set. Describing Willis as an icon he was blown away by the experience, but adds somewhat mischievously, “I kept wanting to call him John McClane!”

This August, Malambri will appear as the lead in the third installment of Disney’s Step Up series: Step Up 3D. New York’s intense underground street dancing scene is brought to life in spectacular 3D as a tight-knit group of dancers, led by Luke (Malambri) and Natalie (Shami Vinson), find themselves competing against the world’s best break dancers in this adrenaline-fueled final installment of the franchise.

Malambri describes the movie as being about dreams coming true – “But only if you’re willing to let go of what you know and push for that dream”. He had no formal dance training before appearing in the film except for some street and break dancing he dabbled in as a child, so the grueling Step Up 3D training schedule was a shock to his system. For six weeks, he trained ten hours a day, six days a week, rehearsing choreographed routines over and over again. After working the punishing, yet highly enjoyable schedule, Malambri has a new-found respect for dancers, citing them as “some of the hardest working entertainers in the business”.

Malambri admits that although he is new to acting and still finding his feet, at some point in the future he would love the opportunity to dabble in the complete movie-making process of production, writing and directing. This would allow him to blend some of his design skills (he has qualifications in digital media and Web design) with his acting skills. As for now, he is currently shooting a Hallmark Channel movie After The Fall alongside Andrea Bowen from Desperate Housewives, which will air in October. He has other projects on the go right now too, which keep him quite busy.

Like his character Luke in Step Up 3D, Malambri also has a dream. His dream is to emulate Johnny Depp, an actor whom he feels brings a real excitement and curiosity to the screen. “You always want to see what he is going to come up with next, and for that I find him to be one of the best actors out there,” he explains. With an assortment of acting roles behind him and a bright future ahead of him, Malambri has every chance of achieving his dream. We are already curious and excited to see what exactly Rick Malambri has in store for us next.