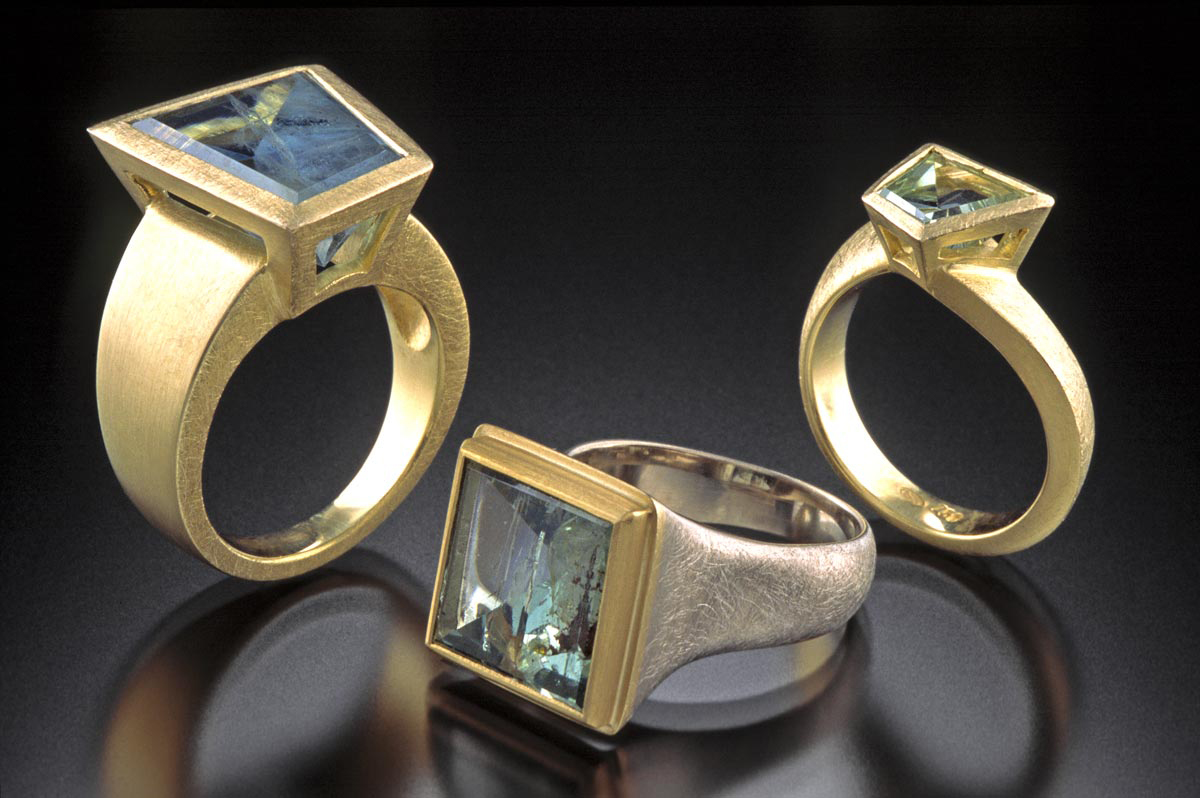 While we don stones and adore the shimmer, we often forget that they signify something intensely personal and explain some of the greater mysteries of the inner-soul. If you wish to align yourself the planets and your center, here are the meanings behind the birthstones we all know and admire:

Garnet is the birthstone for January. Its name comes from the Latin expression for “pomegranate,” and it has been found in burial sites as early as the Bronze Age. Typically thought of as deep red in color, January birthdays actually enjoy this gemstone in any color but blue. In early civilization, it was believed that garnet stones would protect one in the afterlife, and in the Middle Ages, people would wield them to stop bleeding, as well as warding off and healing blood infections and blood disorders.

Also the accepted gemstone for 4th, 6th, and 17th anniversaries, February birthdays hail Amethyst as their birthstone. A relative of quartz, Amethyst comes from the Greek for “sober.” Ancient Greeks believed that consuming wine from an amethyst cup would prevent drunkenness and poisoning. Other cultures have thought amethyst to keep evil thoughts at bay. It has been identified in jewelry worn by Greek kings and queens 4500 years ago.

Sailors once wore aquamarine for protection and the Middle Ages believed it to quell sickness caused by poison. Derived from the Roman words for “water” and “sea,” respectively, it literally means “seawater.” Part of the beryl family of gemstones, ancient Romans believed that aquamarine was revered by the god Neptune and came washed ashore after falling from the jewel boxes of sirens. Because of its likeness to the waters of the Mediterranean, aquamarine was believed to gain special faculties when submerged in water. Water in which aquamarine was immersed was used to treat heart, stomach, liver, and throat ailments. Wearers of aquamarine are said to be gifted with foresight and bravery, as well as increased intelligence.

Diamond, the most revered of all gemstones and the absolute hardest mineral on earth, was called “Vajra” by the ancient Hindus, which means “lightning.” This refers both to the brilliant light thrown off by diamonds, as well as its titan strength. An emblem of regality, diamonds were long thought to be an all-purpose cure for myriad illnesses. Now they have come to symbolize ceaseless love and eternal promise.

Emeralds were the favorite gem of Queen Cleopatra and to the Romans it was the gemstone of the goddess Venus, thought to bring love, splendor, fertility and revival. In more modern times it is a symbol of wisdom and patience, as well as growth, love and devotion.

The pearl forms when a foreign body lodges in the flesh of a mollusk. The mollusk coats the object with layers or “nacre” and, over many years, a pearl is produced. Ancient peoples ground up pearls to treat systemic stomach and heart problems, and pearls were also once thought to be an aphrodisiac, as well as a symbol of purity.

Ruby has always been thought to have magic powers and, in ancient times, was associated with fire and power. Ruby was common in talismans and it was thought that a Ruby submersed in a pot of water would boil the water instantly. Kings used rubies to warn them of danger: when the ruby grew dark peril was sure to follow; when it returned to its natural color the threat had passed. It has been said that a Ruby’s glow comes from a flame, enclosed within the stone, which can never burn out, making this an icon of perpetual devotion.

While its name comes from “faridat,” the Arabic word for “gem,” this gemstone is anything but ordinary. Sometimes called “evening emerald,” early Egyptians would look for peridot reserves in the early hours of night because it shone even after the sun was gone. Its powder was used to treat asthma and dehydration, and, in a gold setting, it was thought to ward off nightmares. Today is represents strength and vitality.

In the old days it was believed that the world sat upon a giant sapphire; the Ten Commandments are thought to have been inscribed on sapphire tablets. Symbolizing wisdom, clarity, and purity, sapphire was thought to be a guard against jealousy and legend has it that a snake put into a sapphire container would die. Today it is a gift that speaks of sincerity and faith.

Ancient Arabs used to say that opals were heaved from the heavens in bolts and storms of lightning. Greeks told of the prophetic powers of Opal and it is rumored that Cleopatra wore Opal to seduce Mark Anthony. Called “cupid paederos” or “child beautiful as love” by the Romans, this gemstone, indicative of confidence, was worn as a symbol of purity and hope that would keep its wearer free of disease. It was also ground up in antiquity as a multi-purpose cure-all and to prevent nightmares.

One of the rarer quartzes, citrine did not make its way into civilization until first century B.C. Rome. A citrine talisman could block out demonic thinking and diminish the effects of snake venom. Medically it was used for problems pertaining to the kidneys and urinary tract. Today it is a symbol of hope and strength in hard times.

From the Sanskrit for “fire,” ancients venerated Topaz for its cooling potentials, rumoring it to chill a pot boiling of water when submersed and even hot temperatures. Among its healing powers are the ability to alleviate insanity, insomnia, and asthma, and it was even believed to make its owner invisible to enemies. In more modern times it has become a beacon of fidelity and true love.