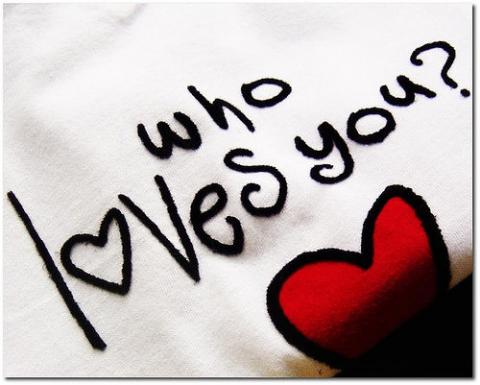 While your appearance will no doubt play a part in getting a guy you like to notice you and ask you out, there are many other factors which actually play a much more significant role in the long run when it comes to being attractive. Unfortunately, if you are like a lot of women, you may be spending far too much time worrying about your hair, your makeup, your thighs, and your wardrobe than considering who you are as a person and how you act in those early critical stages of a relationship.

Those early stages can make or break the chances of a budding relationship turning into something more serious. And most of you are probably looking for something long-term rather than endless casual dates that go nowhere. Even if you’re not, you probably want to be in the driver’s seat rather than being the one who gets left by the side of the road. Following are several secrets which, if mastered, will make you irresistibly attractive and greatly increase the odds of keeping his interest for the long haul.

One of the most attractive traits you can have is confidence. We are all naturally drawn to people who are self-assured and confident. Part of the reason for this is because we tend to admire people who have traits we would like to possess ourselves. And confidence is one of those traits so many people lack. Also, if one already possesses a positive trait, we are drawn to others who have it as well.

Confident people are appealing because they act from a position of strength. That is, they don’t give their power away easily, and thus are more in control when it comes to interpersonal situations. A truly confident person usually has high self-esteem. As a result she is typically less “needy” in a relationship, drawing others to her, rather than repelling them like needy people do.

Now you may be thinking to yourself, if I am lacking in confidence how do I get it? Well, there are many things you can do to build your self-confidence which are beyond the scope of this article, but the first thing you can do is to “act as if”. This can actually be quite powerful if you do it consistently.

Practice acting as if you are confident. Standing tall and looking people in the eye when you talk to them are two good places to start. Observe others who appear confident and model their behavior. Smile and say hi to people and initiate conversations. You may be quaking in your boots on the inside, but only you need to know that! Acting “as if” is a great way to begin developing any desirable trait, and the more you do it, the more it will develop. Most men find confident women to be very attractive!

This is a far more crucial aspect of attractiveness than most people realize. First, let me clarify that there is nothing wrong with being a truly nice person, IF you are doing it for the right reasons and if you have a lot of other great qualities to go with it. Unfortunately, some people act nice because a) they need to compensate for a lack other positive qualities; b) they are incredibly insecure and desperate to please; or c) they want something from you. In these three cases, “nice” is not really a good trait and makes a person anything but attractive, and a guy will pick up on these pretty quickly.

Have you ever met someone who you thought was “really nice” at first, and then in time, when they didn’t get what they wanted from you they suddenly turned on you and showed a very dark side? Or, perhaps you’ve met people who are nice in that they are so desperate to win your approval that they always agree with you, always laugh at your jokes, and will do anything you ask them to. Now, how much respect do you have for people who are like that? Probably very little, if any. And if you met a guy like that, you’d probably run the other direction, just as he will with you!

Most men desire a woman who is secure enough to stand up for herself, say no, disagree, and express her opinion even when it is the opposite of his. Not only is it intriguing, it shows confidence and strength. This isn’t to say you should never agree with him or that you should shove your opinions in his face at every opportunity. Rather you want to show that you don’t need his approval; that you are your own person. And that makes you very attractive and interesting.

3) Never talk about your flaws!

Okay, I need to preface this with saying that down the road when you’ve been a couple for awhile it’s okay to share some of your most secret self doubts and insecurities. BUT, early on, don’t whine about your flaws! You want him focusing on your strengths and not your faults, so by all means don’t go pointing them out to him.

For example, like 95% of the women on this planet, you probably hate your thighs and wish you were 5-10 pounds thinner. But don’t complain to him about your less than perfect body. Save that for your chats with your girl friends. When you complain to him, he will feel pressured to reassure you and compliment you, which may feel uncomfortable to him. Let him compliment you when he genuinely wants to. Also, if you don’t like yourself, he may start wondering why he likes you. If he thinks you’re a great catch, don’t ruin his perception by trying to convince him otherwise!

This is vital, especially when you are first dating. It’s really easy to get caught up in your time together and want to spend as much time with him as possible. But trust me, you will be far more desirable if you are the one who ends your time together and keeps it on the short side. It’s kind of like a delicacy which you don’t get to eat very often. When you do, you relish each bite. But if you had it all the time or ate too much of it, you would quickly stop enjoying it as much.

Giving him too much of your time early on will make it very easy for him to take you for granted. You need to give him the chance to miss you and long to see you again. If you don’t, you will become far less special quickly. We always tend to put the most value on things that we don’t get to have quite enough, which always leaves you longing for more. That is the best way to win his heart…always leaving him wanting more of you. So, never overstay your welcome.

None of these secrets are meant to be manipulative, which is never a good basis for any relationship. Rather, they all come from a place of strength and self-respect, which is what makes them so powerful. Follow these tips because you value yourself. Ultimately, truly valuing yourself will make you far more attractive to the men who come into your life!