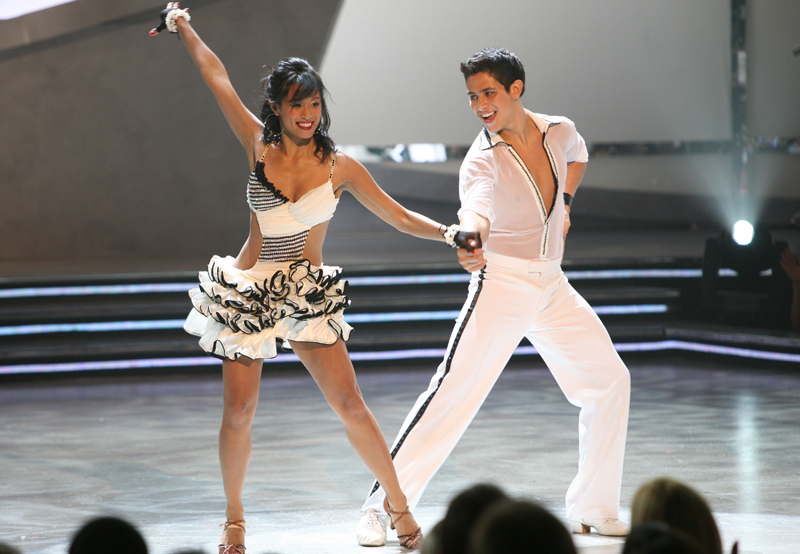 On a normal day you will see Soyon An catching up with life’s daily chores, out shopping “the shops,” with friends on the beach, snowboarding, or seeking her next travel adventure. What’s interesting is that it is hard to imagine such a busy young woman having time to breathe, let alone doing any extracurricular activities outside designing. Currently a notable head costume designer for Fox’s hit TV shows “American Idol” and “So You Think You Can Dance”, designer Soyon (pronounced like the word “on”) has been adding a fashionable edge to the stage week in and week out. Soyon took home an Emmy award for her work on “So You Think You Can Dance” this past September.

Soyon found her passion in sewing and designing clothes at the young age of eight with her Barbie and stuffed dolls. As a teenager she grew up with frugal parents, so Soyon had to get creative with her outfits and hairstyles so that she could still fit in with her peers, but without spending too much money. Fashion was her calling early on, as she would help her friends create and style their prom ensembles as a hobby. However, it wasn’t until her senior year when Soyon figured out that she wanted a career in fashion. She began filling out college applications and seriously thinking about what she wanted to study, and suddenly, it all came together.

Many wonder how she gets the ideas for her remarkable creations. Soyon shares that she is stimulated by the world around her. She shares, “the trees when they change color, the sunset, the city below when I’m landing in a plane, people from all around the world, other artists of every medium, and the list goes on. So much of this world inspires me.” When asked to describe her work in five words she said, “Deconstruction, colorful, fun, edgy, and beautiful.” Tied to both TV shows through music, her fashion icons are often taken from the music world. She aspires to create designs inspired by Gwen Stefani, Lady Gaga and Rihanna, and the late Michael Jackson.

Although she has had a fascinating resume in both styling and design, it all really started in 2006 when she was hired to work on the hit show “So You Think You Can Dance” alongside costume designer Gamila Smith for the show’s second season. Her excellent craftsmanship and dedication didn’t go unnoticed. When Smith’s busy schedule made her unavailable to go on the season two tour, producers asked Soyon to step in. At the end of the tour, the producers asked her to design season six of the highly popular show “American Idol.”

Since beginning her work with 19 Entertainment, Soyon has designed season one of “Superstars of Dance,” designed for a feature film called “Shoot the Hero,” and was recently a head costume designer on “American Idol’s” past season eight. She’s also designed three tours (seasons 2,3, 4 and 5) for “So You Think You Can Dance” including a tour in Canada and the tour for season six of “American Idol” with Jordin Sparks. She is currently designing for “So You Think You Can Dance” season six this fall after supporting the recent American Idol tour (season eight with Kris Allen and Adam Lambert).

Through her work in fashion on and off the screen, Soyon has collaborated with choreographers, directors, and set and lighting designers to ensure that every production looks its best. She puts her heart and much thought into each and every costume that she creates. Soyon is not only a fashion genius but she possesses strong artistic capabilities and is determined to become one of the top costume designers in her industry. Although she has recently ventured into feature films, she would still love to continue working in areas of TV and music-related costume design, as well. Soyon An’s ultimate goal is to consult for existing clothing lines and start her own line. 96