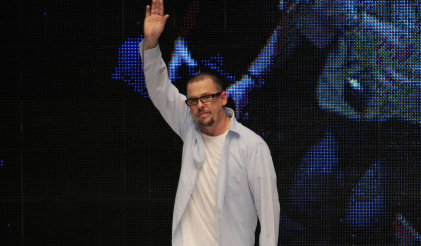 Tragedy has fallen on the fashion world, British fashion designer Lee Alexander McQueen, who dressed stars like Sarah Jessica Parker and Nicole Kidman in brilliant color and design, was found dead in his home here Thursday.

His death comes just a week before the opening of the London Fashion Week.

Asked about reports of McQueen’s death, London’s Metropolitan Police said a 40-year-old man was found dead at an address in Green Street, central London. They would not confirm his identity and said the death was not being treated as suspicious.

Runway will never be the same without him. He inspired us, and brought the future of fashion to us every season.

We will miss you Lee.