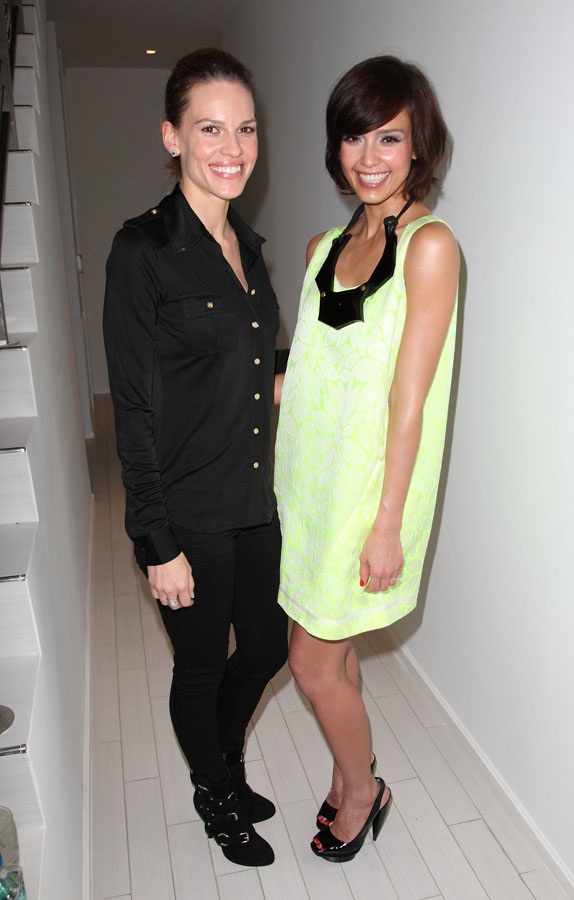 The celebrity guests stayed dry in the rain as they arrived in Audi Q7 TDI clean diesel SUV’s.

Highlights from the evening include:

-Rob Lowe and his sons got pumped for the Colts with Taylor Lautner and his family. The two groups love to watch games together and are excited for a guy’s weekend.

-Jessica Alba is pulling for the Saints! Her father has been a longtime Reggie Bush fan, and she’s excited to cheer for him at the big game. She also reflected on the joy of experiencing Miami through her daughter Honor’s eyes, who joined her parents for the trip but will not be at the stadium.

-Kate Walsh and Hilary Swank joked about the texting war they battled out earlier in the airport to see who could type the fastest. Hilary swore she could create texts with her eyes closed without any mistakes.