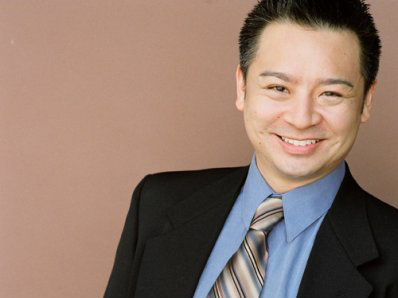 HBO’s Entourage was made even more delicious with the appearance of series regular Rex Lee. Lee plays Lloyd, the engaging and extremely funny assistant to Ari Gold (Jeremy Piven).When Lee landed the role, it was a four-episode arc. His portrayal of Lloyd was so well received that the role was expanded and he was added as a regular. Entourage is currently airing its fifth season. In addition to receiving two SAG Award cast nominations, Rex’s performance won him the 2007 and 2008 Asian Excellence Award for Outstanding Supporting Actor in Television and the “KoreAm” Achievement in Entertainment Award in 2007. Lee can be seen as part of an ensemble comedy cast in the ’08 independent feature Shades of Ray, along with Brian George and Kathy Baker. Lee has a solid background in theatre and has several independent features to his credit. He’s guest starred in several shows, including Dave’s World, Son of the Beach, Lucky, and Andy Richter Controls the Universe. In commercials, Lee is best remembered as the “Annoyed Customer” for Domino’s Pizza and starred in national spots for Dr. Pepper, Chevrolet and Wendy’s. He was born in Warren, Ohio, but he’s been a Southern California resident since age nine. His parents encouraged him to play an instrument, and at age six he chose the piano. Lee, a good student and “Math Whiz,” attended private schools from middle school until he was accepted to the prestigious Oberlin School of Music in Ohio. After two years of study, Lee decided to explore other creative outlets aside from music.When he sampled the theatre department, he says, “The light bulbs clicked on.” He transferred his interests from music to drama and received a BA from Oberlin. He returned home to Southern California to pursue his career as an actor. Rex took jobs in retail and worked at a coffee house by day while acting in local theatre at night.While co-starring in such productions as the controversial AIDS polemic, Queen of Angels, the revival of Charles Ludlam’s Camille, and Letters to a Student Revolutionary at East/West Players, the actor discovered how art can make lasting statements and generate debate about important issues. This experience shaped his passion for significant and controversial work.

After hanging out one night with Rex Lee at Axis Radius in Scottsdale, Arizona, I knew someone with such class and style had a definite place in the pages of Runway. Rex is a one of the nicest people in Hollywood, and truely in fashion both on the screen and on the town..