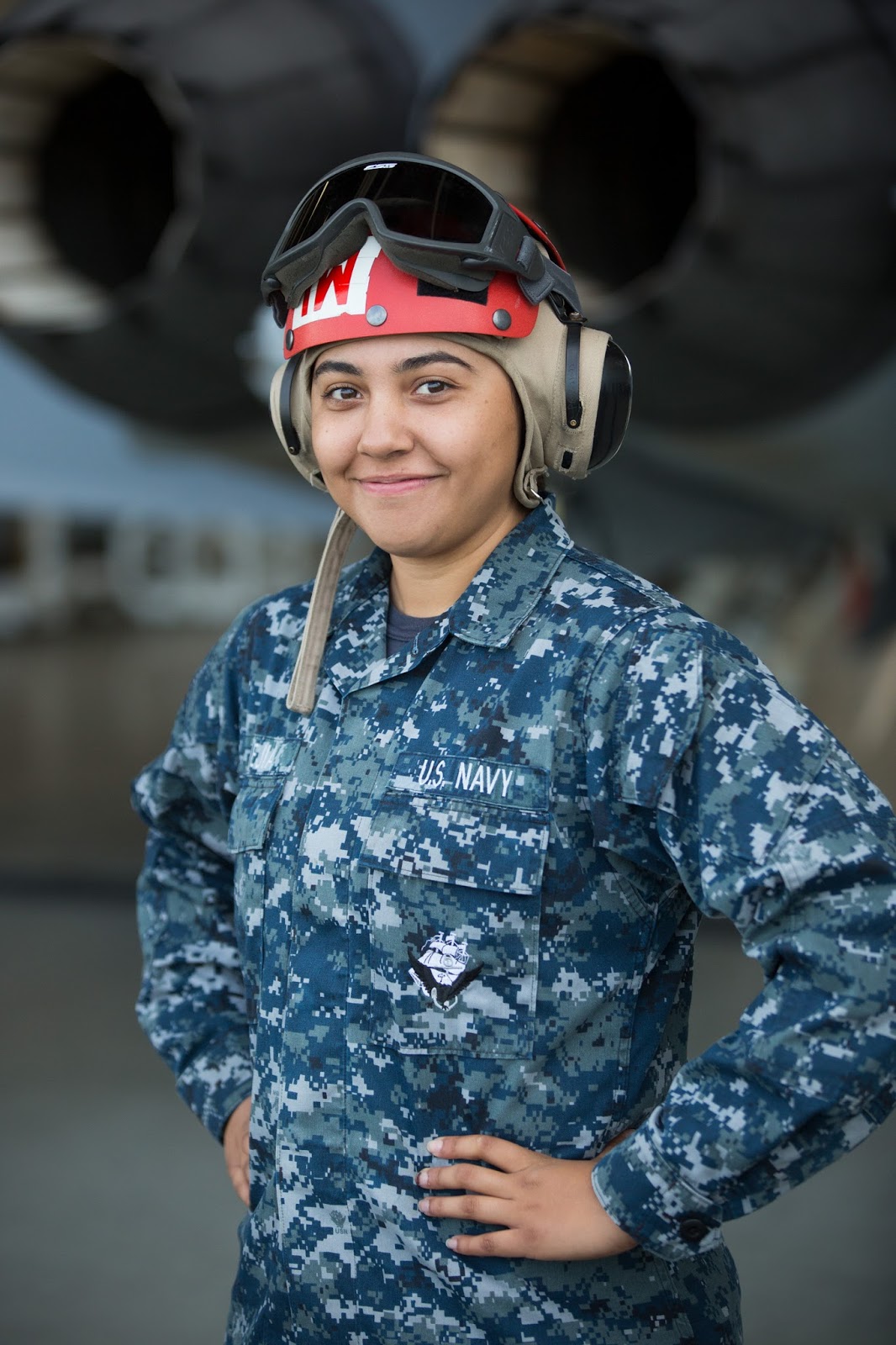 RUNWAY magazine is proud to back the men and women who put their lives on the line for all of us daily.
Check out this article on this amazing lady.

Posted by: RUNWAY magazine EIC Vincent Midnight for and

(WHIDBEY ISLAND, Wash.) – A 2015 Mesquite High School graduate and Gilbert, Arizona native is serving with a U.S. Navy strike fighter squadron that flies one of the Navy’s newest and most technologically-advanced aircraft, the F/A-18 E/F Super Hornet.

As an aviation ordnanceman, Mejia is responsible for loading bombs, bullets and missiles onto the Super Hornets.

“My job is very important and it keeps me busy,” said Mejia. “We are always on the go and learning something new.”

The F/A-18 Hornet, an all-weather aircraft, is used as an attack aircraft as well as a fighter. In its fighter mode, it is used primarily as a fighter escort and for fleet air defense; in its attack mode, it is used for force projection, interdiction and close and deep air support, according to Navy sources.

“We are a training squadron so we get to help out the pilots and prepare them for the fleet,” said Mejia.

As a member of one of the Navy’s squadrons with the newest aircraft platforms, Mejia and other VFA-122 sailors are proud to be part of a warfighting team that readily defends America at all times.

Sailors’ jobs are highly varied at VFA-122, according to Navy officials. Since the squadron is the 10th largest in the world, with over 100 aircraft operating, sailors must make up and keep all parts of the squadron running smoothly — this includes everything from maintaining airframes and engines, to processing paperwork, handling weaponry, and flying the aircraft.

Serving in the Navy, Mejia is learning about being a more responsible leader, sailor and citizen through handling numerous responsibilities.

“Serving in the Navy allows me to make my family proud while upholding the pride I have for my country,” added Mejia.