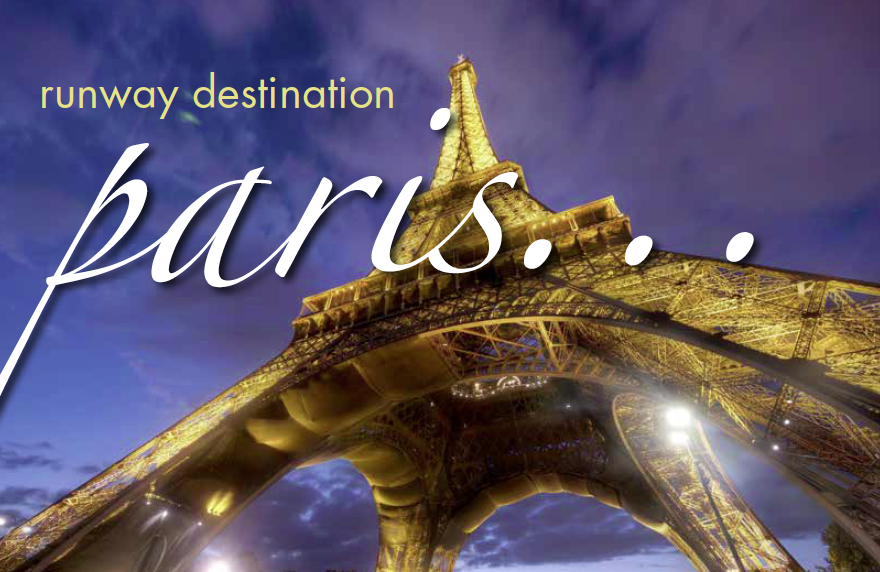 Once upon a time, there was a little girl who had big dreams. These dreams included destinations to faraway places that many can only imagine. In these dreams, there were cities of beauty, culture, lifestyle, sights and history. To have the chance to bring the reality of those dreams to life is the dream of numerous individuals, not just little girls. One such city that calls to those souls is Paris, the largest city and capital of France…our destination today.

Paris is located in the north central part of the country, and has a population of approximately 2.2 million people. Part of the attraction to Paris is the nature of its being a hub for education, business, science, politics, fashion, shopping, arts and media. What stands out, however, is the historical and cultural heritage that goes deep and wide. When visiting Paris, there are many glorious sights to see. We will highlight a few, as there are too many to capture them all.

Avenue Nicholas II, looking towards the Dome of the Invalides, is probably one of the most recognizable Domes ever. The dome itself is 107 meters high, making it one of the tallest monuments in Paris. It is centrally placed to reflect honor for many of the country’s war Heroes. This is accomplished by utilizing buildings within 15 courtyards. The inside of the dome was painted by Charles de La Fosse, disciple of the well-known 18th century French painter, Charles Le Brun.

Another central landmark in Paris is the Louvre Museum, which is a historical monument as well as the national museum of France. It is located on the Right Bank of the Seine in the 1st (neighborhood) arrondissement. It is known to be the most visited museum in the world, and is possibly the most famous one. There are almost 35,000 objects exhibited from the 6th millennium BC to the 19th century AD. The museum is housed in the Louvre Palace (Palais du Louvre) which began as a fortress built in the late 12th century under Philip II. Remnants of the original fortress are still visible.

One of the most famous locations in Paris (that dreamers and lovers often want to experience) is the Eiffel Tower at Champ de Mars in Paris. The tower was built by Gustave Eiffel in 1889 for the World Fair, where it has been remembered as the star attraction. It held the title as the tallest man-made structure for 41 years. There are two main levels for visitors. It is approximately 300 steps to the first level, and then another 300 steps to the second level. Each of those levels include a restaurant for visitors. There is a third level, however, and this is only assessable via lift and is not normally available to the public for viewing.

Notre Dame de Paris is one of the most prominent examples of Gothic architecture in both France and in Europe. The naturalism of its sculptures and stained glass are in contrast with earlier Romanesque architecture. The Cathedral was built in 1163, with the new gothic style that had to reflect Paris’ status as the capital of the Kingdom France. It was also the first cathedral built on a monumental scale. It became the prototype for future cathedrals in France, like the cathedrals of Amiens, Chartres or Rheims. Notre Dame surpasses the Eiffel Tower as the most visited monument in Paris and all of France.

The beautiful and lovely monument of Fontaine Saint Michel is located at Place Saint-Michel in the 5th arrondissement in Paris. It was constructed in 1858-1860, during the French Second Empire by the architect Gabriel Davioud. A notable sculpture by Francisque-Joseph Duret (which depicts Archangel Michael and the devil) is the centerpiece of the Fontaine Saint-Michel.

From locations to experiences, Paris Fashion Week (PFW) accentuates the beauty that Paris contains and exudes through its fashion and style. Once a year fashionistas from all over the world travel to Paris to follow the trends and set the tone for each major season. During that week, the Parisian streets transform into a runway that is the most stylish, with top industry individuals attending the breathtaking fashion shows. Designers, fashion houses, labels and others enjoy seeing the spring / summer and the autumn (fall) / winter collections. This is one of those once in a lifetime experiences where dreams can become reality.

So for those who believe that dreams can come true, Paris awaits you…