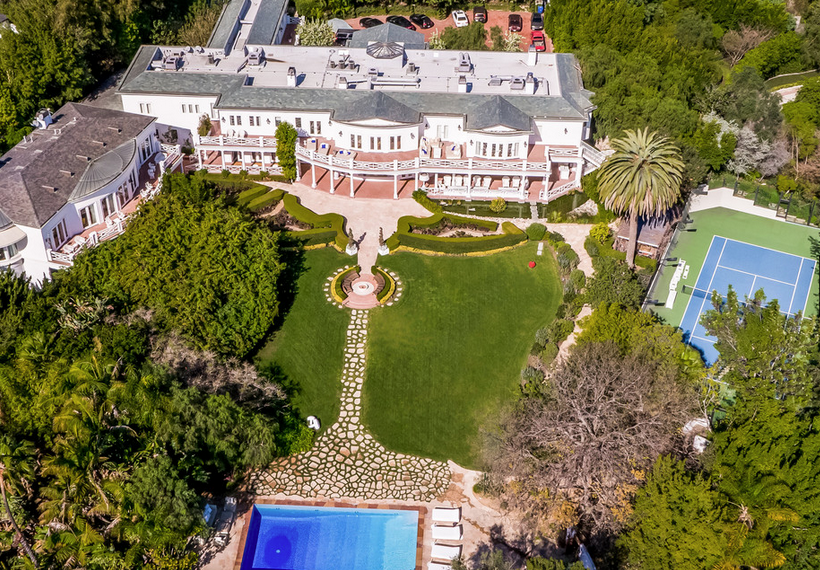 Fashion designer Max Azria is putting his 17-bedroom Los Angeles home on the market for $85 million.

Designed by architect Paul Revere Williams in the 1930s, the Holmby Hills property has about 30,000 square feet of living space, according to Jaime Cuevas of the Agency, who is listing the home with the Agency’s Mauricio Umansky and Billy Rose. In the two-story home’s entryway, there is a floor-to-ceiling waterfall chandelier made from over 150,000 hand-placed crystals, Mr. Cuevas said. A home theater has a candy and popcorn bar. In Mr. Azria’s office, there is a domed, gold-leaf ceiling. The kitchen has a walk-in refrigerator—the Azrias have frequently used the property to entertain and host events, and are known for their Shabbat dinners, Mr. Cuevas said.